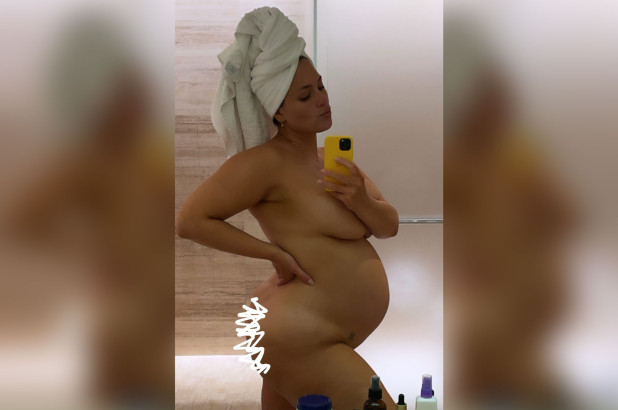 Ashley Graham, model 33 and mother of one with another on the way shows off her growing baby bump. On Thurs, the model was spotted on her Instagram stories in a bathroom with nothing on but a towel on her head. She used one arm to cover up her boobs and a camouflage booty.

The model who is married to Justin Ervin 32, announced earlier this month to be expecting her second child.  The former sport illustrated model and a current tiffany & co model as seen on her IG page said:

“the past year has been full of tiny surprises, big griefs, familiar beginnings and new stories,” she wrote in an Instagram post along with a photo of her bare baby bump.

“i’m just beginning to process and celebrate what this next chapter means for us ❤️,”

Graham and her husband recently welcomed their 1-year-old son – Isaac sometime in January last year. Ashley Graham is a woman with curves and she’s not afraid to show off her body. She’s been a strong advocate of women embracing their bodies, both the skin and the stretch marks. 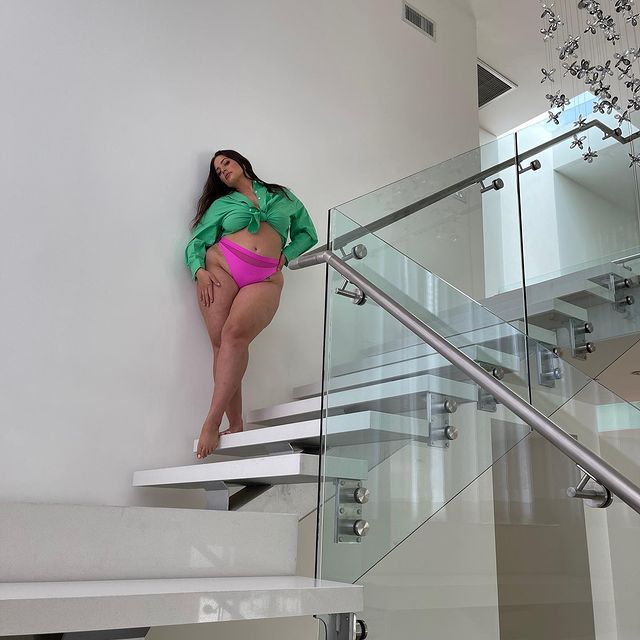