The spring SS’20 runway  was filled with trends and style inspo for magazine covers and fashionistas around the globe. But the easy to miss part of the runway are the beauty looks, from makeup to hairstyles.

We at COVET noticed the hairstyles on the SS’20 runways that we are ready to rock from now into SS’30.  After all, hairstyles are really the crowning touches of any look — and if they’re finished with look-at-me hair accessories or hats, even better.

The hairstyles came in varying degrees of sleekness, some styles were brushed off the face, razor sharp part with smooth finish and some shows took a more saturated, messier approach to wet-look hair with a caught-in-the-rain vibe, while others presented drier takes, many of which nodded to the 80s. Hairlines were frequently slicked down, either part placement from straight down the middle to deep on one side.

Some opted for updos that were positioned at the nape of the neck and It didn’t matter whether it was a bun, ponytail or twisted loop and some added a twist to the hairstyles by surprising us with the grown-up pigtails styles.

Checkout the the hair trends straight from the Spring 2020 runway: 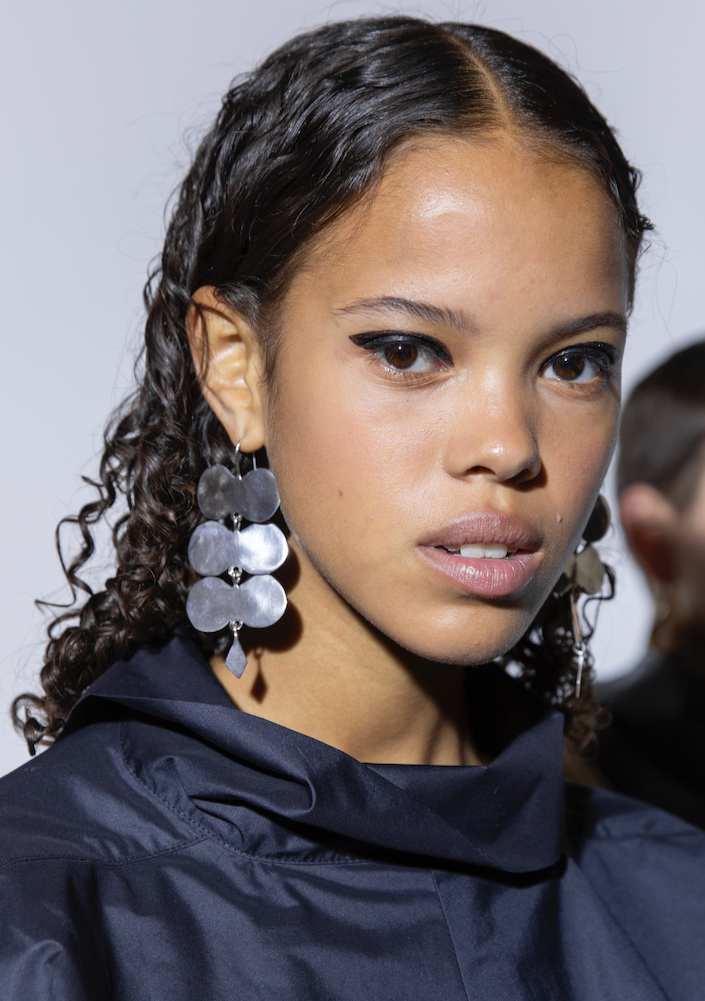 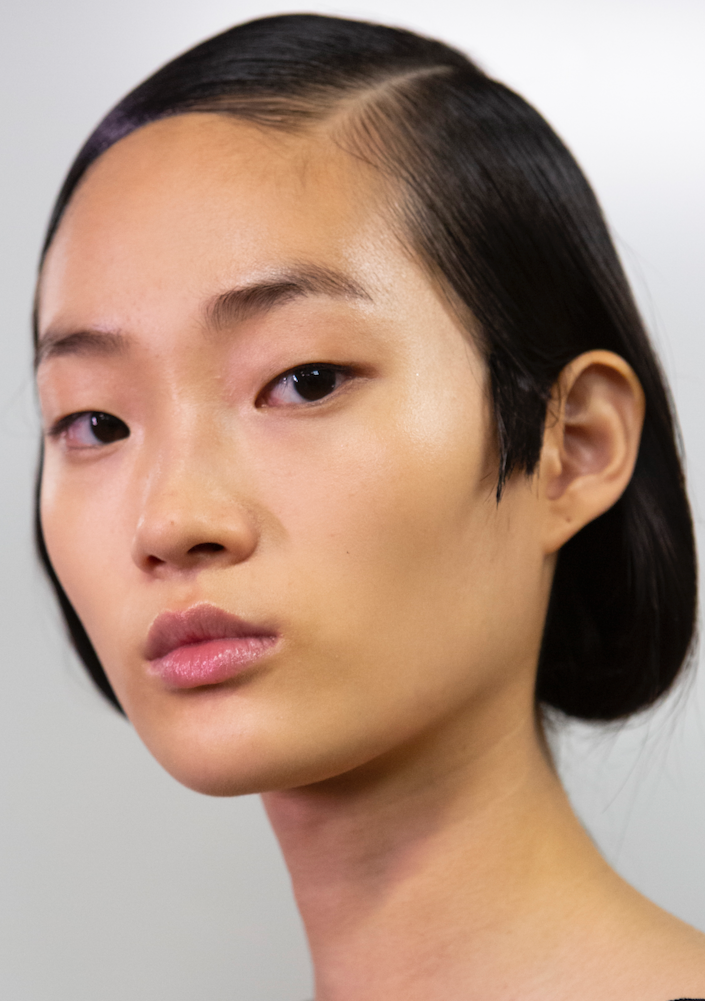 Some may be tempted to get their rulers out to recreate the sharp center parts at 3.1 Phillip Lim. The natural texture of models’ hair balanced the severity of the crisp parts created by Gary Gill. 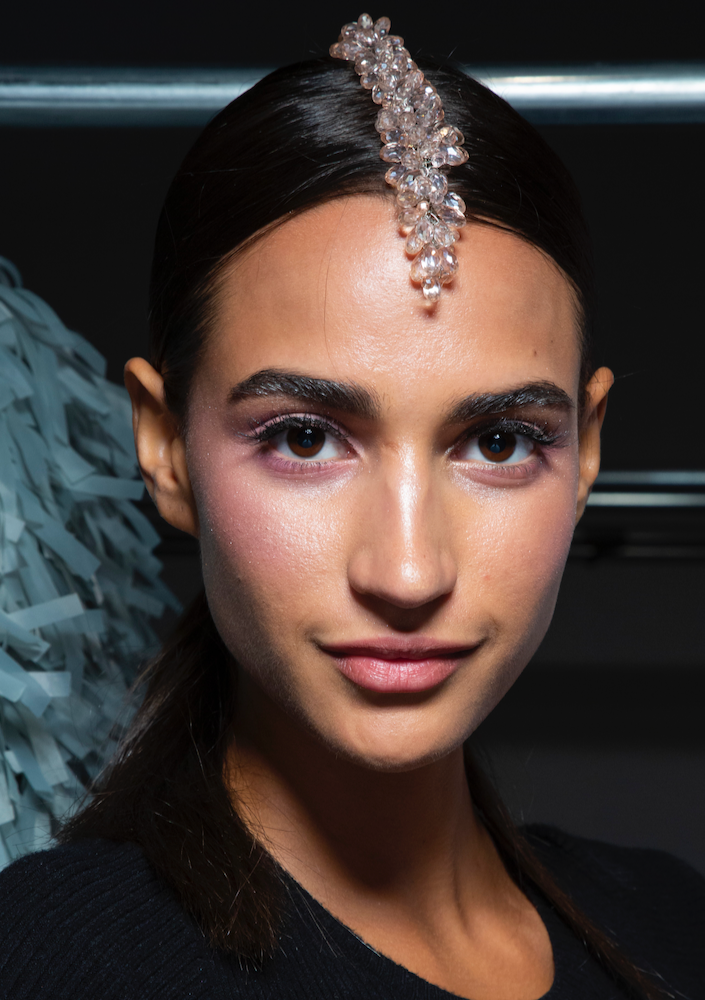 Every hair accessory at Afffair was extra, from the outsize floral clips to the beaded headpieces decorating parts. 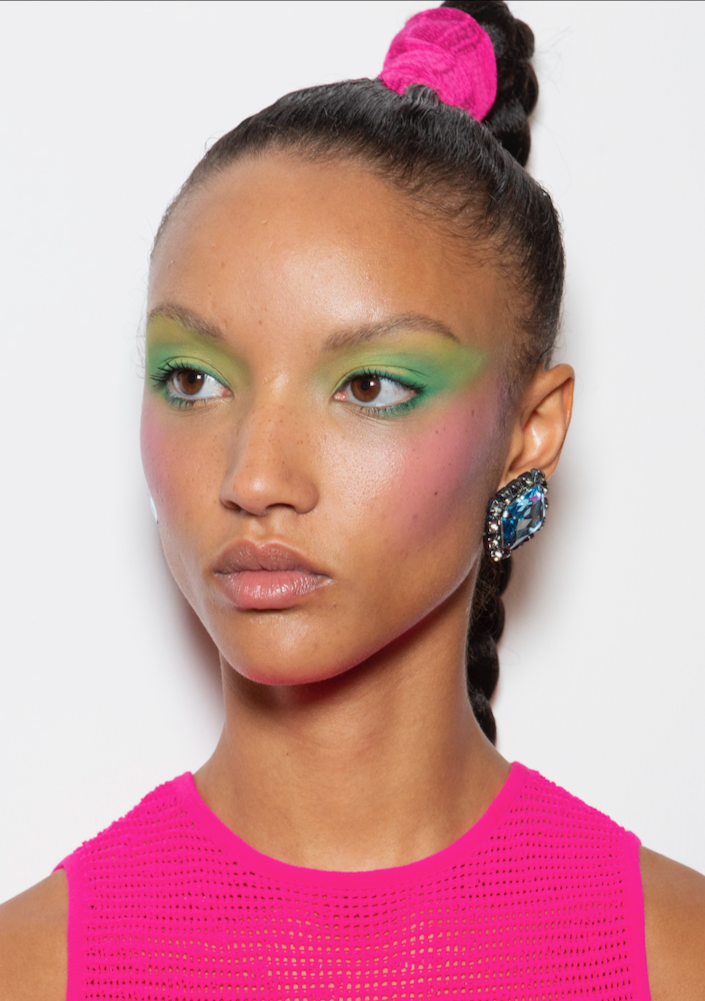 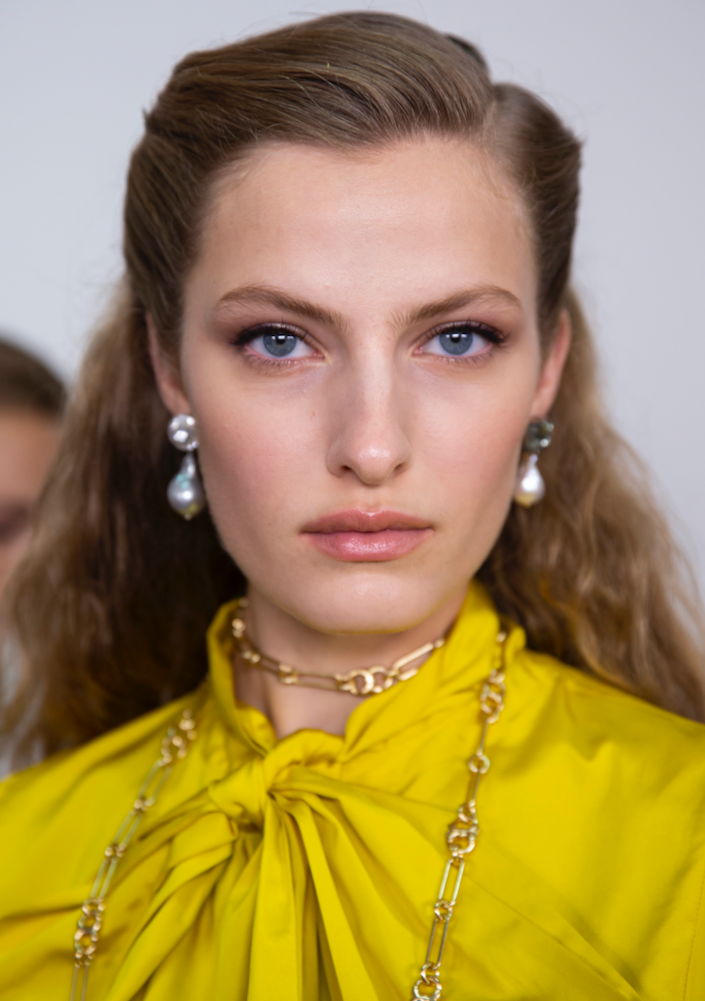 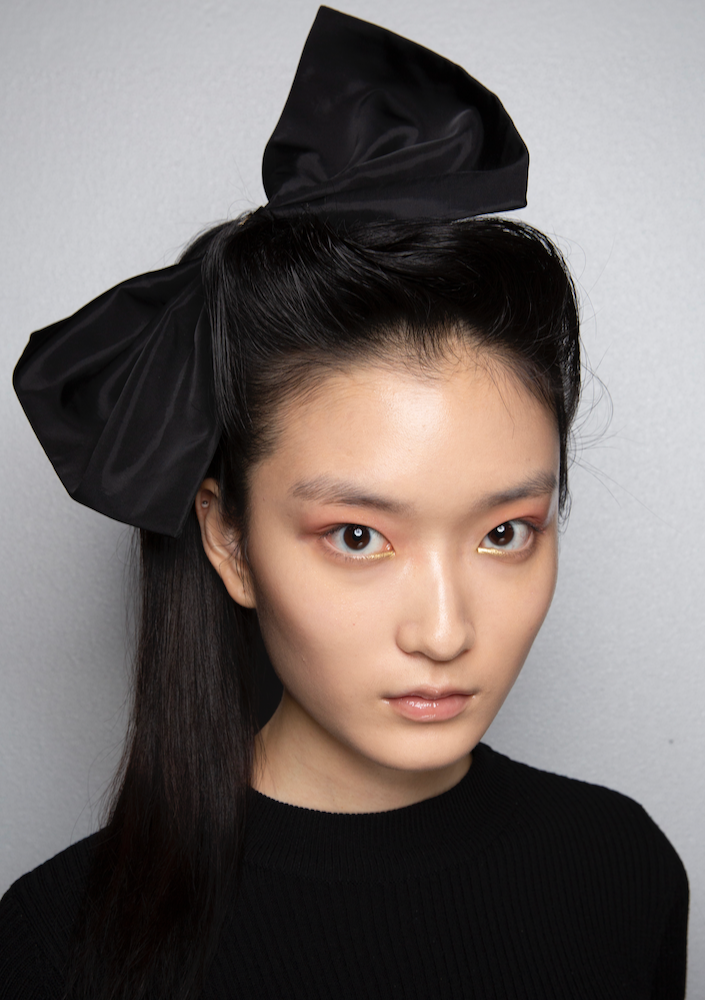 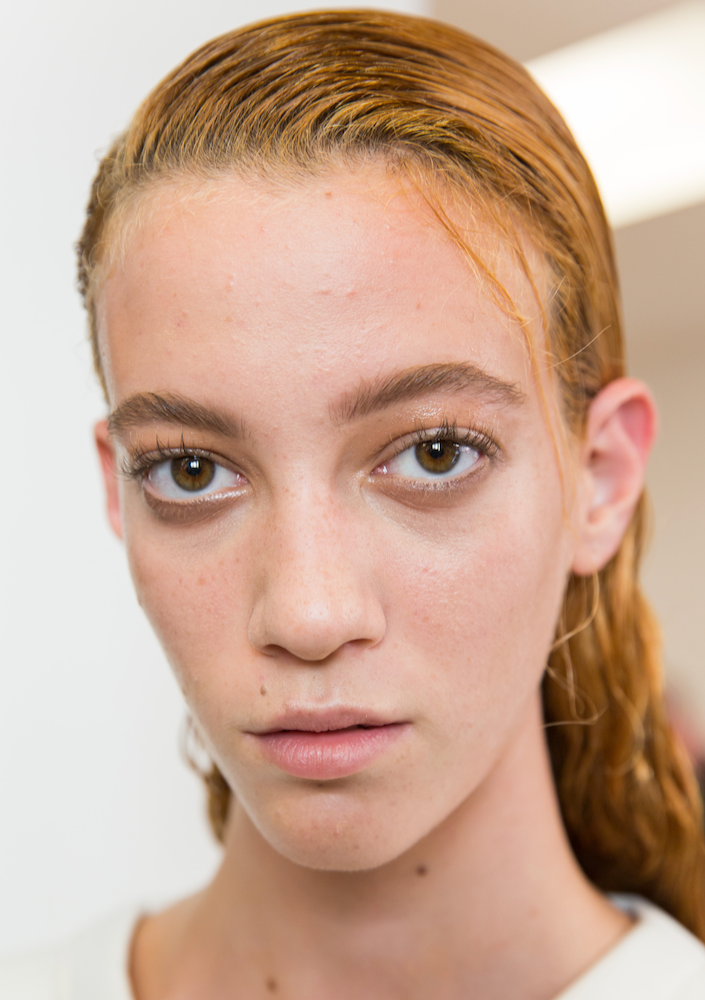 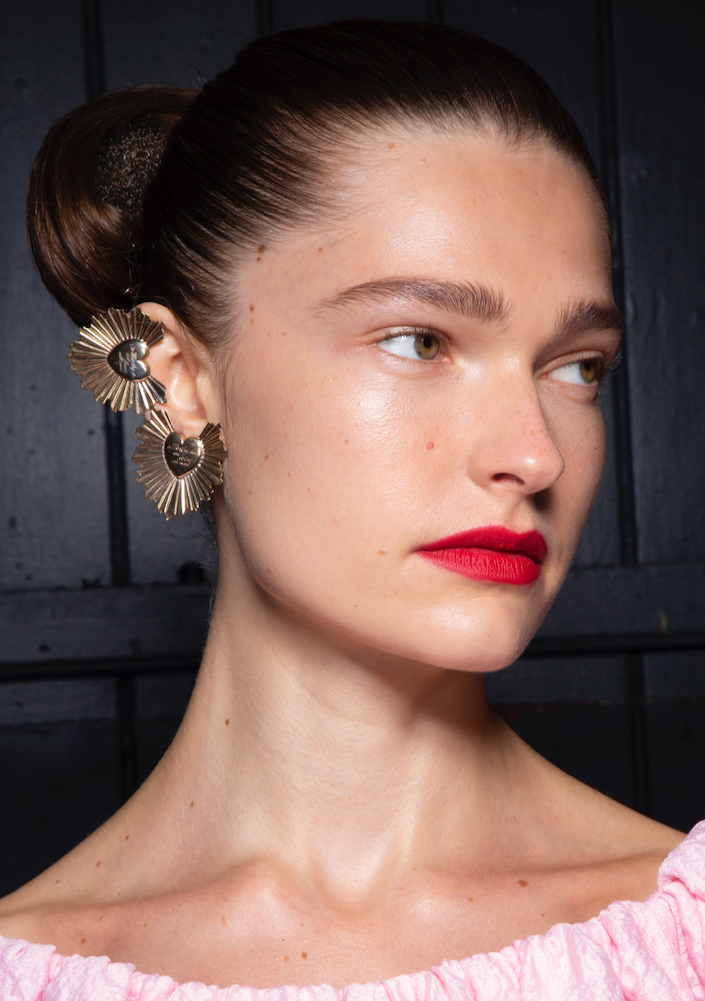 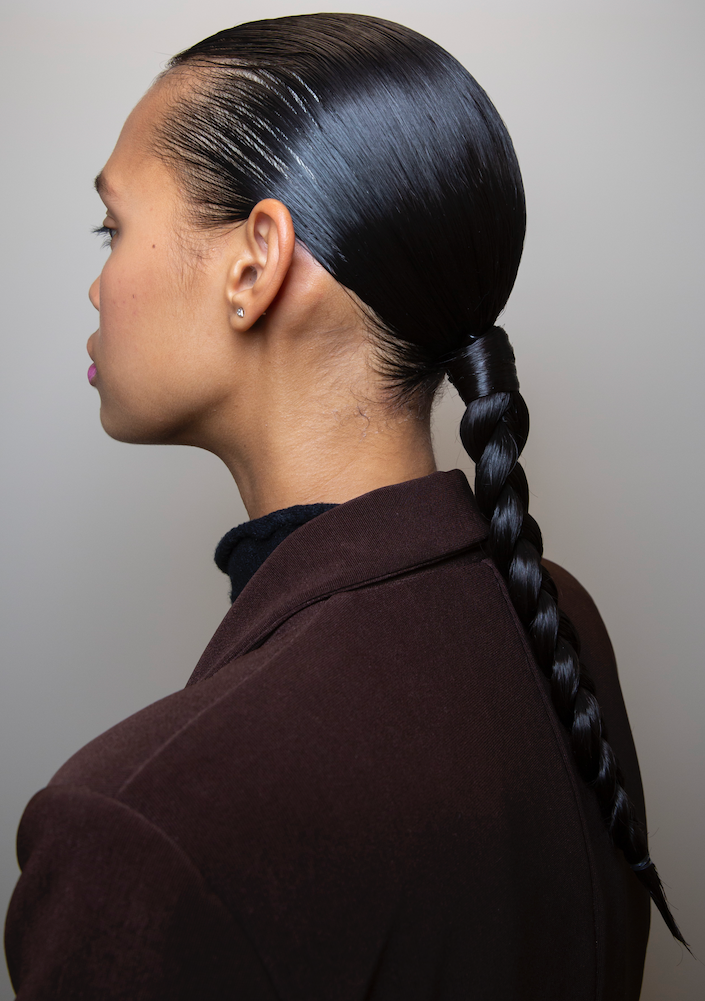 Models’ locks were sectioned into deep side parts with wet-look strands at United Colors of Benetton. Almost every hair was in place save for an intentionally messy strand on foreheads. 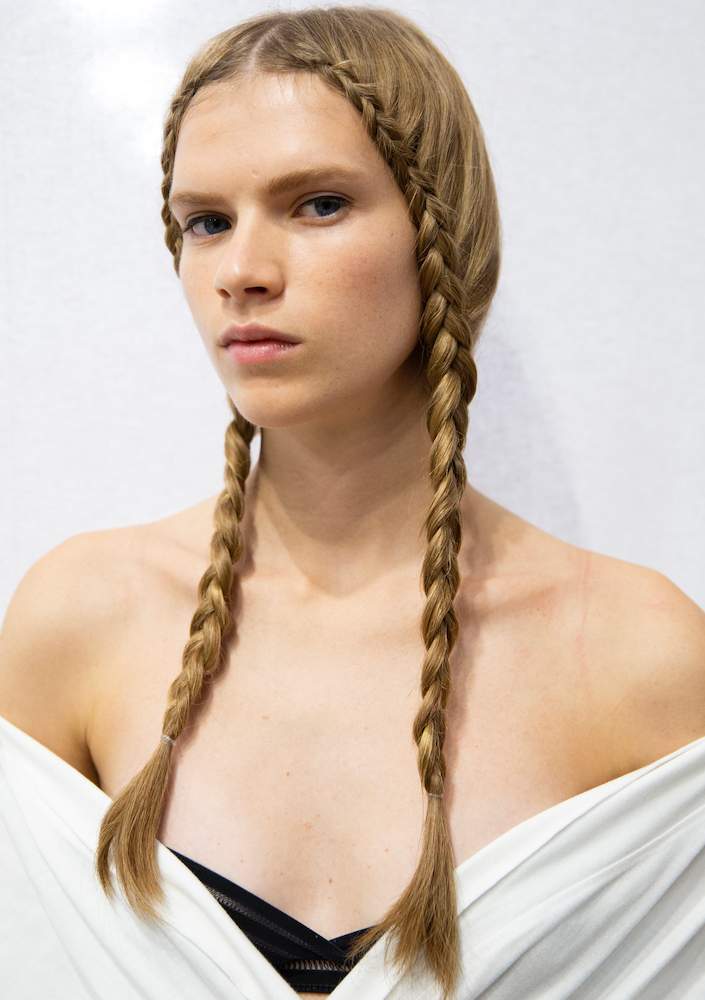 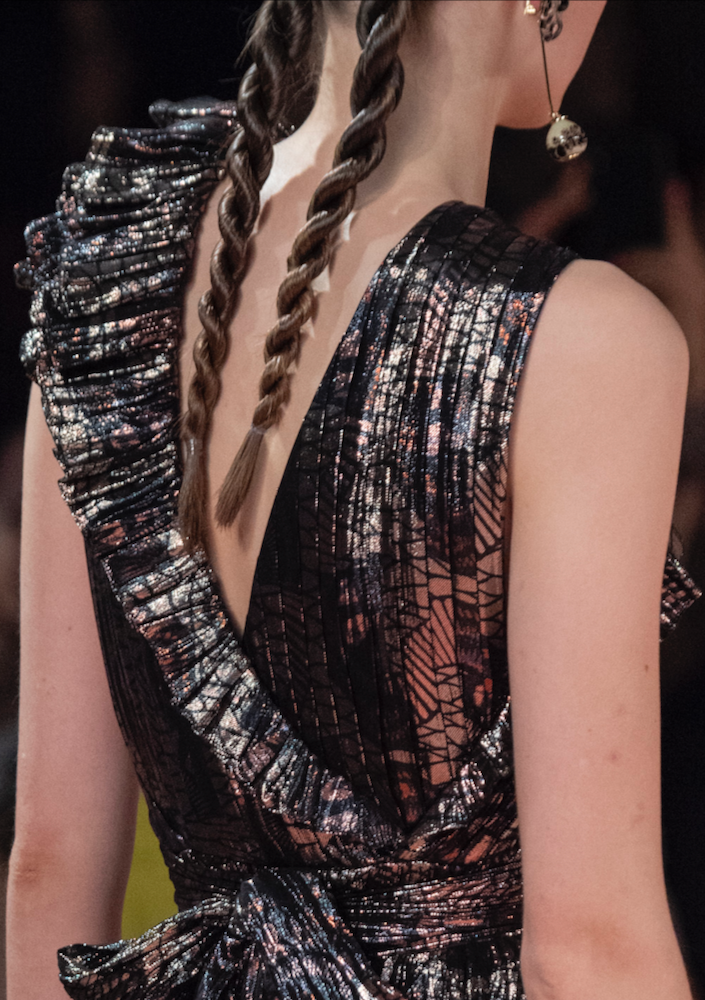 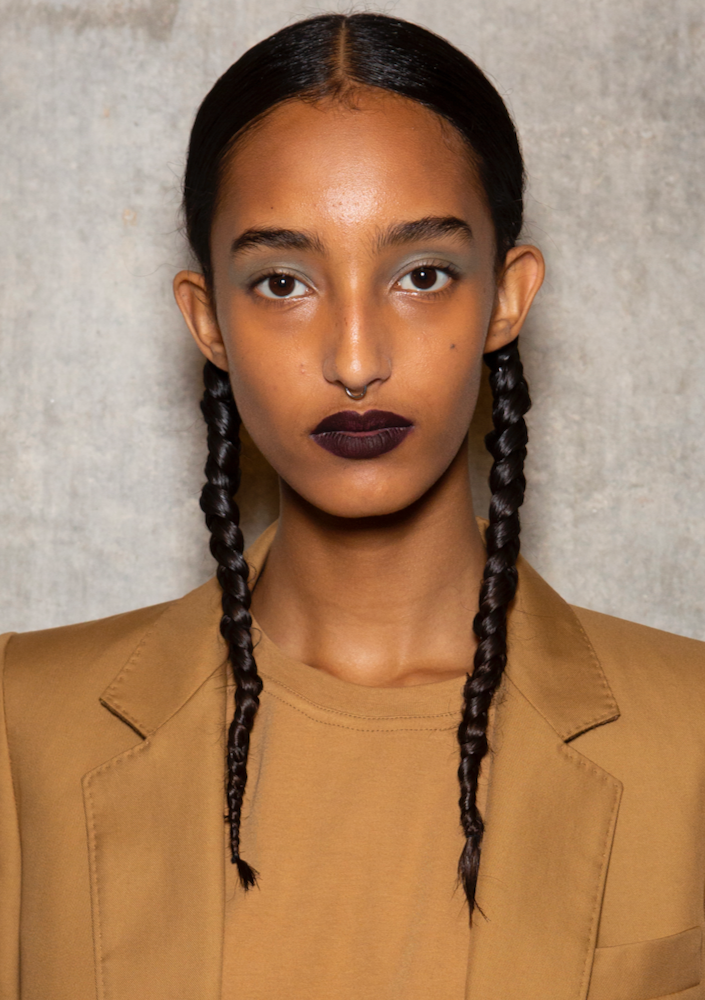 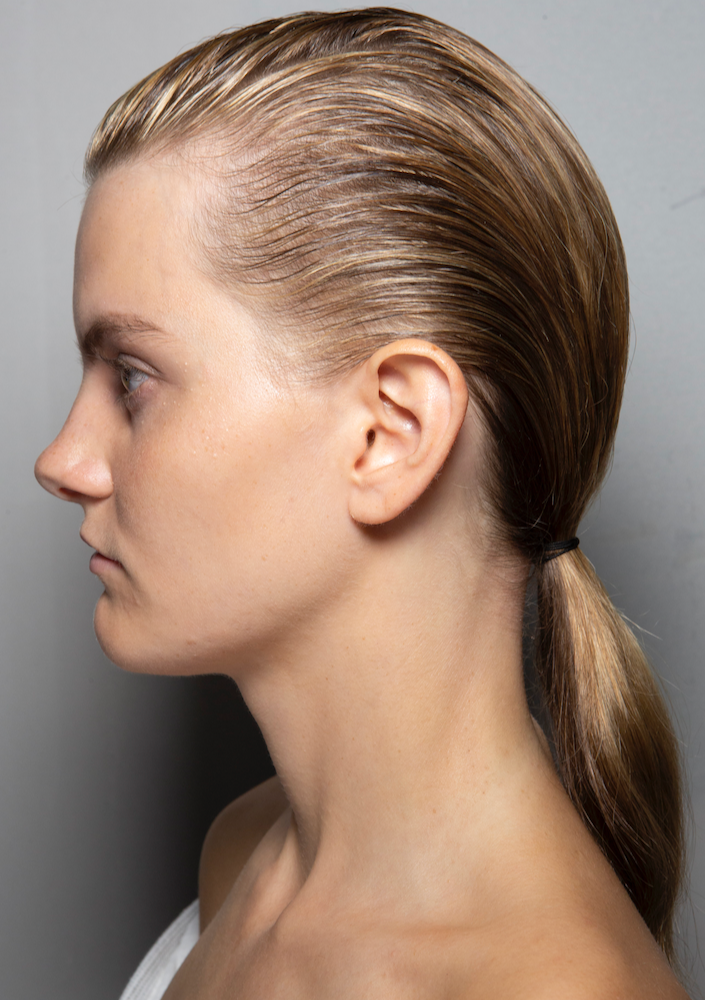 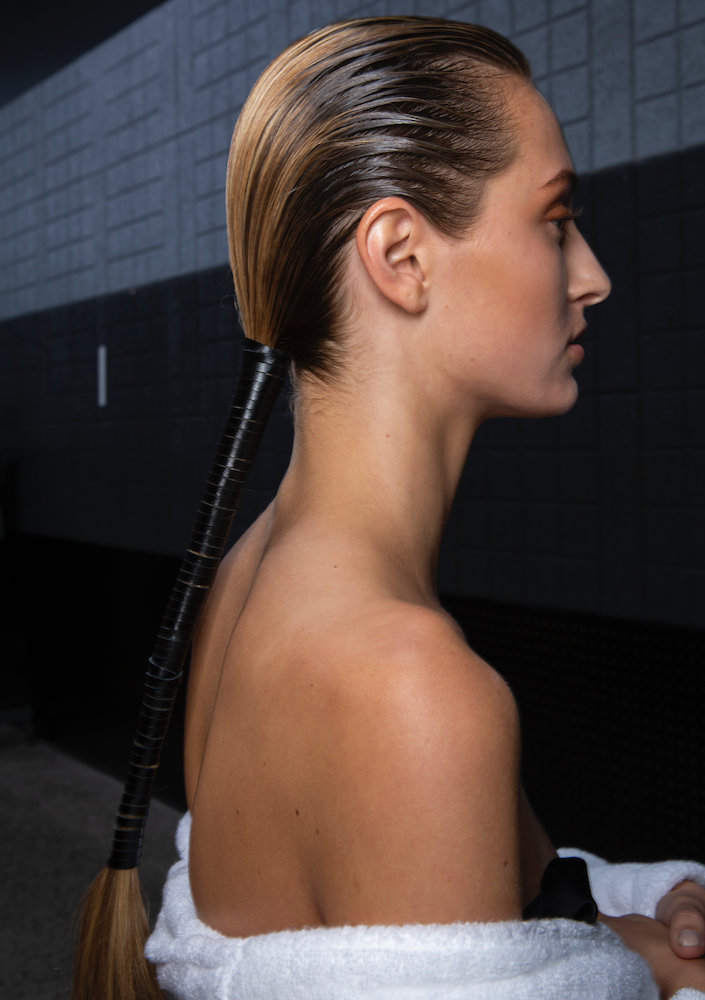 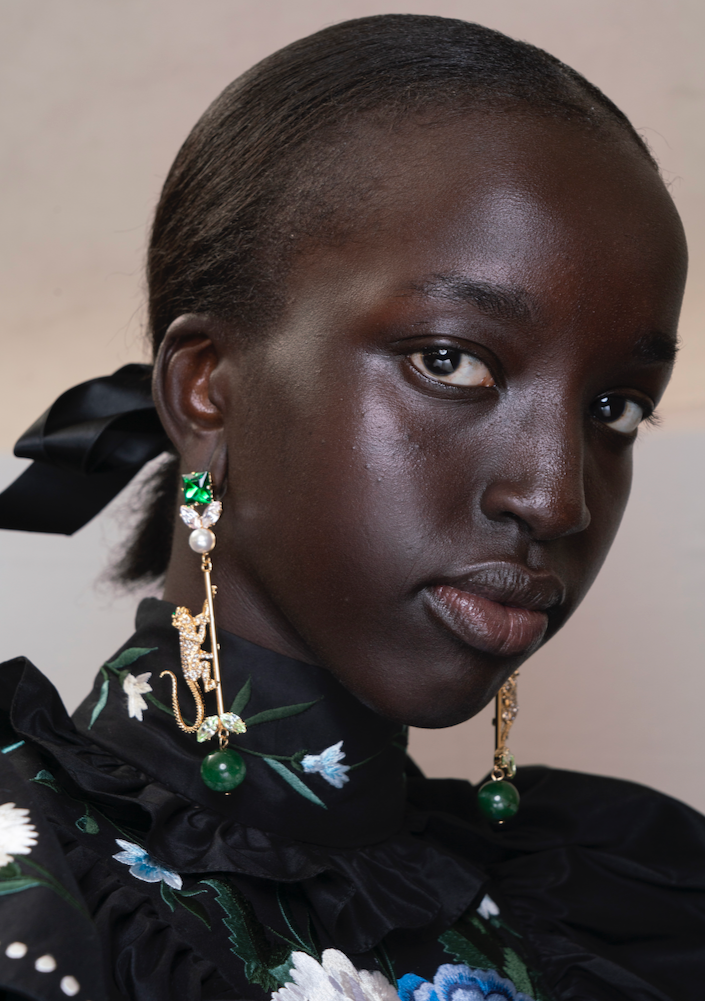 The ponytails were so low and sleek during the shows like that of Christopher Kane, that you’d almost thought models didn’t have any tails. That changed when they turned to the side.