In honour President Trump, there was a state banquet with 16 members of the royal family to attend. The event which took place on the 3 June, is seen as the highest honours possible for visiting head of state, the dinner is to “celebrate an alliance that has helped to ensure the safety and prosperity of both our peoples for decades” said the host Queen Elizabeth. The Queen who was donned with the Burmese Ruby Tiara, which was commissioned from Garrard & Co. in 1973 using diamonds taken from the Nizam of Hyderabad Tiara and the 96 rubies that were given to her as a wedding present from the people of Burma (now Myanmar). 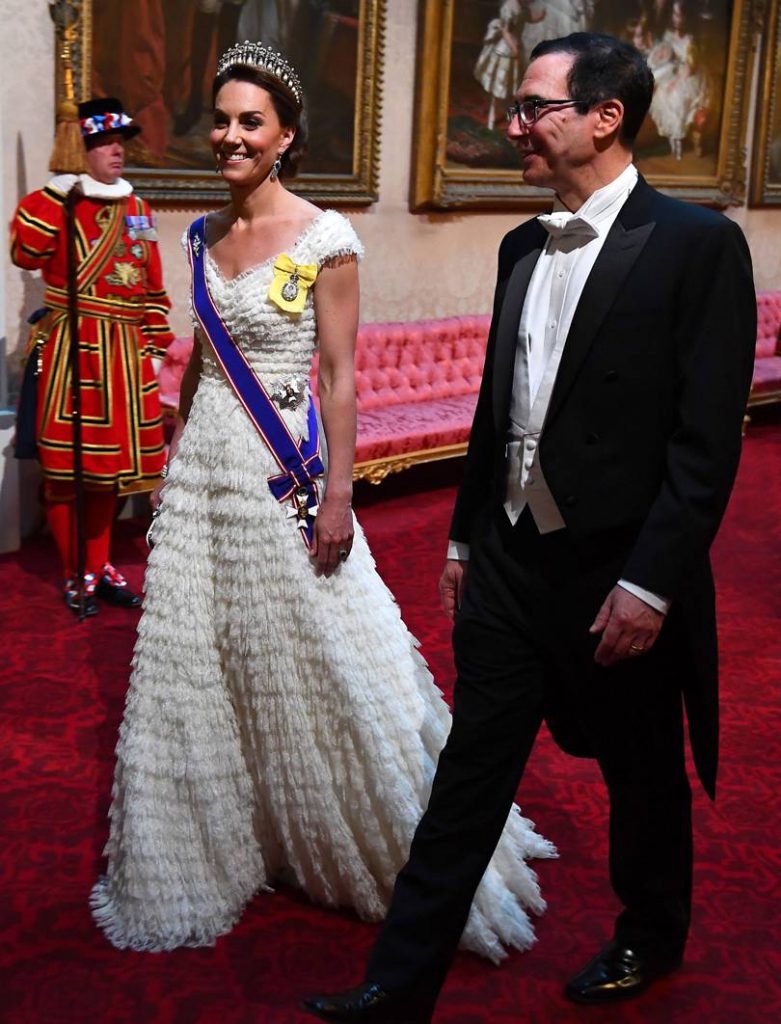 During the event was also present the Duchess of Cambridge who wore a beautiful Alexandra Mcqueen gown an unabashedly glamorous gown befitting the formal dress code. FLOTUS Melania Trump on the other hand, was wearing a dior gown with sheer neck detailing and matching gloves. Whilst most of the dignitaries at the event were invited on the basis of their cultural, diplomatic or economic links to the US, the Duchess of cambridge, was there to support the monarch, whom Trump praised as “the spirit of dignity, duty, and patriotism that beats proudly in every British heart”. But wait where is the United Kingdom sweetheart, The Duchess of Sussex Meghan Markle? The symbolism of how Diversity has taken over the world.