The first campaign of Raf Simons and Prada era has arrived, the result is definitely a genius craftmanship. Since the announcement of the brand’s co-creative director – Raf Simons, the anticipiation to see what the power-sharing creatives will design has been high. We are definitely not dissapointed. This is the first collection designed by Raf Simons and Miuccia Prada together and the simplicity, artistic and modern take put into the project is definitely appreciated by Prada’s audience.

“Contemporary life is shaped by technology. It has radically redefined our perspective on ourselves, and through that our collective perspective, on humanity,” It “explores these realities of living today — a reality echoed by fashion, visions of which have been uniquely framed by and mediated through technology during the past year. A reflection of a creative dynamic.”

The models were shot using a 360º angle to view the collection with “hundreds of cameras” that encircled the models. This explains why the brand’s inspiration was derived from technology and how it plays a vital role to the perception of the world around us. The digital world is almost the only way to live, earn money and do many things nowadays. We work from home using technology, we socialise using technology, and the list is endless. So it’s no surprise to us that our favourite designers are paying attention to this and let it inspire them.

“Technology has been visionary. It has enabled people to communicate regardless of space and time, drawing individuals together in intimacies even when apart,” said Prada. “If technology is a tool, fashion can be, too — it is a cultural barometer, a mirror, inevitably engaged in a constant rapport with its moment of creation.”

The new technological lifestyle has empowered fashion to push boundaries. We now see fashion houses using minature to express their creativities, using softwares like Zoom to create a fashion show, what about the use of technology in the desigining of their pieces e.g laser cuts, and now the use of hundreds of cameras to create a 360º angled multiple images as an image.

The “Dialogues” campaign references the time during Milan Fashion Week were the two co-creative directors Raf and Miuccia sat down to answer questions asked by their fans across the world.  The continous hunger to know what its audience wants, has made Prada to ask what you think this time around and your answers can be submitter at Prada.com. The brand said “Responses received will become components of the campaign’s continued rollout, vital parts of a dialogue that will continue.”

Checkout the full campaign below: 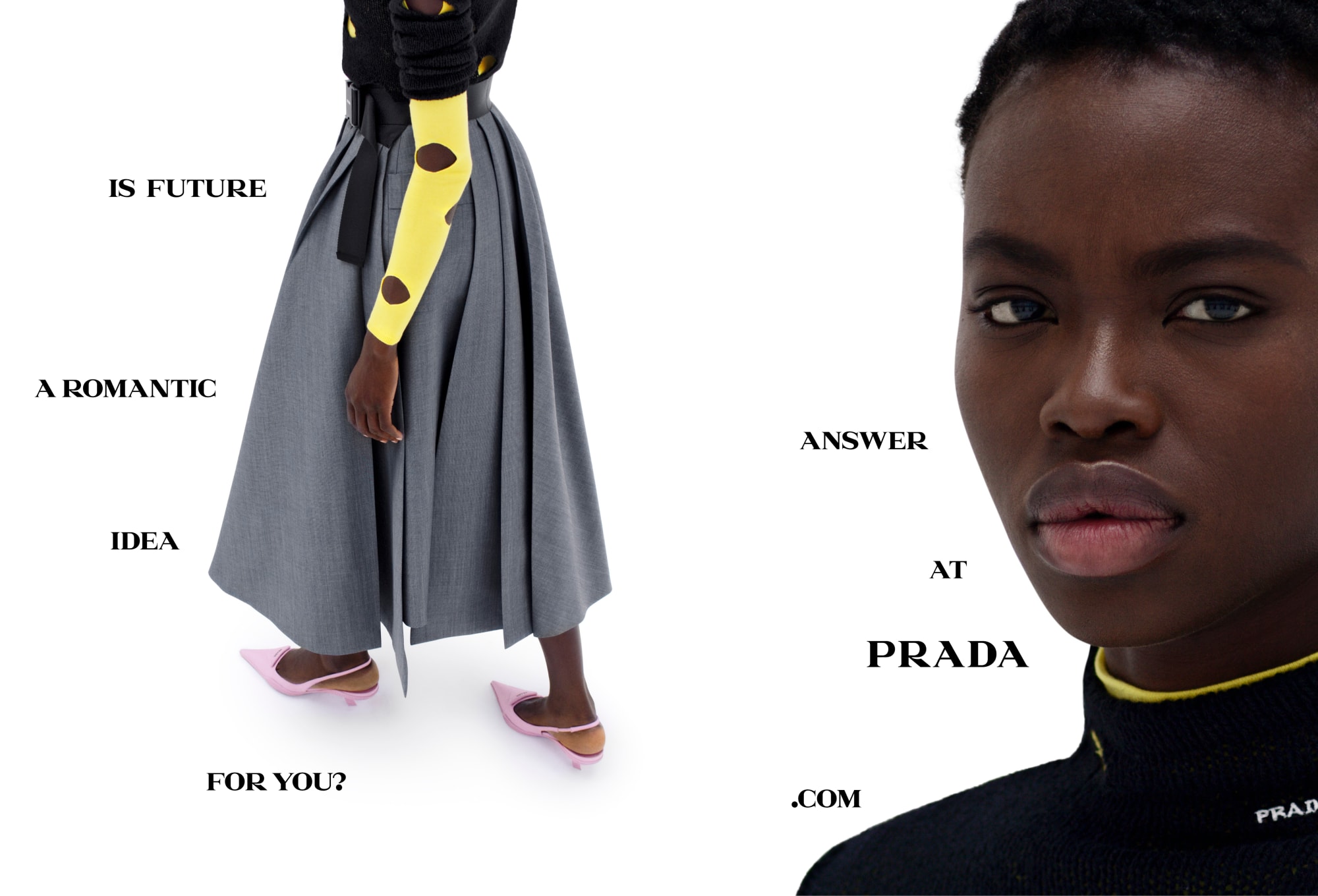 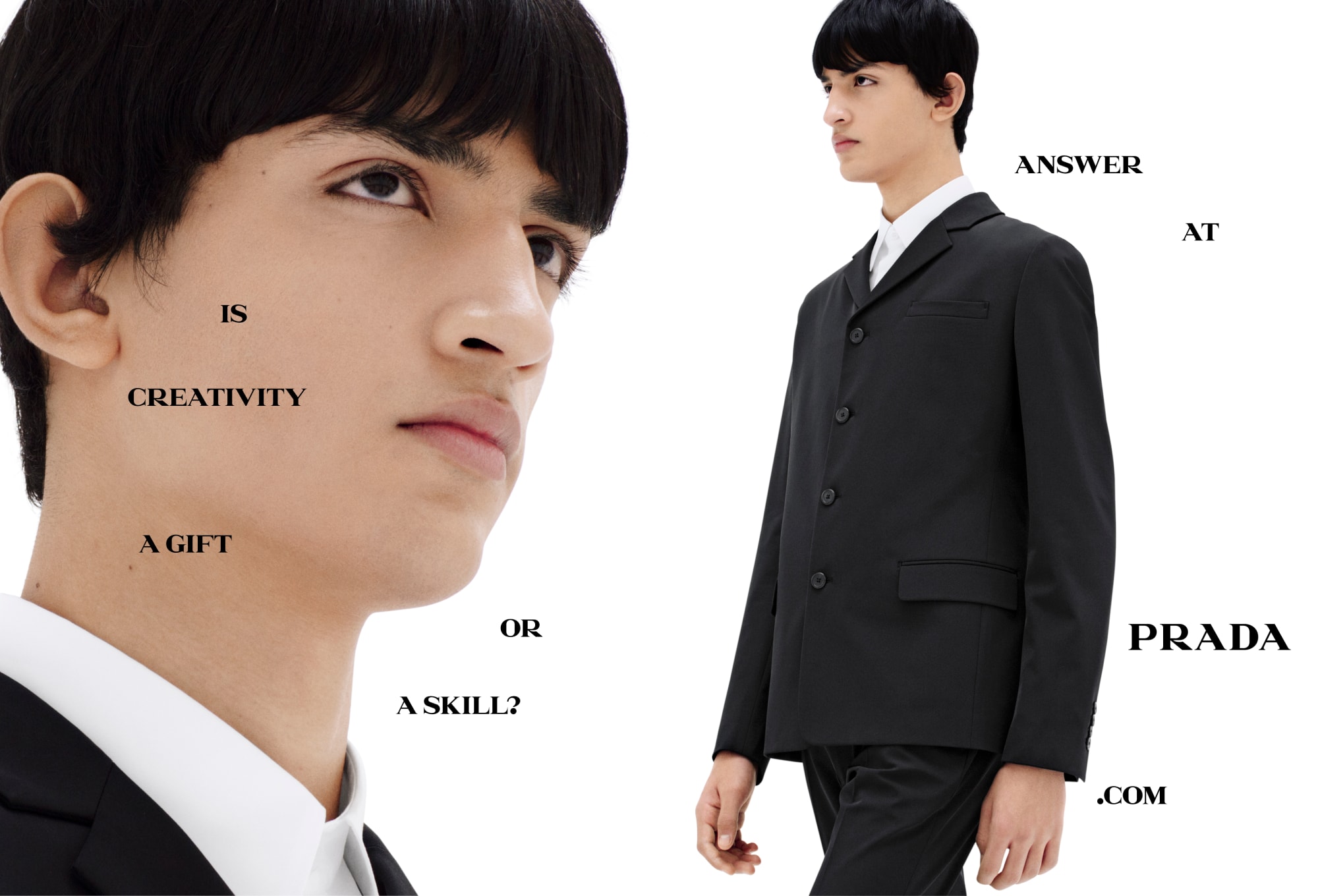 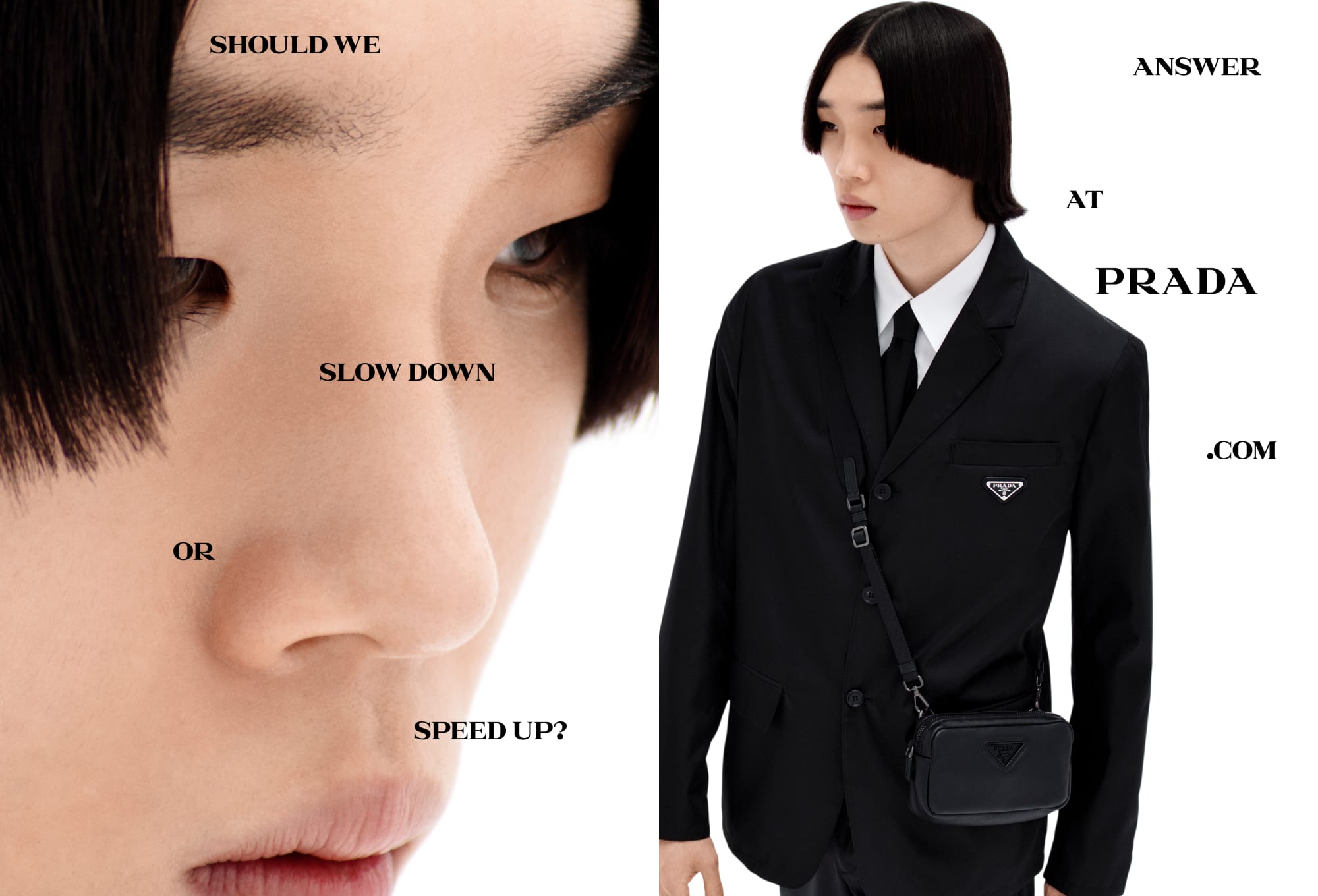 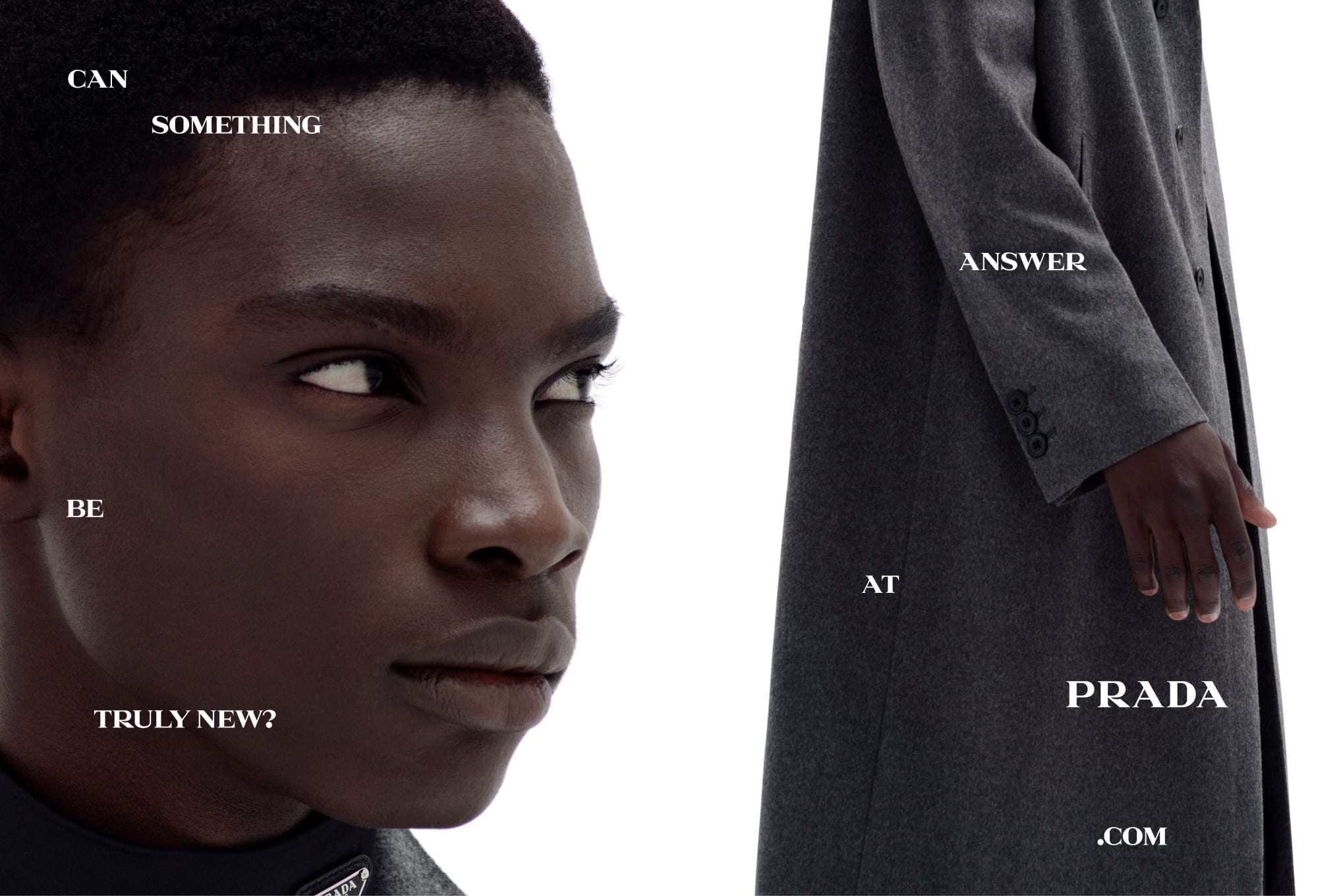 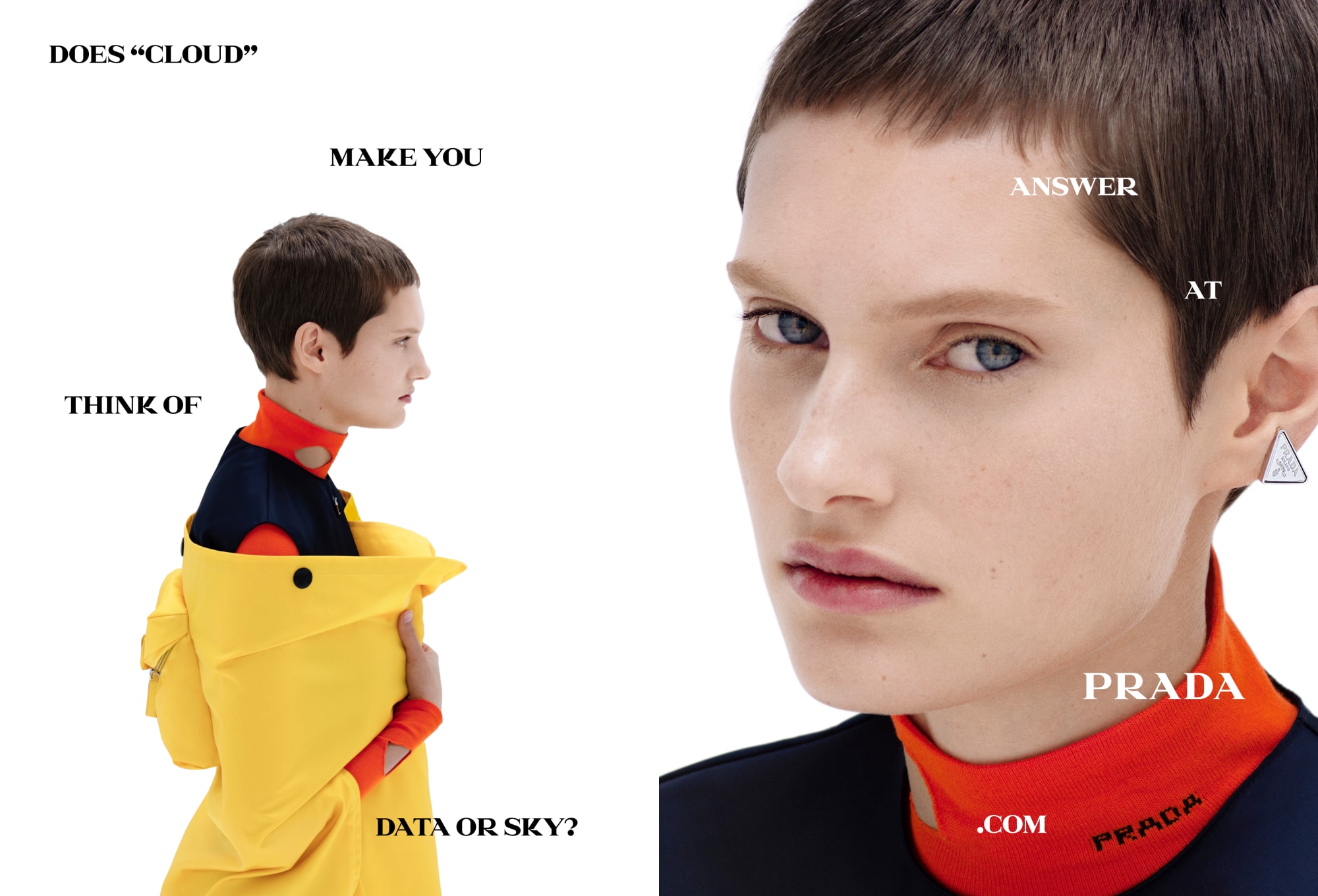 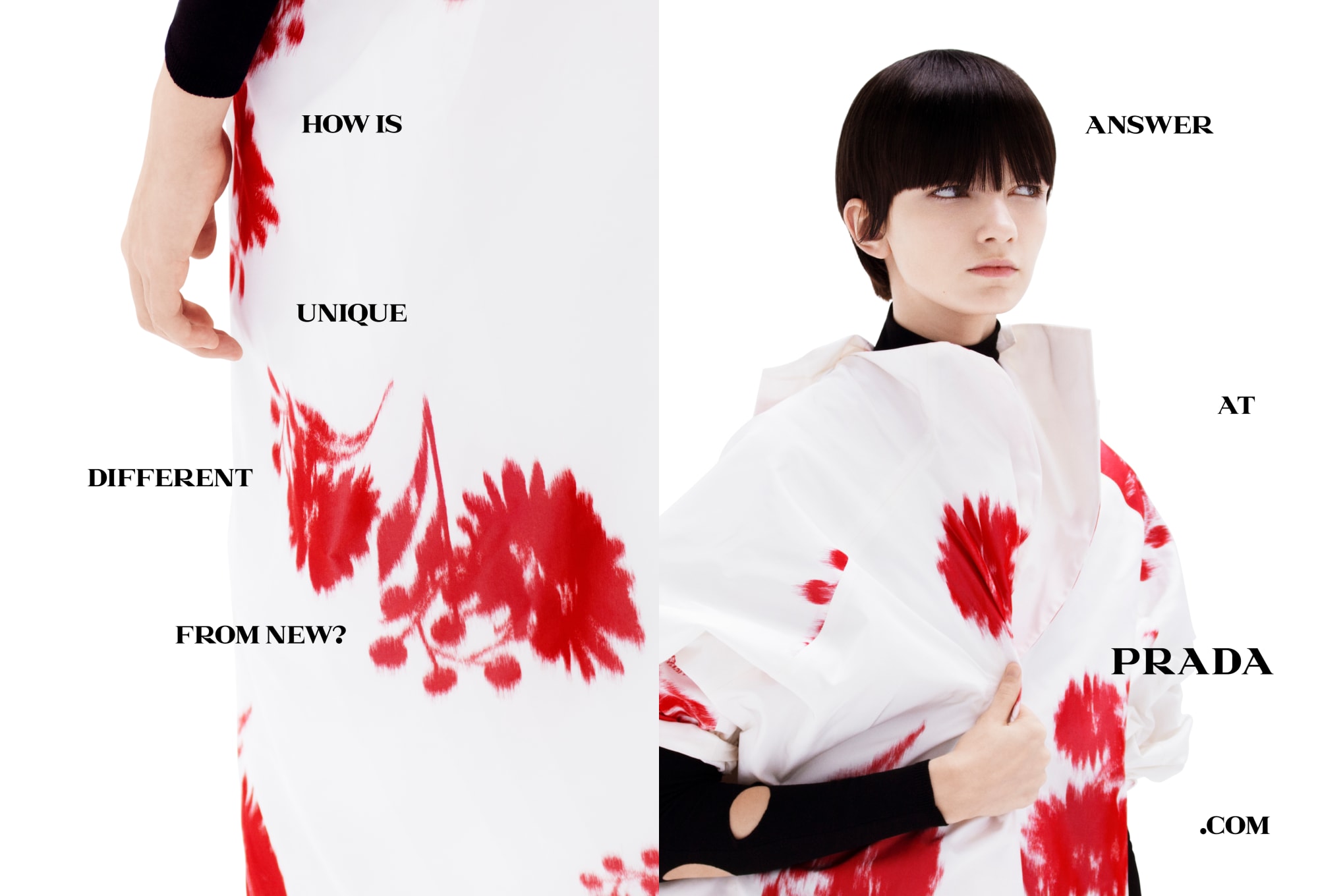 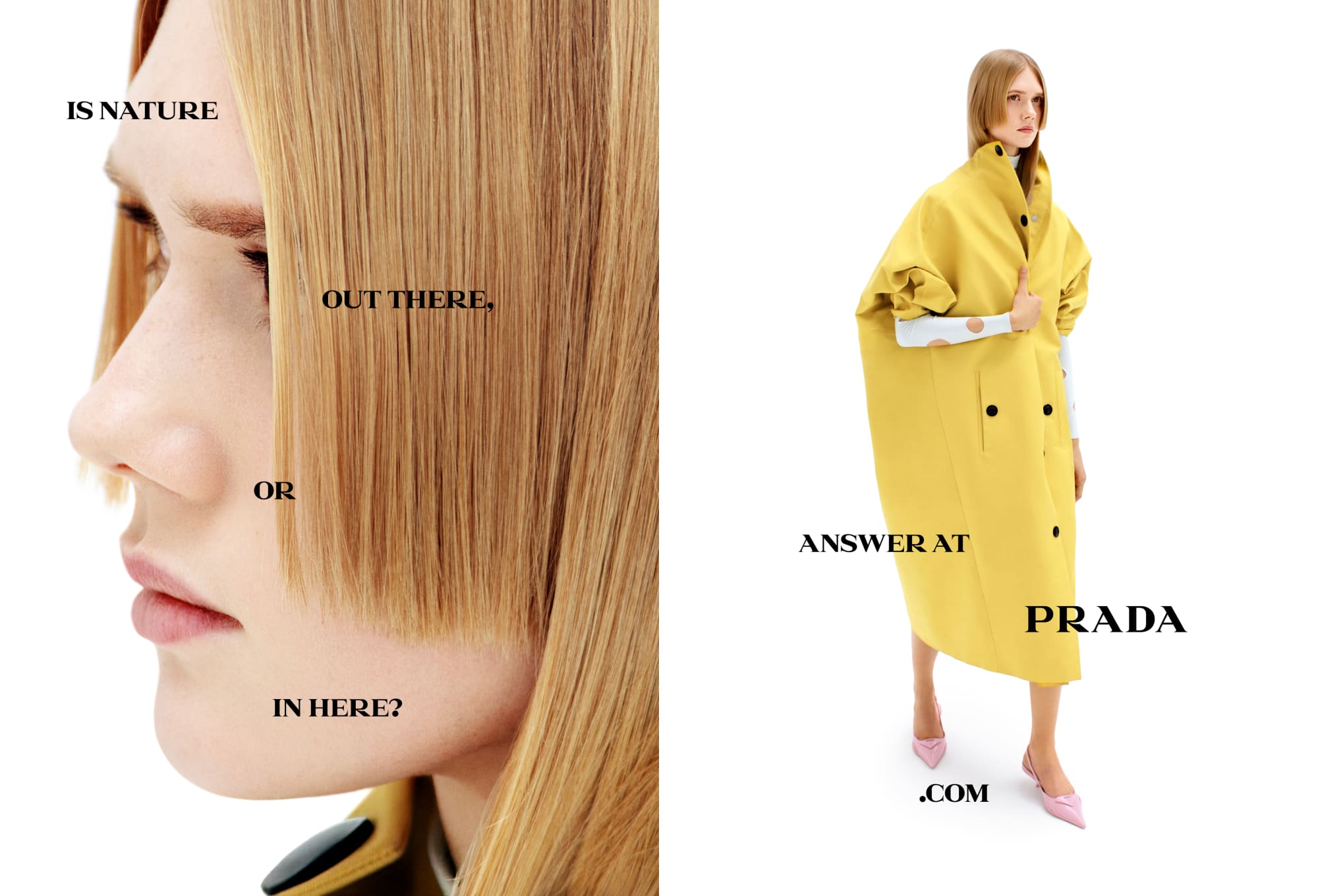 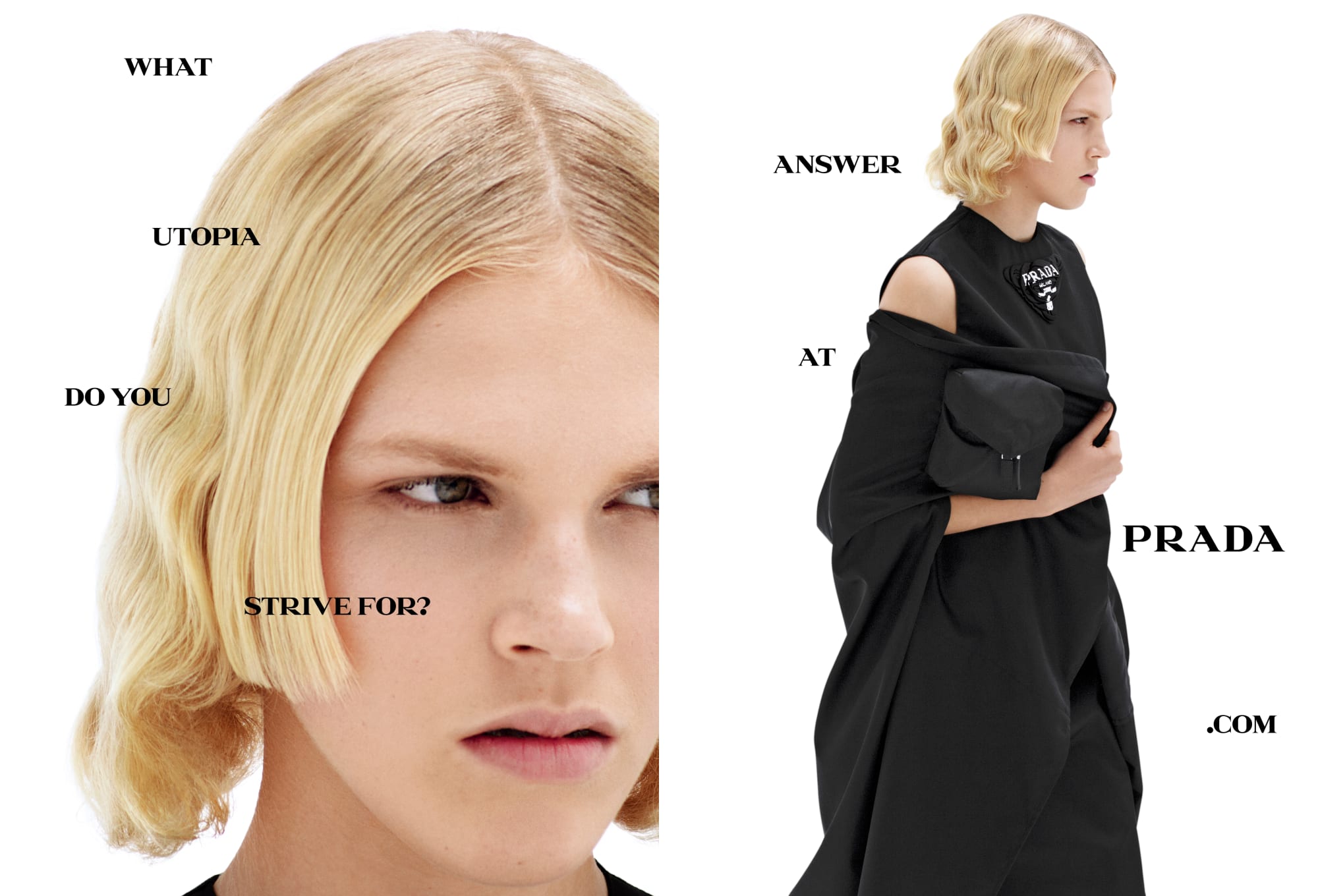