“To me, the Revlon brand stands for both beauty and female strength and I’m excited to help define what that means to a new generation of women,” Megan said in a press statement.

Revlon also has equal impressive expectations for Megan, describing the rapper as ‘the ultimate triple threat’ in a statement about the new partnership.

The 25-year-old, whose real name is Megan Jovon Ruth Pete survived a gunshot wound in Los Angeles just weeks after the release of the news of her new endorsement deal. She was hospitalised at Los Angeles’ Cedars-Sinai hospital for treatment  and insisted the traumatic incident won’t keep her ‘down for a long time’, the gunshot came after an alleged altercation outside a party in hollywood with rapper Tory Lanez.

Megan Thee Stallion is best known for her chart-topping hits Hot Girl Summer and Savage – ‘I’ve always set the bar high for myself with everything I do, but to now be a brand ambassador for Revlon, it feels like a new level,’ she said.

‘She continues to set and conquer goals in both music and television with a slew of awards and accomplishments to her name.’

Stallion’s successes include a co-host role on HBO Max’s ‘Legendary’ drag show, a number one Billboard chart spot for her hit song Savage – that became a viral anthem on TikTok, which caused the rapper to record a new version of the song with Beyonce.

Megan is reportedly,preparing to start her BA in Health Administration course at Texas Southern University.

‘Megan is a remarkable talent and we know she’s only going to continue to rise to new heights,’ Revlon Global Brand President Silvia Galfo said.

‘When we first approached her about a partnership nearly a year ago, we were drawn to her confidence and fierce ambition as much as her power to hold nothing back. She loves to express herself with makeup and is a constant inspiration to her fans on living boldly.’

‘It’s that authenticity and unapologetic spirit that we admire, and we are thrilled to welcome her to the Revlon family.’

‘I’m not the type of person who can stay down for a long time,’ Megan said. ‘I don’t like to be sad or keep myself in a dark place, because I know it could be the worst thing happening, but the pain and the bad things don’t last for long.’Megan said in a magazine interview about her gunshot incident.

The details of the injury survived where two gunshots wound on the feet which were surgically removed.

Lanez 27, allegedly shot Megan in the feet twice after an argument when she and her friend attempted to get out of the SUV they were all traveling in.

The rapper took it to social media to talk about the incident  after a few people had poked fun at her online – ‘Black women are so unprotected & we hold so many things in to protect the feelings of others w/o considering our own,’ she wrote on Twitter.

‘It might be funny to y’all on the internet and just another messy topic for you to talk about but this is my real life and I’m real life hurt and traumatized.’

Well, we congratulate Megan on her new beauty endorsement deal and her a quick recovery. 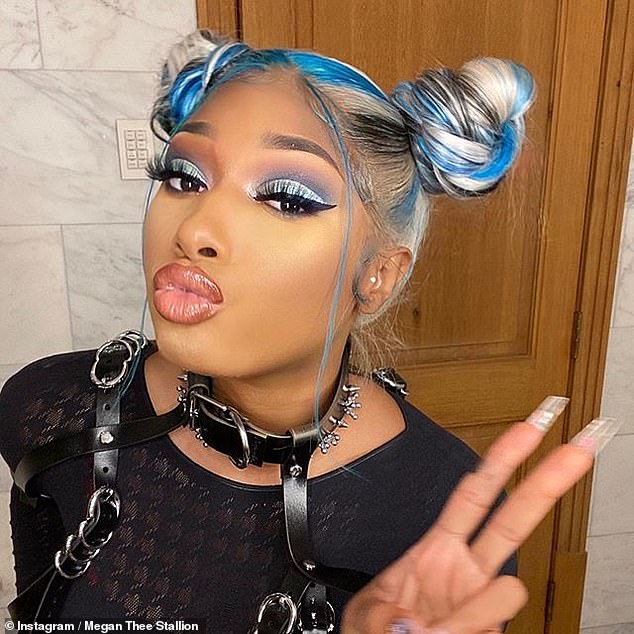 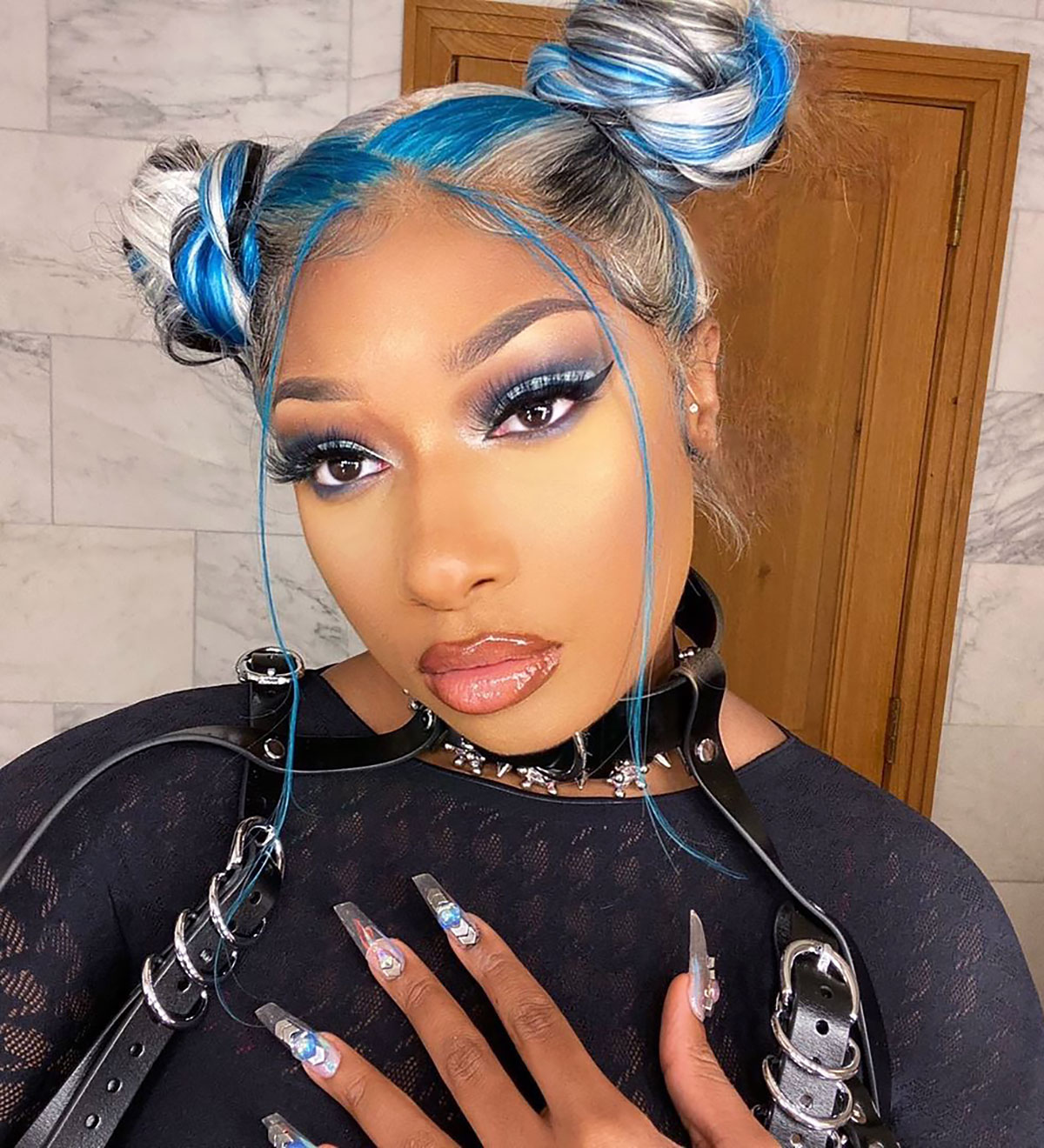 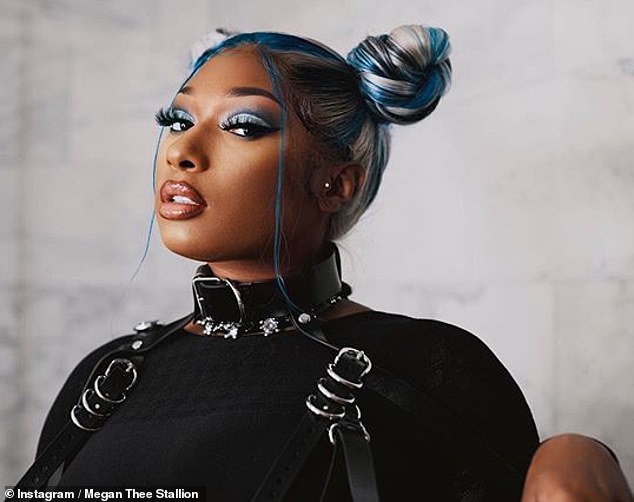 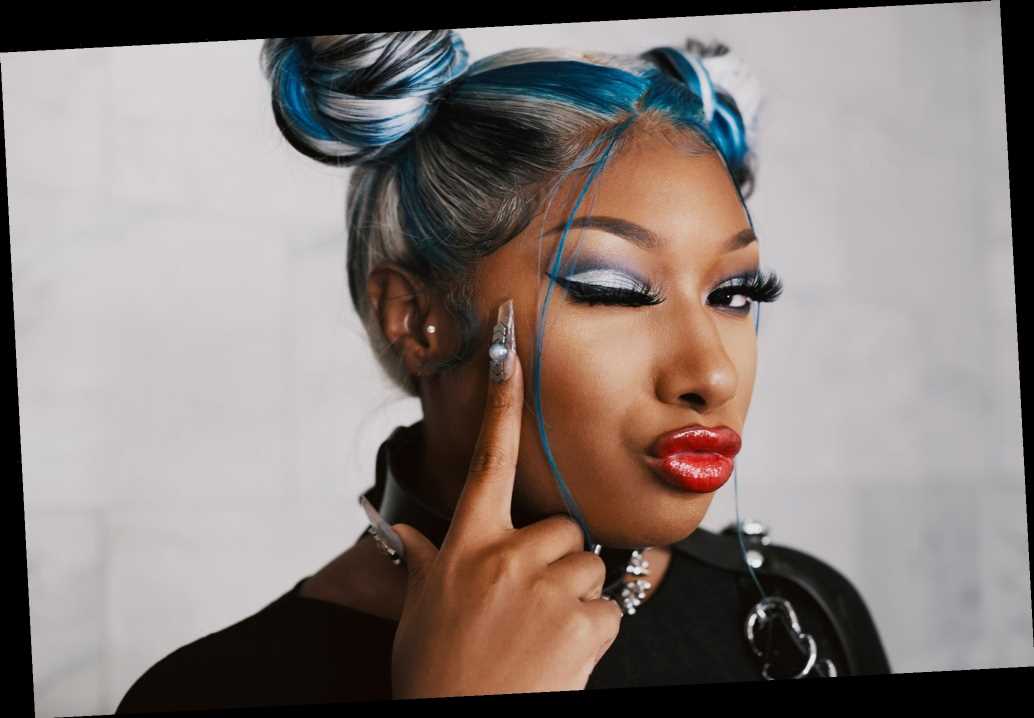