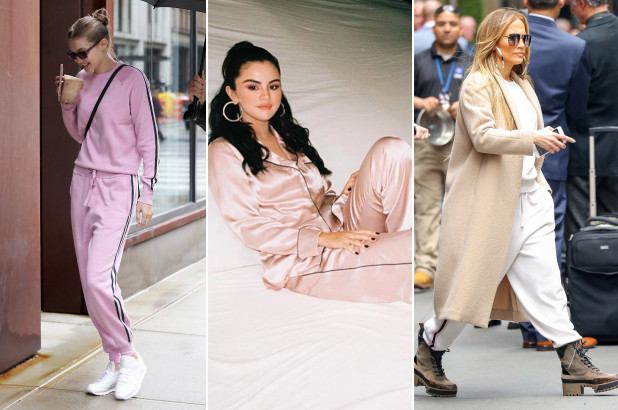 When it comes to lounging, and comfort, these three celebrities turn to this pricey designer Olivia Von Halle, i’m talking about Jlo, Gigi Hadid and Selena Gomez.

Olivia Von Halle is a British designer who makes silk pajamas, slinky slip dresses and cozy cashmere tracksuits. Von Halle was  inspired to launch a clothing line when she decided to design her own pair of Pajamas when living in Shanghai back in 2010 “I literally lived in them,” she told Page Six Style. “And before I knew it, I had friends queuing up for me to make them a pair too.”

After a year, Halle moved back to London in anticipation of getting her brand off the ground- well her big break came in 2012 when David Beckham went on shopping spree for Victoria Beckham.

“David Beckham was spotted in Harrods buying some of our pajamas for Victoria for Christmas,” von Halle recalled. “It was in every paper, on the radio, even on E! News in America. It must have been a slow news day, but it was a huge turning point for us. That was our first real taste of the influence of celebrity.”

In 2015, Kate Moss was infamously escorted off an easyJet flight from Turkey to London — “for exhibiting some rather rock and roll behavior,” as von Halle put it — clad in the designer’s striped “Lila” sleepwear set ($490).

If you’re looking for more luxurious travel uniform — whether or not they’re engaging in in-flight debauchery — there’s the cashmere “Missy” tracksuit ($1,205) beloved by the likes of Gigi Hadid, Rihanna, Oprah and Jennifer Lopez, Kate Moss of whom owns is said to have them in no fewer than three different colours.

The designer also added – “We don’t cut corners and invest huge amounts of time honing our product.” “For example, the ‘Missy’ tracksuit took two years to develop. Other businesses may see this as lost time, lost revenue, but to us the product isn’t finished until every last detail has been perfected.” 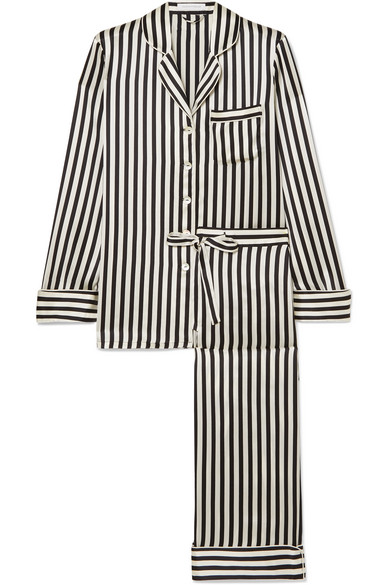 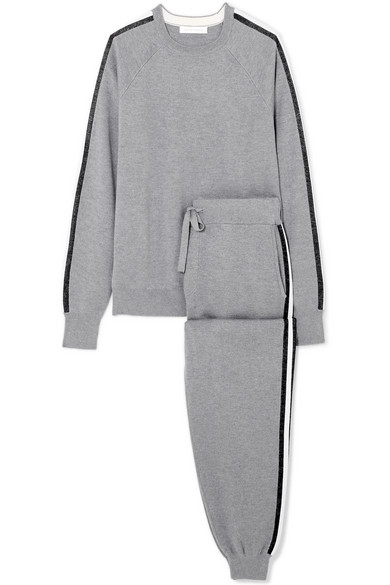 We all know not everyone can afford the four figures pricey loungewear, but the truth is that the quality of time and raw materials used can’t be argued in terms of quality, take for example: von Halle’s PJs and slip dresses are made from 19 momme silk — “much weightier than many other silks on the market today,” she explained — while buttons are crafted from mother of pearl and seams are hand-rolled.

“Many of these materials and heritage methods are rarely used today due to their expense,” von Halle continued. “These things are a luxury, but as a designer putting new things out into the world, it’s so important to me that they are loved and treasured … Our pieces are designed so that every detail can be enjoyed and lasts.”

Well, the celebrities and their fans sure love the brand, Selena Gomez, who’s not only worn her “Lila” PJs as evening wear (styled with sky-high heels, a floor-sweeping coat and clutch), but also sported them in two of her music videos, picking the pink “Coco” set ($480) for her music video “I Can’t Get Enough” and the “Remy” nightdress ($390) in both black and white for her new “Lose You to Love Me” music video, which was released last week.

The brand is now considering the children line,“We’ve been working on a mini version of our “Missy” tracksuit for children,” she revealed. We are sure the celebrity children are the target.