Dua Lipa was spotted wearing a skimpy black custom-made costume by Mugler which consists of a bandeau bra topped with a long-sleeved bodysuit with huge cutouts across the chest, abs, and back. The singer-songwriter completed her look with a pair of sheer, butting revealing tights when she took to the stage of the 2019 MTV EMAs in Seville, Spain to perform her first single from her new album, “Don’t Start Now”.

The same outfit had been previously worn by her boyfriend’s sister, – Bella Hadid, when the supermodel strutted down the runway wearing the brand’s (Mugler) spring 2020 collection during the Paris Fashion Week. Although, Bella Hadid’s style was slightly different from Dua Lipa’s which features a cropped black blazer over a sheer thong bodysuit with boning throughout the torso, along with the same matching sheer black stockings with built-in black briefs with rear cutouts.

They both wear it gorgeously, which has proven to us that Dua Lipa and Bella Hadid have more than just the supermodel’s brother Anwar in common. 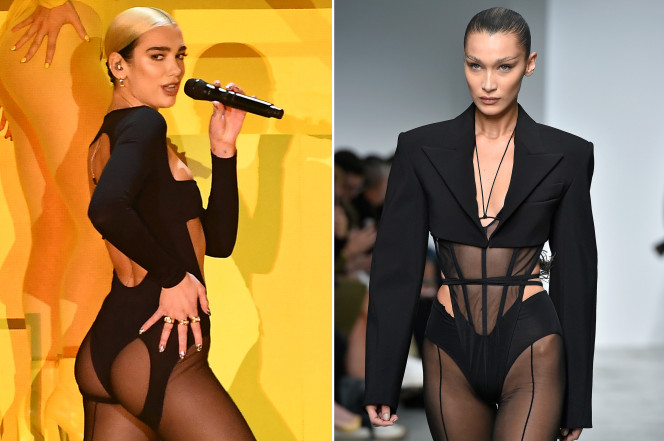 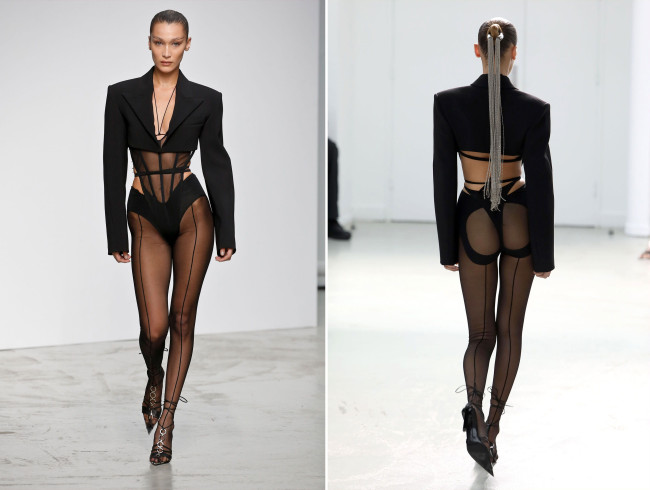 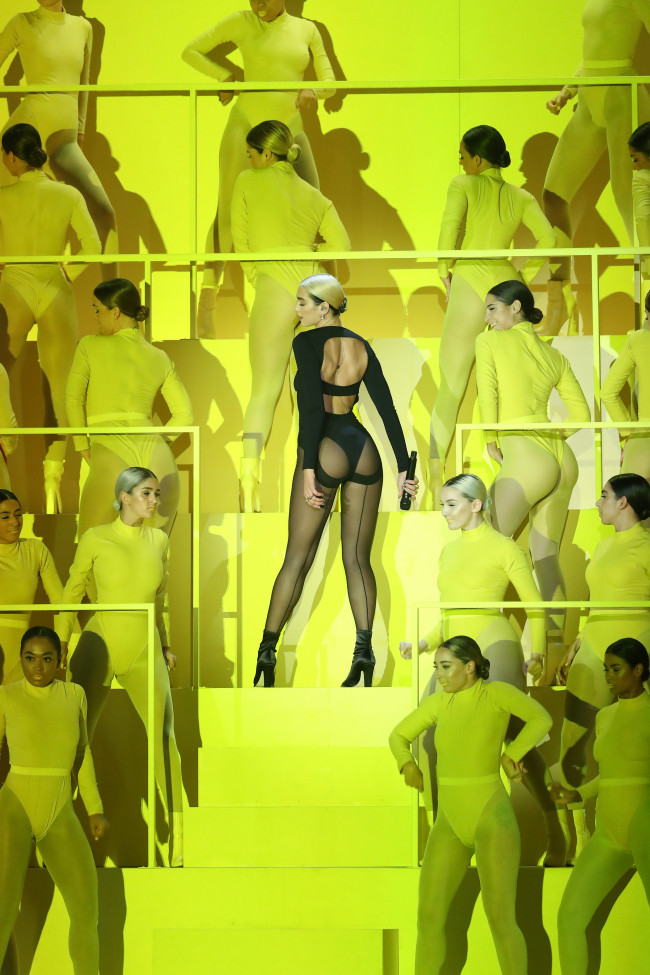 How To Achieve This Gigi Hadid’s Preppy Style Look