The rumor that Channing Tatum and Zoë Kravitz are dating keeps getting more apparent, the two were both spotted again in Brooklyn New York grabbing lunch on Thursday the 2/9/21.

The two actors were both spotted at a local Mexican eatery grabbing tacos. They did not only grab the tacos, but they both also sat together with deep conversations.

While this is going on, what stole our attention the most are their style looks. Tatum the ‘Magic Mike’ star was wearing a mink/mauve tone button-up shirt with a white t-shirt underneath, black jeans, and finished his look with a pair of black sneakers and black retro sunglasses.

Zoe on the other hand was spotted in a red t-shirt and very short denim shorts, she finished the look with a pair of black mules, black sunglasses(which she kept on throughout the date), and a black shoulder bag. The ‘High Fidelity Actress’ wore a very subtle red lips makeup look.

If you’re looking for style inspiration these final days of the summer season, look no further than both actors’ style tips/ideas.

Although both did not exchange any PDAs, they look comfortable around each other as they’ve also been spotted in the past around Manhattan’s Central Park on a bike ride with both cozy with each other.

Kravitz -a divorcee from former husband Karl Glusman is said to live just a few blocks away from the Brooklyn eatery, looks like Tatum is the one doing the chasing as he was also spotted on Instagram following Zoë Kravitz’s fan pages.

Although according to page six, it looks like Channing (also divorced) will be staring in Kravitz’s directorial film debut called ‘Pussy Island’. 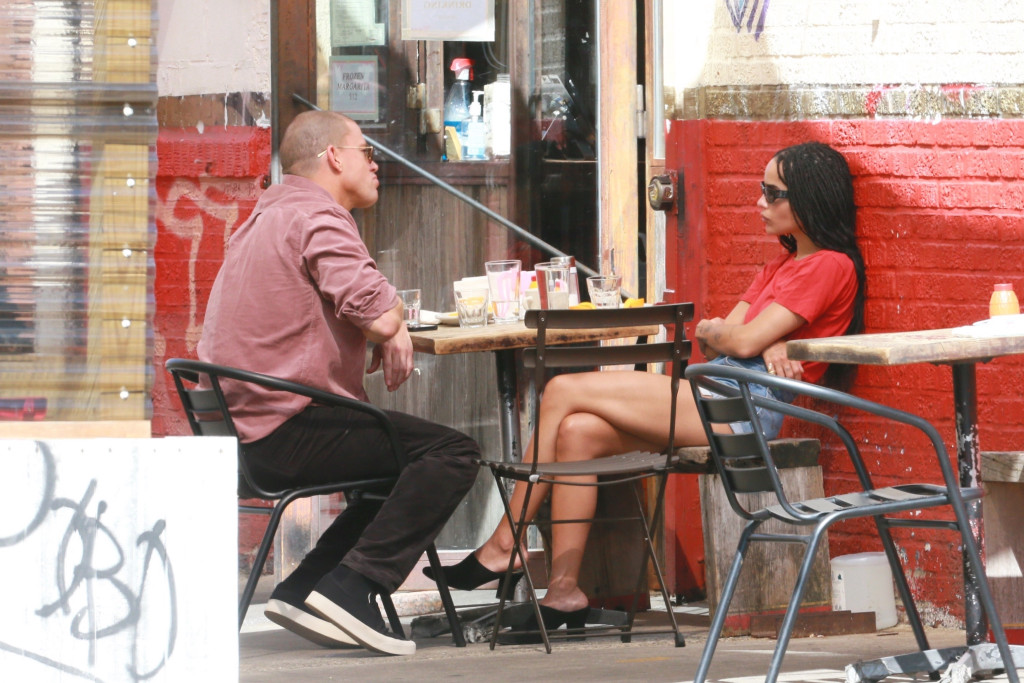 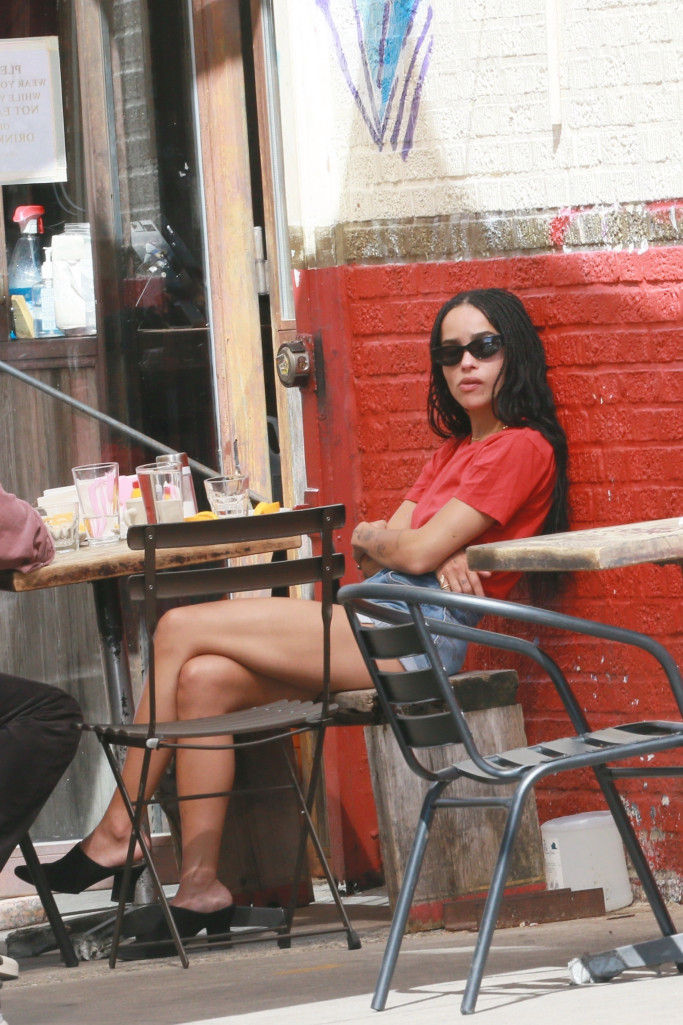 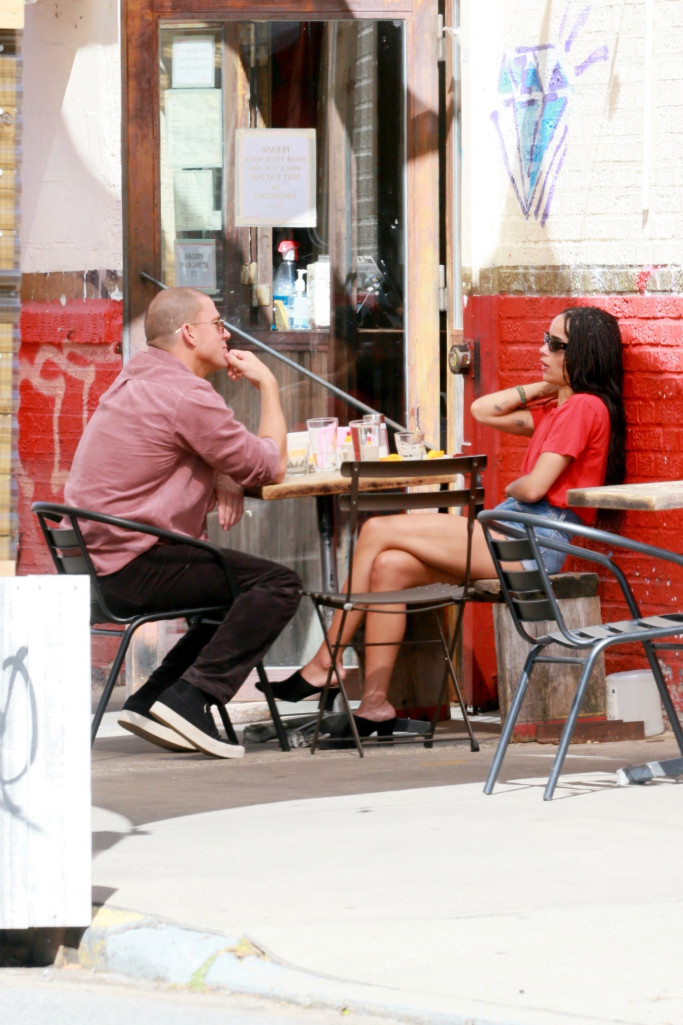 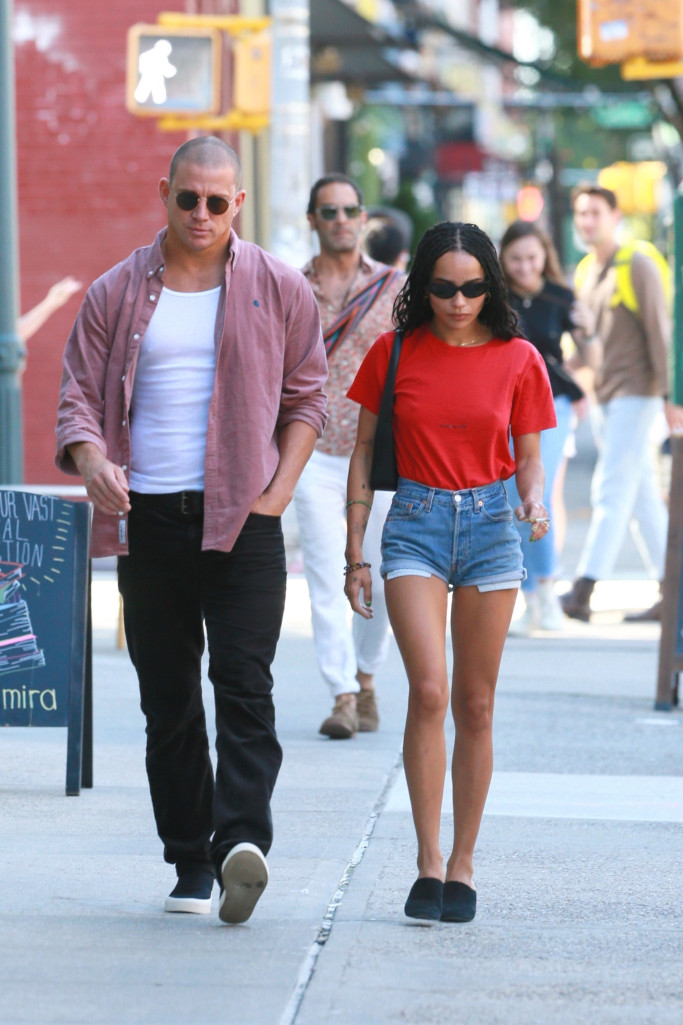