THE WAR OF 2 FILMS

WE ARE IN LOVE WITH THE COCO (CHANEL) 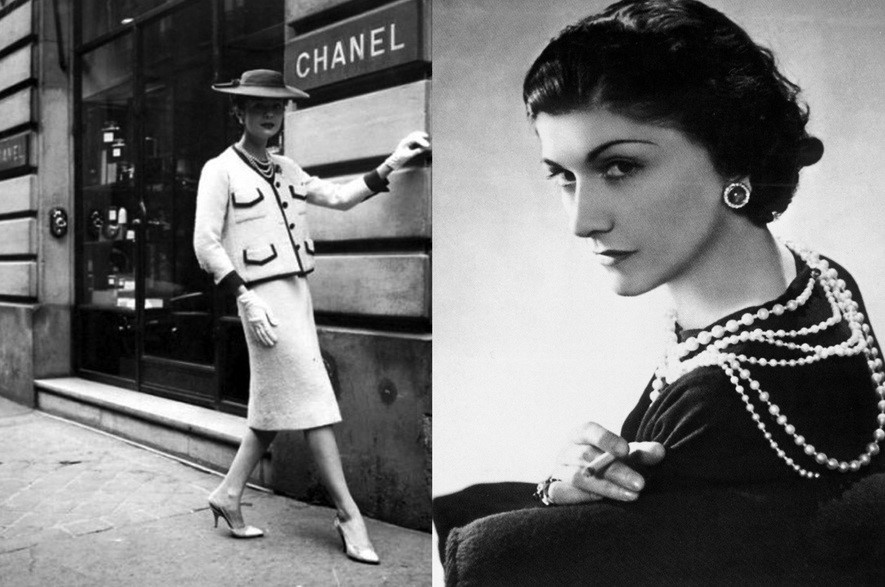 The name Coco Chanel is commonly known. She was the founder of the impeccably chic Parisian Maison Chanel. But who is she really? The story behind this woman and this brand is more interesting than the clothes themselves and is essential to know if you want to wear Chanel not as a fashion brand but as an attitude, a statement, a way of living, just like Coco did herself. 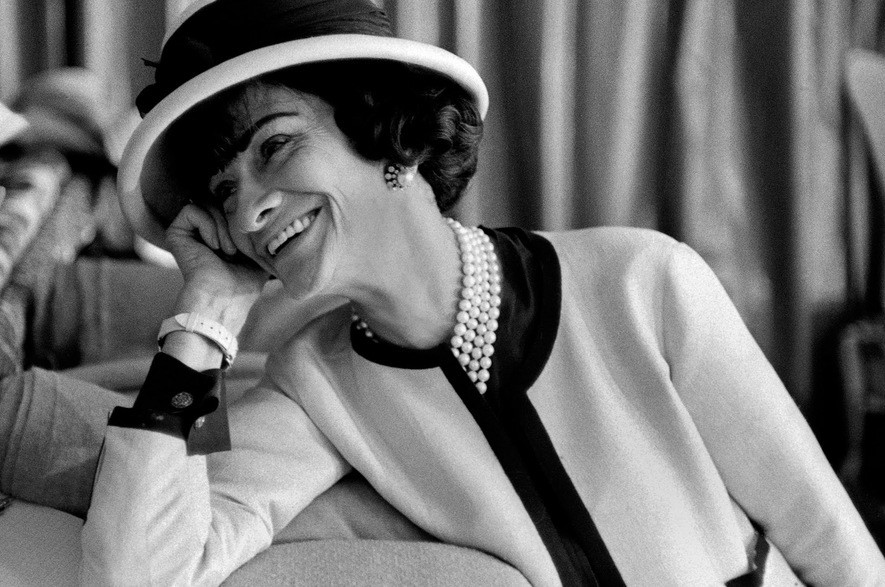 A good way to get to know the story behind the legend is to watch the two movies about her life, both published in 2009. The first one, ‘‘Coco Avant Chanel’’ concerns her life avant (-before) the establishment and success of the brand. The second movie is called ‘‘Coco Chanel & Igor Stravinsky’’ and it’s about her life in the 10s’ and 20s’, starting almost right after the period in her life when the first movie ended. 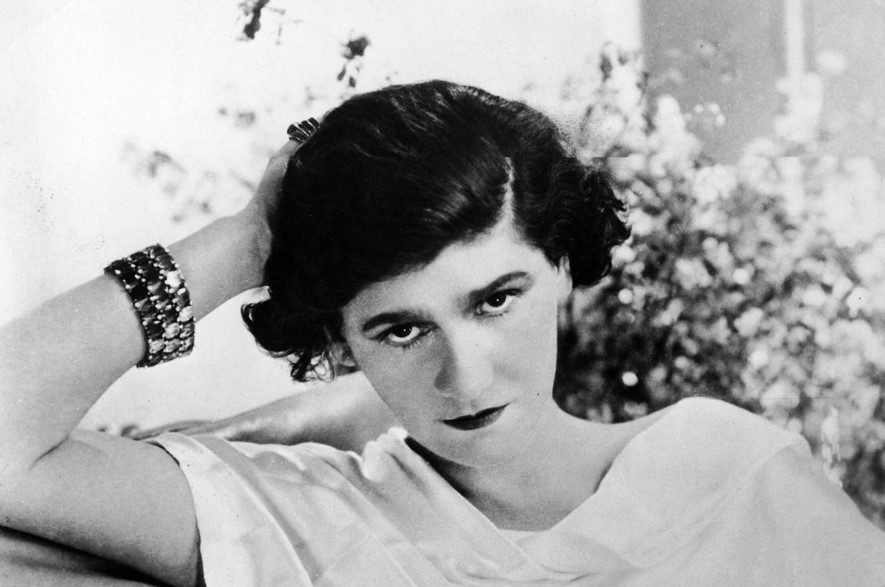 Coco before Chanel was actually Gabrielle Chanel. In this movie, directed by Anne Fontaine, Audrey Tautou is the amazing Chanel in her mid-20s. She and her sister Adrienne were orphans. The nickname Coco came from a song about a little dog called Coco that they were singing in cafes and bars in the French Provence to make a living. After one of their shows, she met Étienne Balsan (Benoît Poelvoorde), a very wealthy man who was known for betting in race courses and owning horses and who played a catalyst role in her life 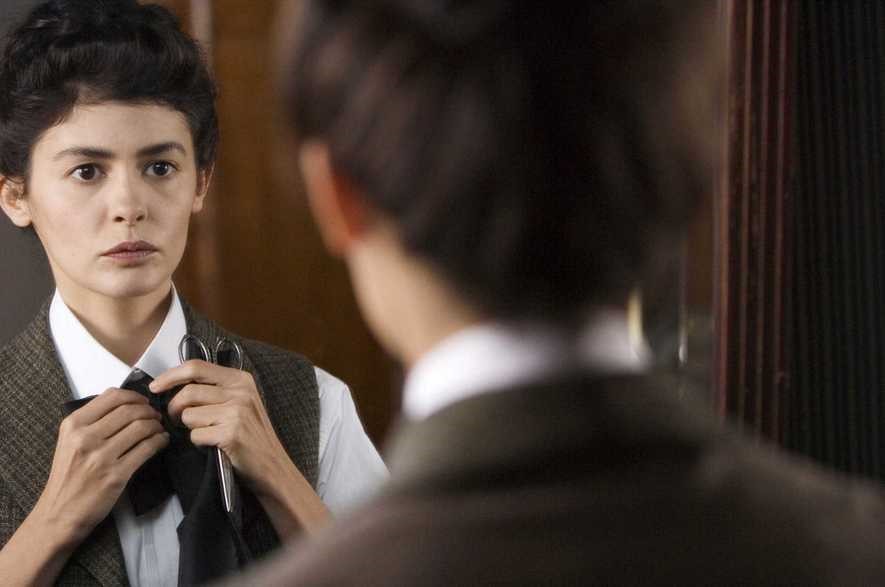 Coco would allow men to buy her champagne but never allowed them to treat her as a playgirl or a prostitute in other words, like other girls did. After her sister got married she decided to work as a dressmaker. When Balsan decided to go back to his house in a Paris suburb, it took her perhaps only a few weeks to go visit him. He decided to take her in for a couple of days, but the days became weeks, weeks became months and the months became years and Coco was still there. 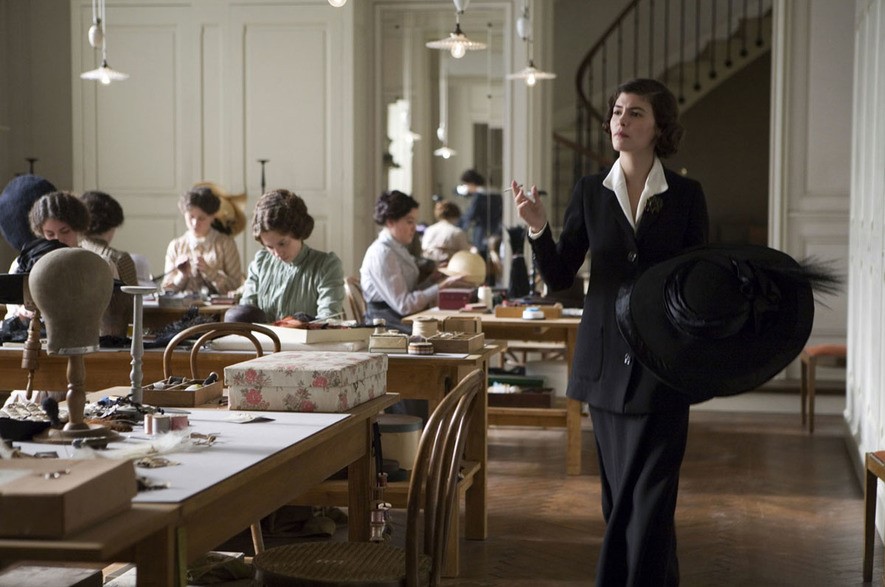 All this time, Coco was his mistress, protégée and friend at the same time but being a feminist and a bohemian spirit, she would never be tamed by him, leaving and returning whenever she felt like doing so. As she didn’t have to earn a living while staying with him, she had plenty of time to carefully take a look at high society’s style and clothing, which she found almost vulgar. Fussy dresses and hats, uncomfortable corsets that were thought to be feminine and chic but for Coco they were the complete opposite. So, fortunately for the future of the world of fashion, she started sewing her own clothes using pieces from Balsan’s closet and other fabrics. She worked with more manly silhouettes, minimalistic colors and comfortable fit. She created what she needed, what she wanted to wear. She wouldn’t fit in the clothes of her era, so she made clothes that fit her. 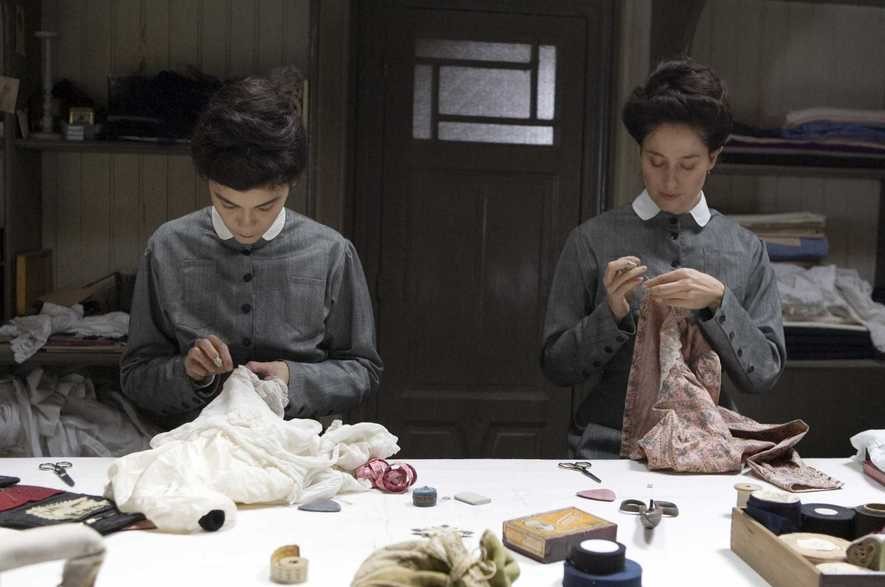 Her life changed when she met ‘‘Boy’’ Capel (Alessandro Nivola), a British playboy she madly fell for (it’s the major inspiration behind the gorgeous Chanel Boy Bag). He’s the love of her life. With Boy’s, Balsan’s and d’Alençon’s (one of Balsan’s female friend) money and social connections she managed to slowly establish her firm. Capel’s tragic car accident was the catalysts force that drove Coco in putting all her energy, creativity and emotions solely in her job. The black and white contrast and clean cuts that prevailed in her collections was inspired by her personal taste and perception of chic but also from her mourning of Boy’s death. Tautou was undoubtedly the best possible actress to play this role. It was as if she effortlessly slipped in the mind and body of the one and only Coco Chanel, interpreting perfectly her complex personality. Being stubborn, ambitious and an egotist, helped Coco create a world that served her needs and enjoy her independence. Her style and her brand triggered the beginning of a new era for women and the world of fashion. 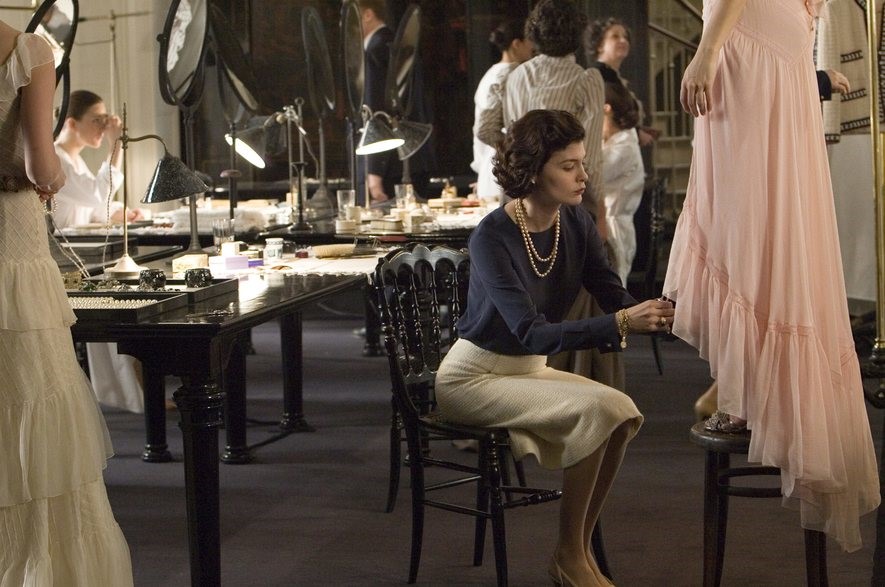 This movie is based on John Greenhalgh’s novel and was directed by Jan Kounen. The Chanel muse Anna Mouglalis is starring as Coco. The film starts with a Ballet Russe production of Stravinsky’s (Mads Mikkelsen) ‘The Rite of Spring’ in Paris. The show was too intense and alternative, almost provocative for the era and caused unrest among the audience, so much that police had to intervene. Coco, recognizing an artist with a spirit similar to hers, loved the show. 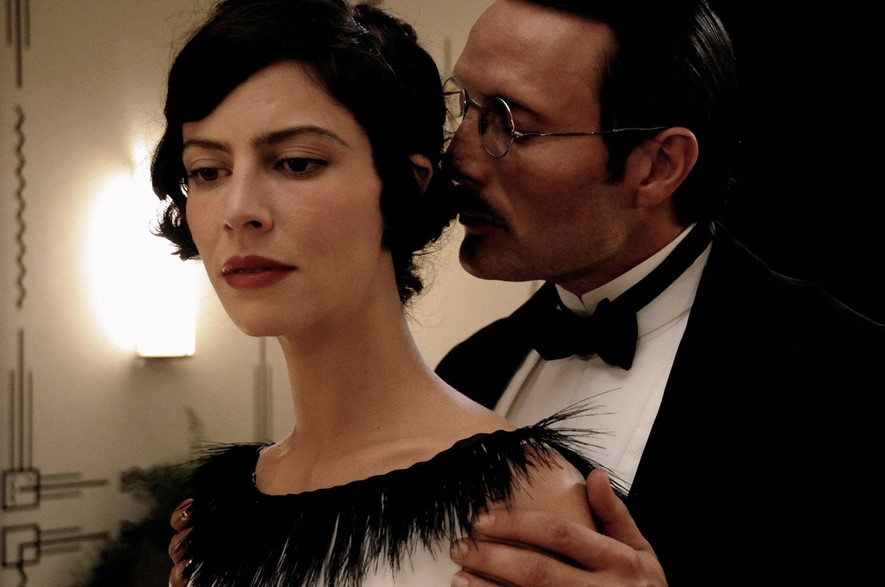 After meeting the Russian musician at a party few days later, she invited him and his family to stay at her black & white art deco house in a Paris suburb. She liked him for his personality and modernistic views and wanted to support him and his work. Stravinsky’s wife was suspicious of Coco, being the type of woman who was independent and had extravagant taste. Her fears were proven right when a love affair began between Coco and Igor. It was the first time Coco tried to let go of Boy’s death. Together they were in a creative delirium, Chanel was creating style and Stravinsky, contemporary music. During that period she launched the infamous Chanel Number 5 perfume. 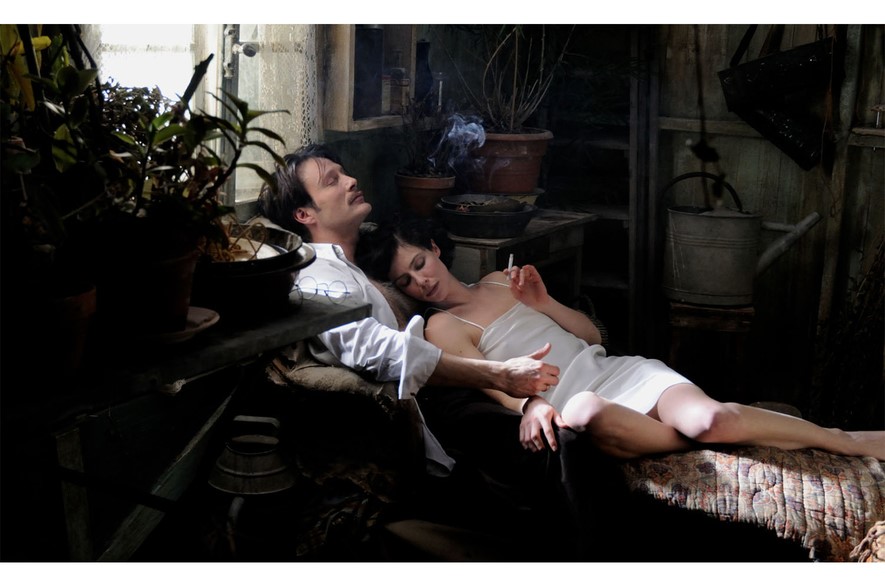 They fought when Igor doubted that Chanel was an artist and that is when she ended their affair, but continued to support him in anyway she could as she was very fond of his work. Chanel and Stravinsky were parted after a while, but they were always in each other’s mind and heart. In this movie we see how Chanel’s style has evolved though she sticks to black and white. As she said to Igor’s wife, she likes color ‘as long as it’s black’. She was more relaxed during this period, after everything she had accomplished and Boy’s death, but still an egotist and a bohemian spirit, being untamed and unashamed of her affair with Stravinsky. 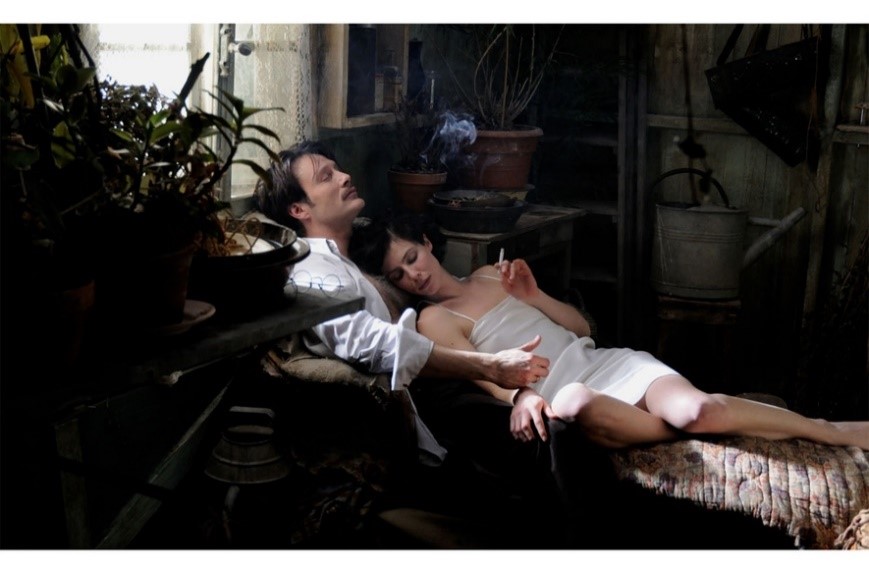