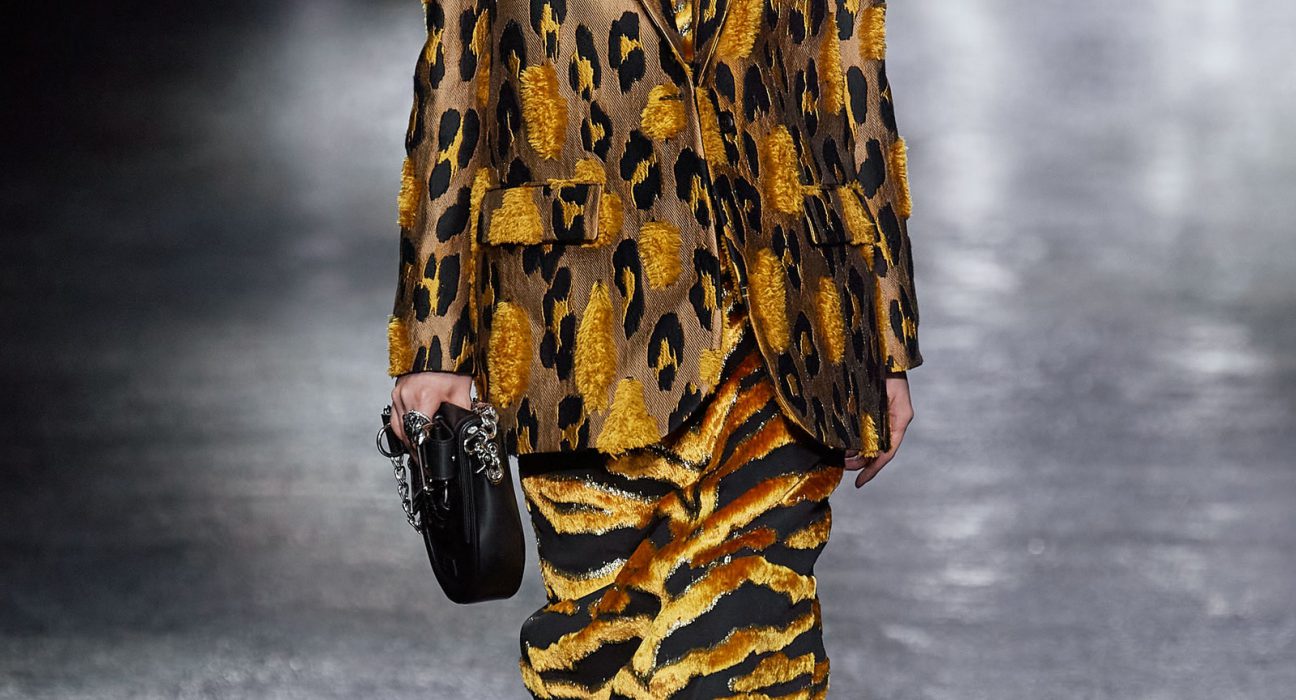 Talk of extreme cut-outs, prints, patchworks, e.t.c. these are all that featured on Roberto Cavalli’s Fall 2022 runway.

Fausto Puglisi, the brand’s creative director, was not scared to be vulgar with his designs, and not afraid to attract his audience into his craftmanship (exquisite designs of Cavalli).

Zendaya for example, an American actress and singer, known as one of the best dressed on the red carpets, is a fan of Roberto Cavalli, she had sported a vintage Cavalli dress when promoting Spider-Man in Paris back in 2000. What about Jennifer Lopez whose recent film ‘Marry Me’ was also promoted wearing one of the designs of the fashion house, to mention but a few.

Roberto Cavalli, will design a dress and render the wearer as drop-dead sexy, the designs that were expressed in his extreme cuts-outs. Cut-outs that seem very sexy but in the right places, the cut-outs were strategically placed around the mid-riffs and hips that keep you guessing or wanting more.

There was also loungewear -outwear, that was designed with the best fabric that’s appropriate for the autumn-winter season – Velvet. There, were sophisticated dinner dresses, plaids! – the conservative plaid turned into something ‘Vulgar’ but not ‘Vulgar’. There were thigh-high boots, mixed prints, onesies, jumpsuits, blazers, sexy cage dresses, vintage floral prints e.t.c. In addition, Lingerie dressing seems to be the trend of the season, this was common on the Fall’22 runway – from Fendi to Roberto Cavalli, which is somehow ironic to what is expected in the fall season- Lingerie dressing is for Spring Summer Season.

Discover the full collection below: