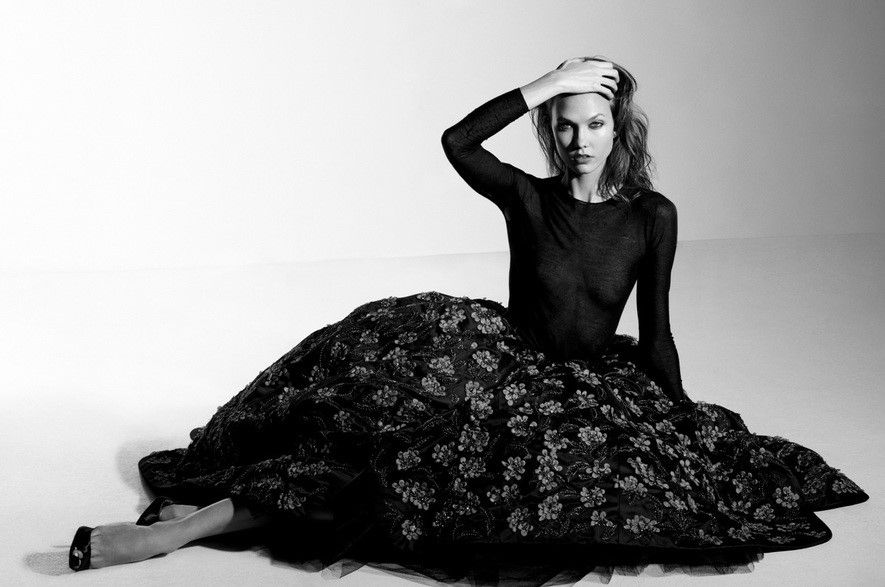 In fashion, trends can be fleeting, appearing for one season and obsolete the next; or they can stand the

test of time and become a classic staple. The same can be said for the supermodel phenomenon.

of larger than life runway personalities such as Naomi Campbell, Christy Turlington, Cindy Crawford and

Linda Evangelista. For the first time models were stepping out of the backstage shadows and became

celebrities in their own right, appearing in runway shows all over the world as well as magazine covers

and red carpet events. The 90s presented us with glamazon models parading down the runway as well

as ushering in the waif and androgynous era with Kate Moss beginning her rise to supermodel domination.

With the new millennium came the age of social media and the veil of mystery surrounding models and fashion began to peel away as the public was invited into the personal lives and backstage antics of models and fashion personalities alike, and it was in this current stage of the supermodel trend that we were first introduced to Karlie Elizabeth Kloss. 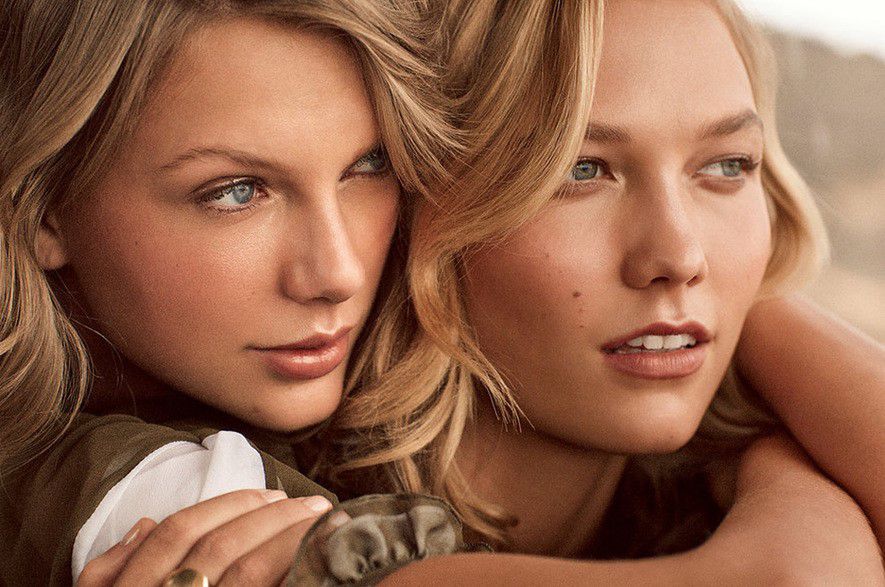 Born in Chicago and raised in St. Louis, MO, 23-year-old Kloss is one of 4 daughters and was an avid student of ballet throughout her childhood. Her famous long, lean 6’1 figure was honed with the grace and elegance taught by years of technique and preparation that would help catapult the young model to the top of her game. 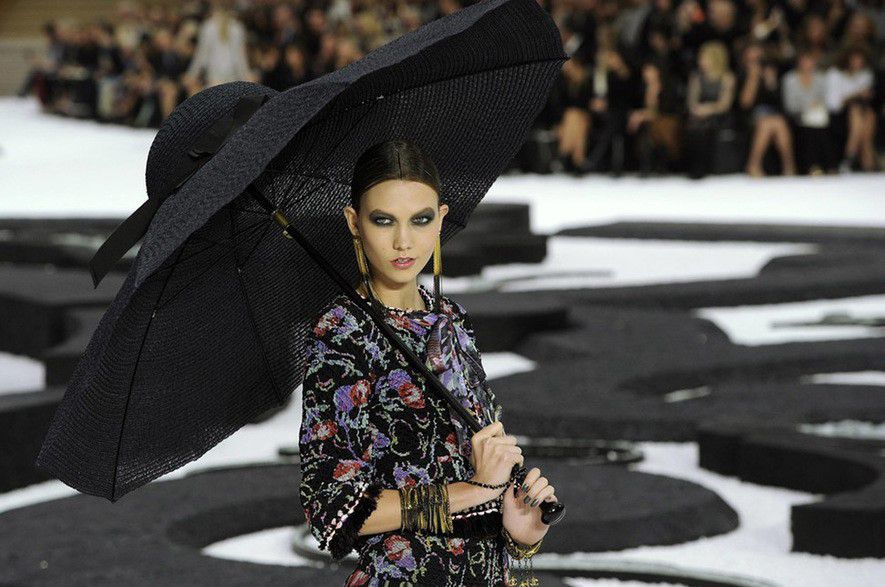 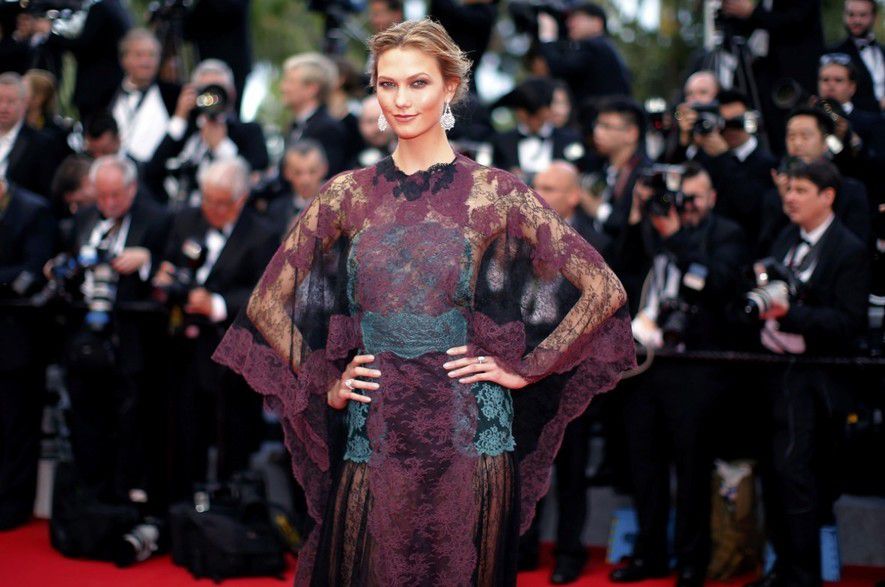 Kloss was first discovered walking in a mall fashion show when she was just 14 years old. A modelling scout singled her out to be featured on the cover of a small Chicago publication, whose pages were passed on to an Elite Models agent in New York. Prior to this experience, Kloss was a Midwest girl, concentrating on sports, ballet and schoolwork, with little to no exposure to the world of fashion. A subscription to Teen Vogue was the extent of her knowledge of the industry she was poised to dominate, and it was bookings director for that magazine, Lara Bonomo who first saw the untapped talent in Kloss and gave the model her first national introduction in the pages of Teen Vogue, a relationship which would lead to four consecutive editorials for the magazine in 2007. At 15 years old Kloss was accompanied by her mother to New York for a meeting with Calvin Klein creative director Francisco Costa, who placed Kloss into an exclusive contract with the brand to appear solely in the designer’s 2007 New York Fashion Week runway show. Once she was spotted on the Calvin Klein catwalk, executives for Gucci became interested in the fresh-faced model and flew her to Florence for a meeting to appear exclusively in their show for Milan Fashion Week.  In 2008 the fledgeling model left Elite and signed with NEXT Model Management who promptly placed her in no less than 64 runway shows in a single season, and thus a new supermodel was born. 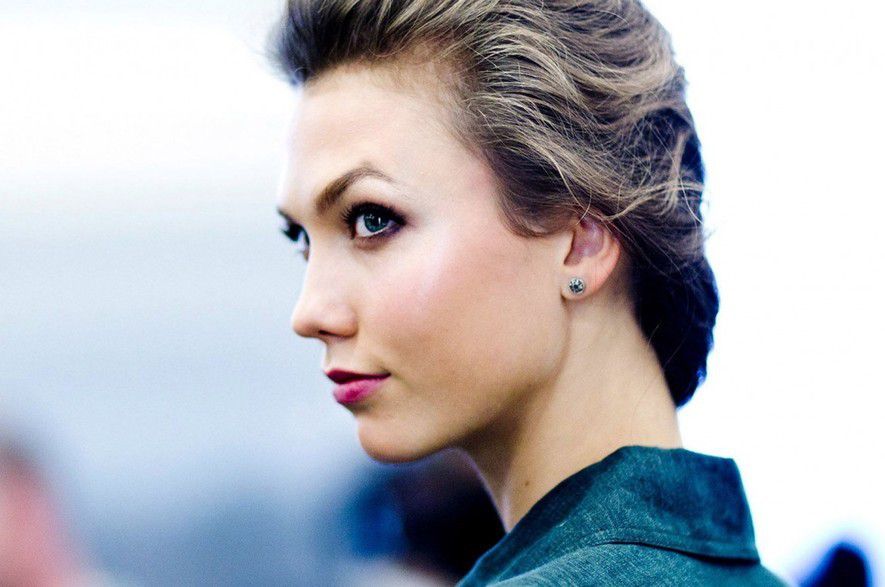 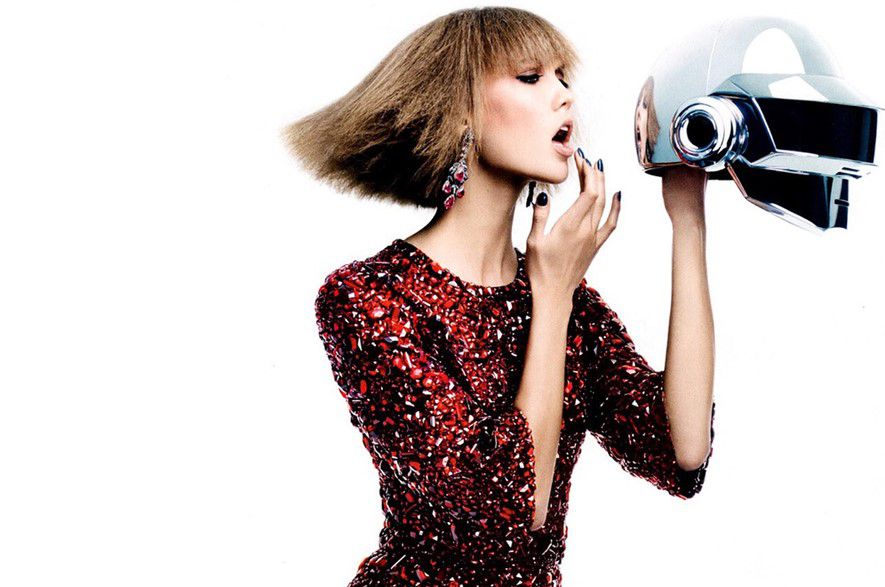 Since her debut season, Kloss has appeared on catwalks, usually in a prestigious opening or closing position, for every major fashion house in fashion weeks from New York, London, Milan and Paris. Her face has graced the covers of hundreds of magazines, most recently the March cover of American Vogue alongside her famous friend Taylor Swift. She has had exclusive contracts with L’oreal, Christian Dior, Oscar de la Renta, Chanel, Saint Laurent and has appeared as a Victoria’s Secret Angel since 2011 at the age of 18. Kloss recently decided to part ways with the lingerie brand, leaving on good terms, citing insufficient time to fulfil all of her contractual duties as the main reason for the separation. 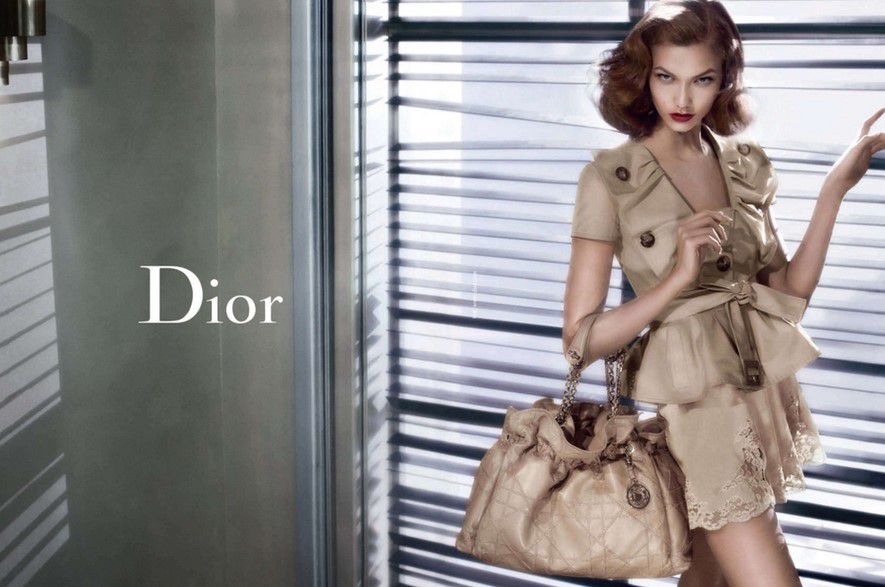 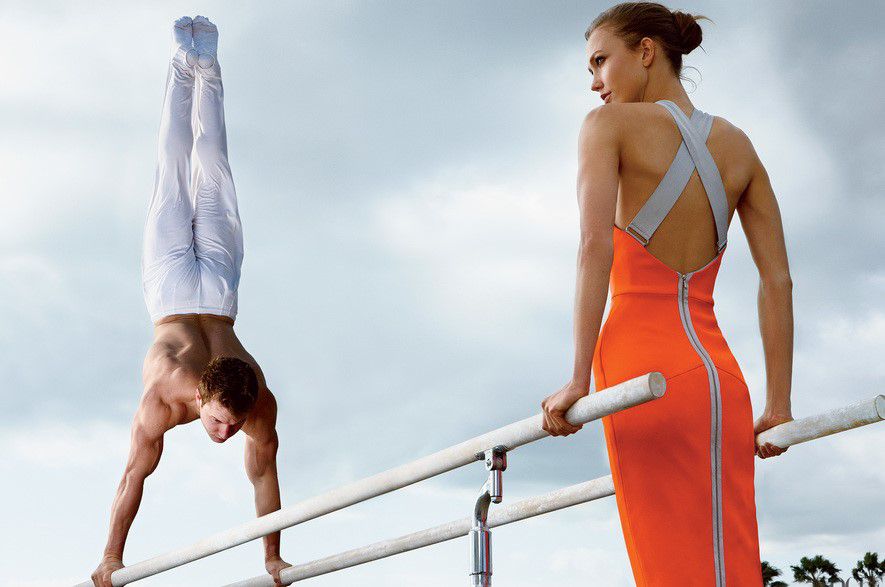 Kloss’ success is undeniable and her supermodel status has gained her entrance into the first-name-only club, but her star quality goes hand in hand with her personality, a trait which has earned her a well-deserved “nice girl” reputation. Since the early stages of her career, Kloss has always been accompanied by a family member wherever her jobs may have taken her, and she stays incredibly close with her family today, despite no longer needed them by her side. To this day Kloss remains humble about her success and celebrity status, often joking in a self-deprecating manner and using her Instagram account to connect personally with her over 2 million followers. In 2012 Kloss comingled her love of food and charity, partnering up with New York hotspot Momofuko Milk Bar bakery to create Karlie’s Kookies for Vogue’s Fashion’s Night Out event. The health-conscious cookies were sold with all proceeds going to Lauren Bush’s charity FEED, which helps provide meals to those who are not able to feed themselves. The impact of Karlie’s Kookies was so great that they have also gone on to partner with the Council of Fashion Designers of America (CFDA) to help donate funds to young American fashion designers. 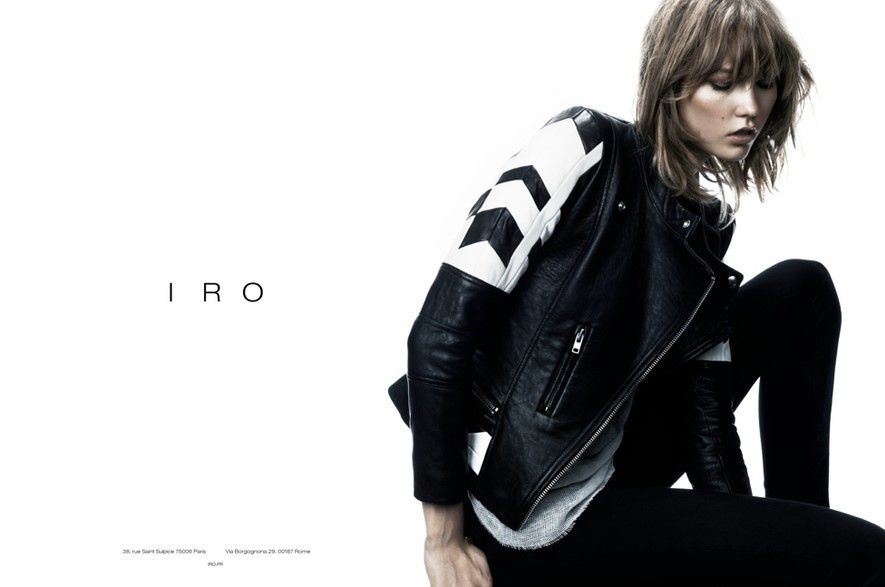 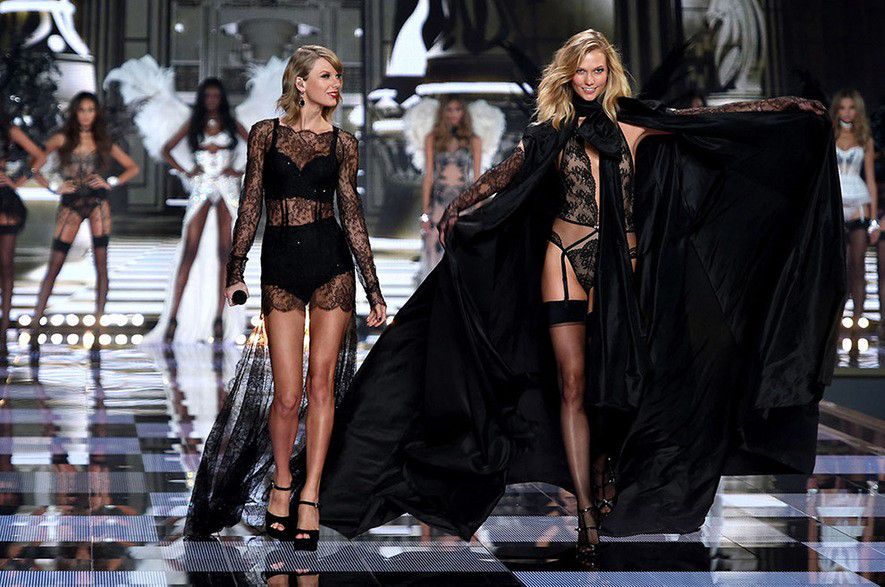