Baby Sussex is here and he’s doing it in style: GH Hurt & Sons Shawl Edition along with mom, who wore a sleeveless Givenchy dress for the presentation of her newborn.

The world’s eyes have been fixed on Meghan Markle and her style since the announcement of her engagement to Prince Harry. We’ve been waiting for months, – 9 to be exact, the newly wed welcomed their newborn-baby Sussex! Which I can’t help but to say aww! aww!.. The Duke and Duchess of Sussex make an adorable family of three with the new addition. 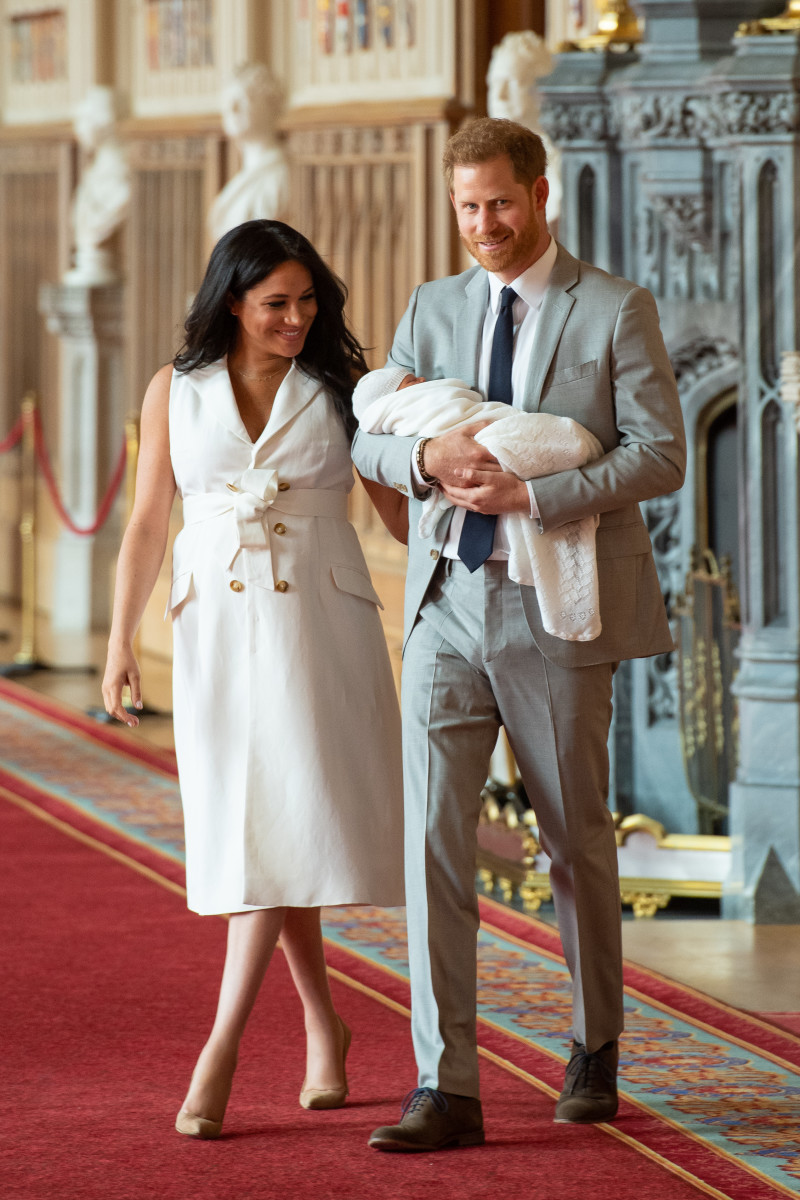 Meghan Markle skipped the tradition of appearing outside the Lindo Wing hours after birth, instead appeared a few days later (Baby Sussex was born on Monday) for an intimate group of press at Windsor Castle, where Baby Sussex was set to meet his very important great-grandmother, Queen Elizabeth II. Well let’s just say both couples like to make statement in their own royal way.

The Duchess of Sussex chose to wear a sleeveless Givenchy trench dress for the occasion, a lovely callback to her Clare Waight Keller-designed Givenchy wedding gown. She completes the look with a pair of nude suede BB pumps from Manolo Blahnik and a delicate turquoise necklace from Jennifer Meyer.

The baby also took after mom and dad, by making his first fashion statement too: He appears swaddled in a merino wool “leaves & flowers” shawl from GH Hurt & Son, whose blankets have also appeared at the debuts of his cousins, Princes George and Louis and Princess Charlotte.

We look forward to the baby’s name and in the meantime, A COVET shout-out to Meghan And Harry!!!