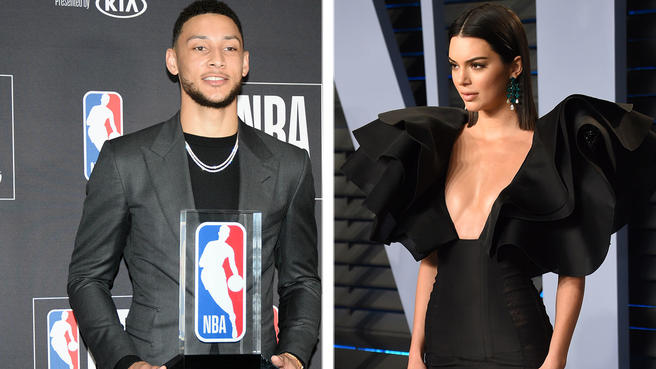 The super model Kendall Jenner and NBA star Ben Simmons called it quit, Kendall who was reportedly quoting in Vogue Australia of potentially marrying Simmons, said “Maybe. Definitely not now, but maybe one day” — While Simmons was partying solo in Atlantic City, NJ, with friends.

Apparently, it was said amongst Ben’s entourage while celebrating a pal’s birthday at Kuro Hard Rock Hotel & Casino that he and Jenner called it quit last week. Another good friend of the couple said they both have broken up.

With the buzz going on,  Jenner was seen posting some cryptic Instagram Story posts the same night — including the new Tyler, the Creator tune, “I Don’t Love You Anymore” as well as lyrics to another of the rapper’s songs, “Puppet,” which includes the line: “I wanna call you and talk.” Sources said the break up involves a “tall, supersexy brunette.” The source said “Ben was at a center booth by the stage, but when the topless girls came to the booth, he had security send them away.”

This will not be the first time the couple’s relationship had been on the rocks, Simmons who was dating Jenner since march last year. With all been said, Jenner was seen curdling with fellow super model’s brother Anwar Hadid. Anwar Hadid is a brother to the popular duo super models Gigi and Bella Hadid.