For Spring Summer we were presented with a  collection where Venturini drew inspiration from one of the main men in her life, her son-in-law Nico Vascellari, a performance and visual artist who according to her “transforms himself on the stage,” revealing several facets for himself including a dark side. From this came a collection of light and dark which featured shorts, fanny packs, buckets hats and other streetwear like pieces. However for this season, the creative director chose to muse upon one of the more, or if you dare say, the most tailored male figure in her life. Karl Lagerfeld was the guest artist in this season’s collection to which he contributed to physically and creatively.

Upon entry, guests were treated to the scenery of a black and gold replica of Karl Lagerfeld’s personal Parisian library.  Then came the models who were clad in classic tailored pieces which made them seem like wealthy fashionable modern day librarians. Tuxedos and shirts were made in organza and accessorised with gold chains, there were puffer parkers and jumpers made in two different colours, high collared shirts and asymmetrical double-breasted suits all made with a palette of black, beige, brown, accents of red, blue and a calligraphic version of the FF logo.

Most looks were accompanied by several forms of baggage which included Fendi logo-ed briefcases, trunks and newly introduced male versions of the brand’s iconic Peekaboo bag and Baguette. The man  created throughout this collection was a tailored contrast to the street-like Fendi man previously seen, but he was in fact a character who wore timeless well-made pieces flexible enough to pull out the closet during any season of the year.  Visit Fendi for more. 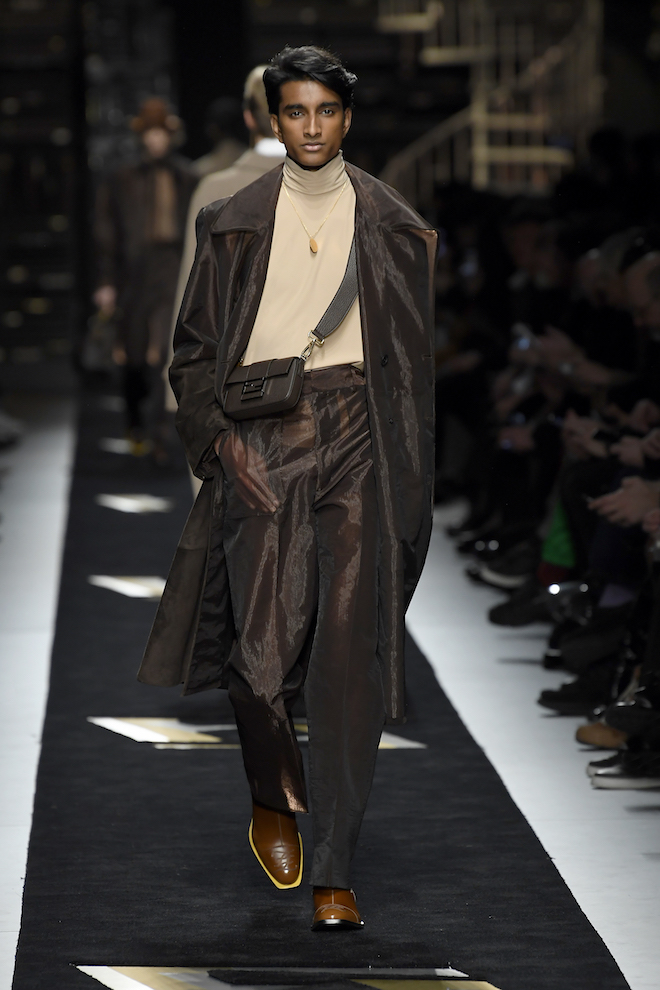 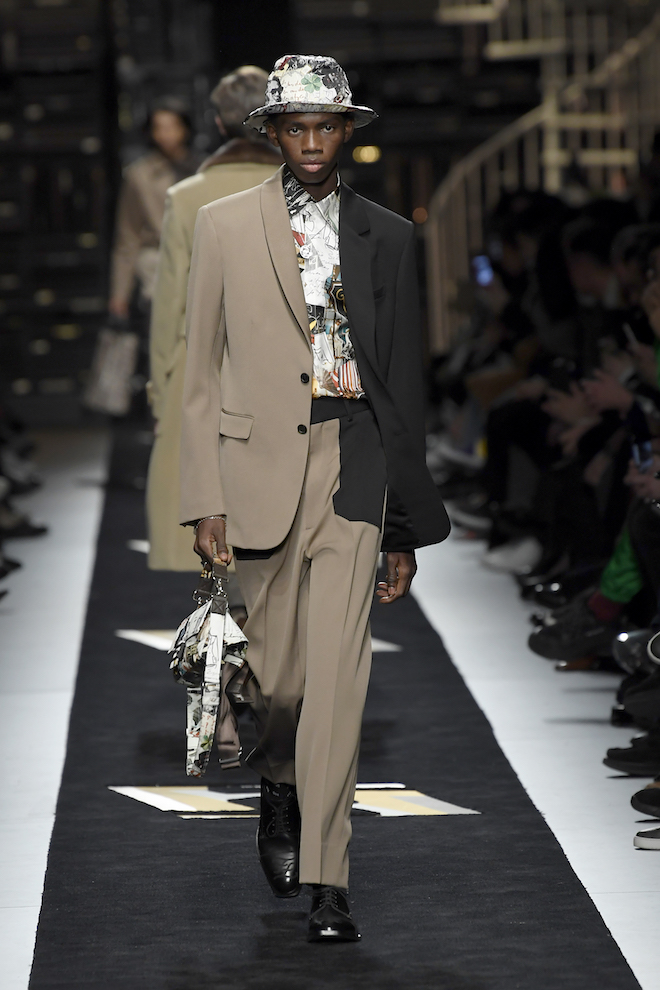 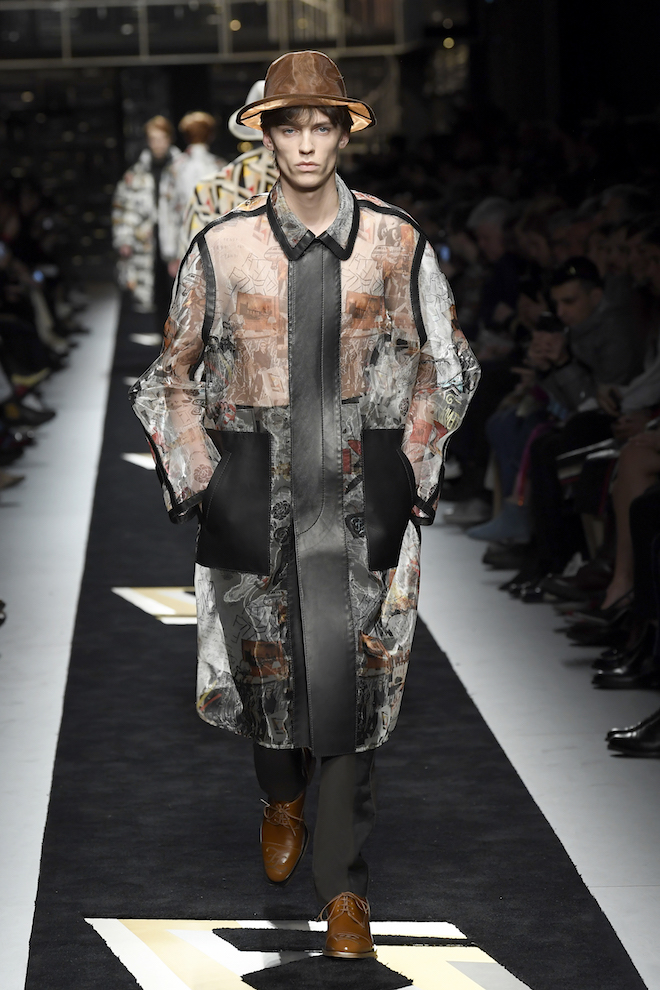 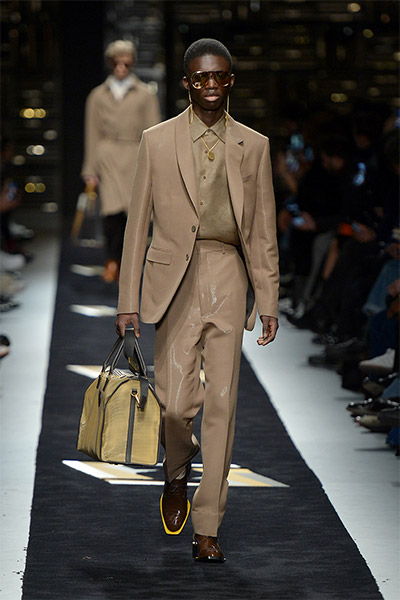 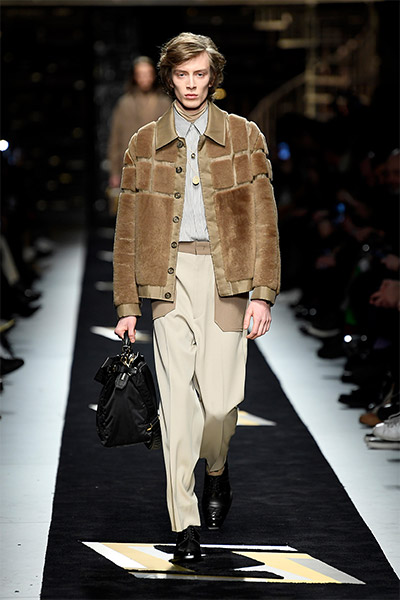 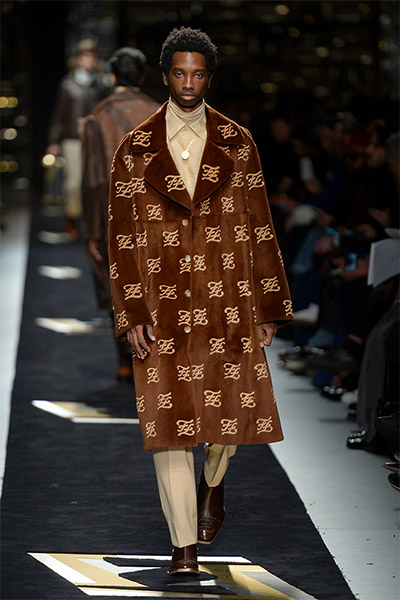 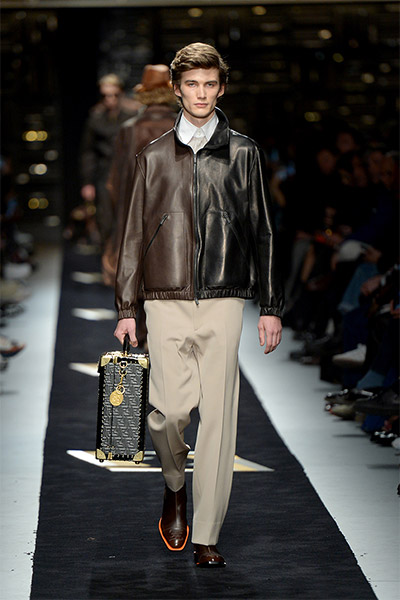 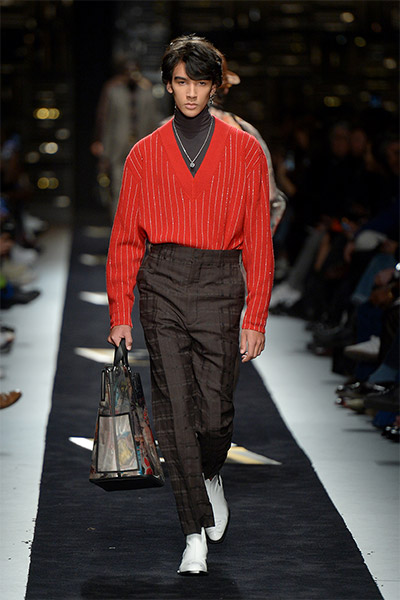 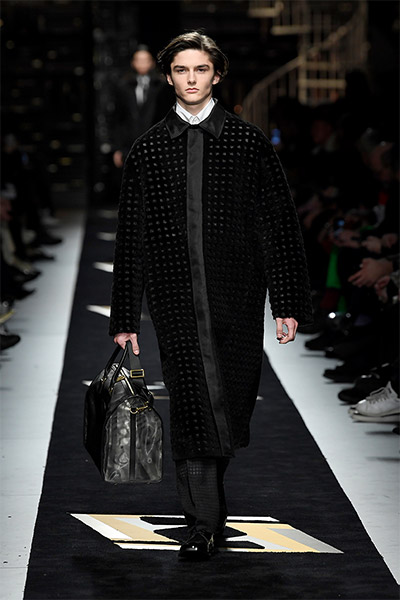 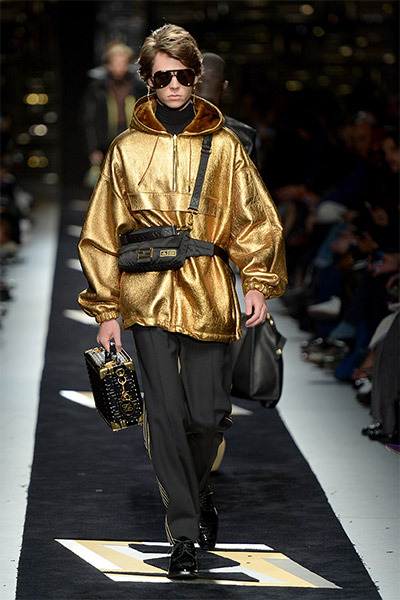 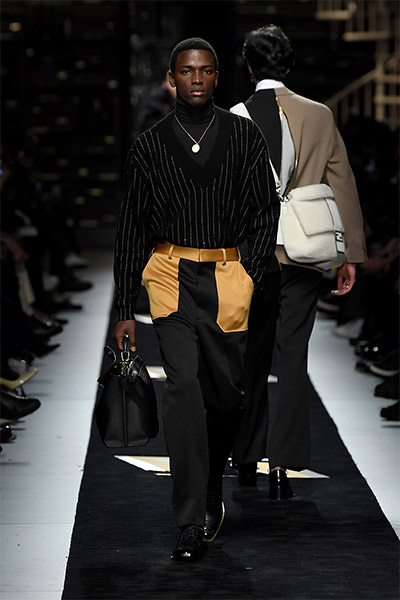 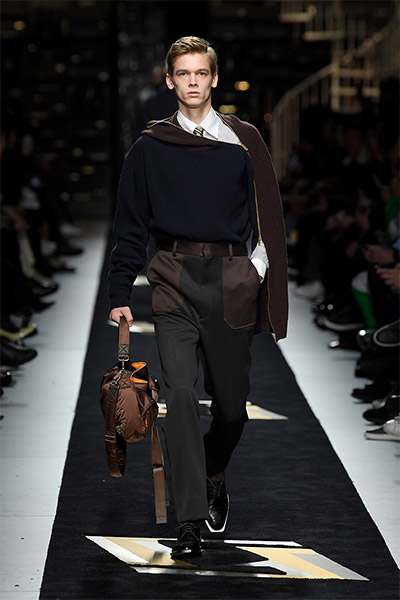 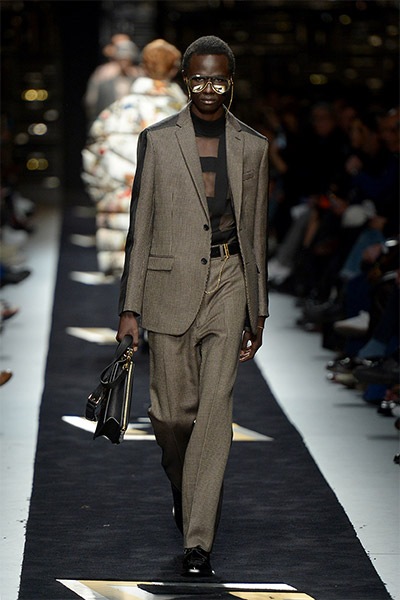