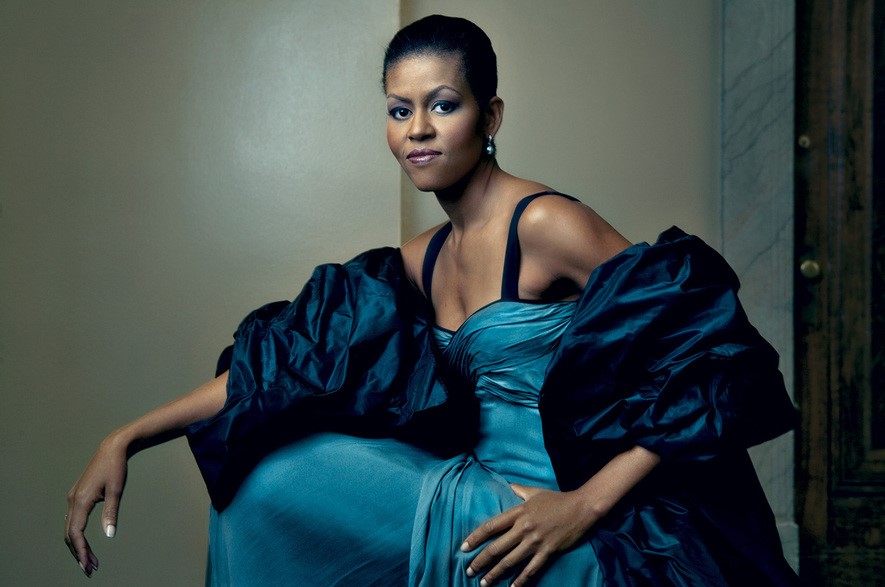 From the moment First Lady Michelle Obama stepped out on stage for her husband’s 2008 election night victory speech wearing a black and red Narciso Rodriguez dress, the fashion industry rejoiced for the end of the pants suit era. In the nearly eight years that the First Lady has inhabited the White House she has gone from trailblazer to full fledged fashion icon, heralded for her ability to mix high fashion with mass market brands, supporting up and coming designers, and rebranding the way successful women dress, all while under the intense scrutiny of judgmental eyes all around the world. 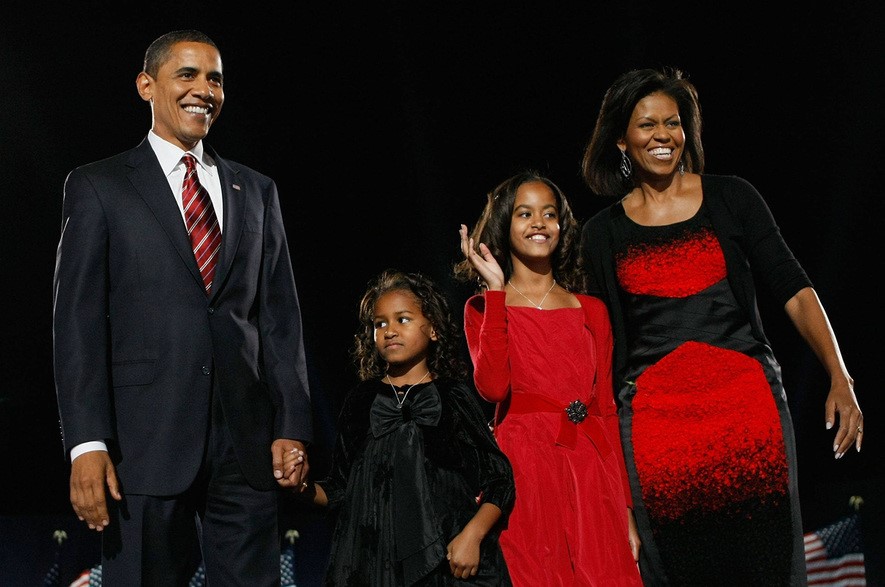 The Michelle Obama Effect, as it has come to be known, is a testament to the power the First Lady wields with her fashion choices. In 2009, for her first Inaugural Ball, Obama chose a stunning one shoulder white chiffon gown with flower appliqués from a then 26 year old Jason Wu, who became an overnight sensation and one of the hottest tickets during New York Fashion Week. She returned to Wu in 2013 for her second Inaugural Ball, this time wearing a sophisticated red velvet and chiffon gown with a clinched waist and neckline. Wu was also the lucky designer chosen to have his dress adorn the First Lady for her first of two Vogue covers. Other designers have felt the Effect as well; Thakoon, Isabel Toledo, Naeem Khan, Doo Ri and Reed Krakoff have all be fortunate enough to be favored by Obama during her time at the White House, all resulting in international press, stock and sale increases, and the prestige of dressing the most fashionable First Lady since Jackie Kennedy. 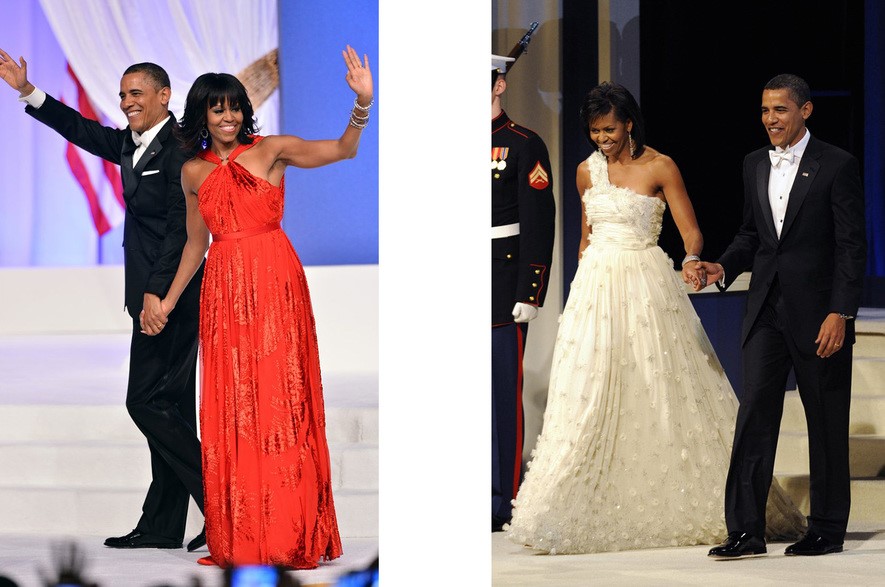 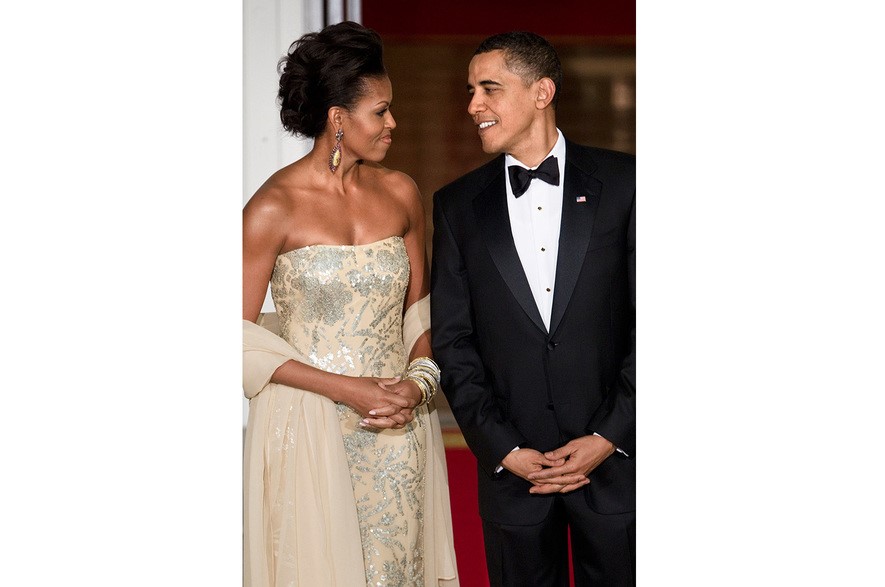 Despite having access to any designer around the world, Obama’s fashion choices are far from random. On several occasions she has dressed herself with social consciousness, fully aware of the politics of her choices. Most recently, at the Democratic National Convention last month, Obama delivered her speech in a cobalt blue Christian Siriano A-line dress with cap sleeves. The openly gay designer and gay rights activist had recently made news by dressing Ghostbuster’s star Leslie Jones, who publicly lamented that no designers would dress her based on her size for the movie’s premiere. Both Siriano and Obama have been long time advocates for inclusive fashion, regardless of size, shape and budget. 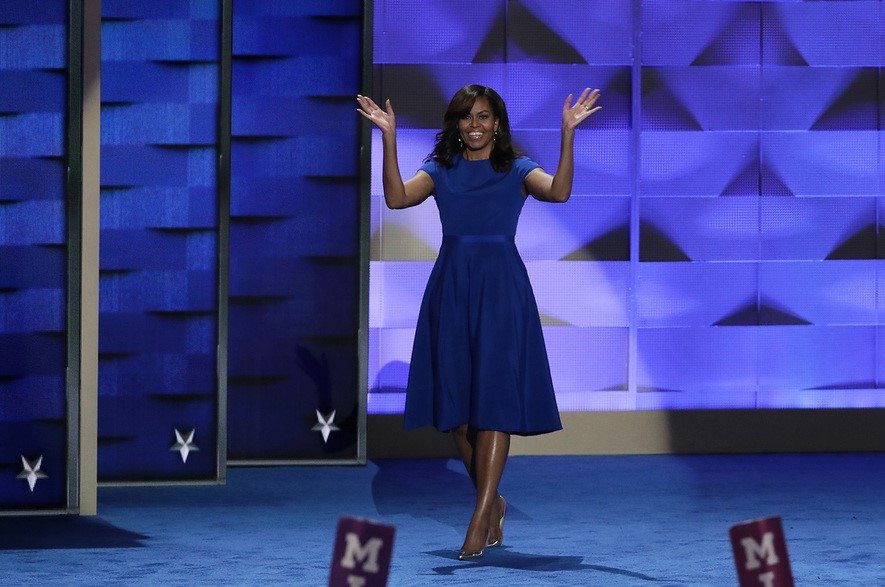 Obama’s appeal to everyday women around the world also lies in her ability to wear mass market brands such as Target, H&M and J. Crew. She has ensured trends such as a simple cardigan sweater or bare shoulders and arms can be acceptable for women in power, and that it is possible to be respected while also allowing herself to be feminine with a touch of sexy, an ongoing struggle for most modern women fighting for equality in the workplace. The most notable example of her modern esthetic was evident with the release of her official White House Portrait in 2009. In a timeline of first ladies dressed in modest suits and jackets, Obama stood out in a sleeveless black Michael Kors sheath dress with a double strand of pearls adorning her neck. Modest in its simplicity, yet revolutionary for a woman in her position. 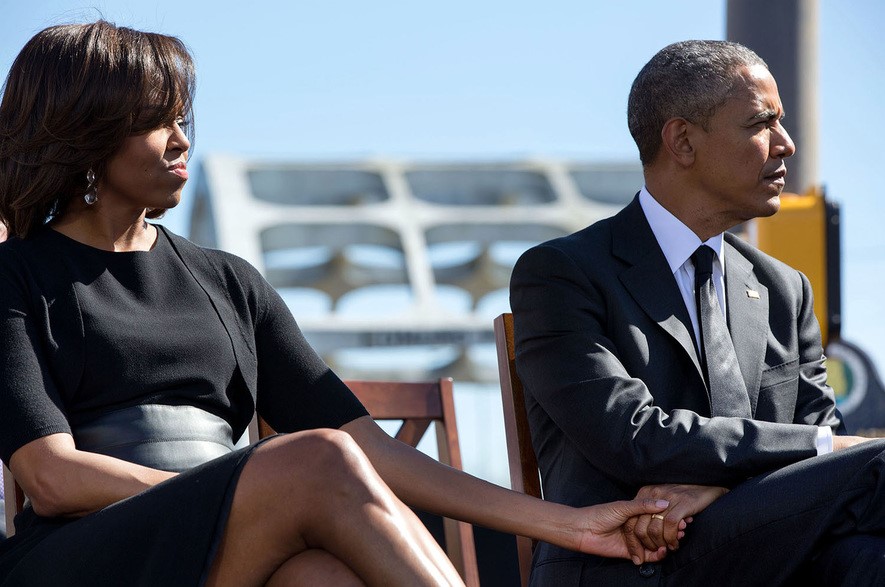 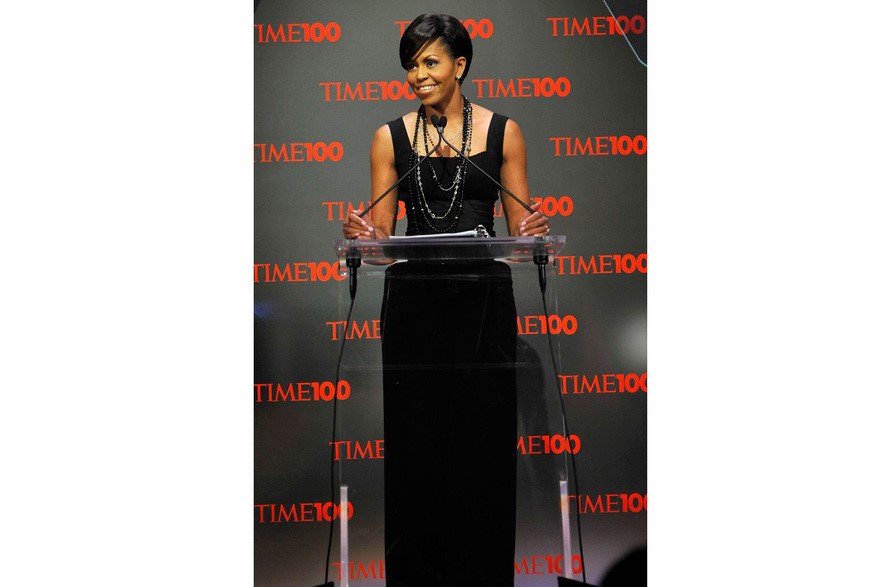 Although her eight fashionable years in the White House are soon coming to end, the Michelle Obama Effect has been far-reaching and everlasting. She has changed aspects of the fashion industry forever and used her public platform to uplift, empower and inspire women and designers alike. She