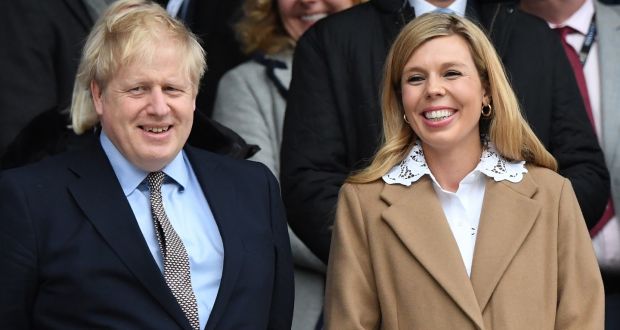 The Prime Minister of United Kingdom Boris Johnson and his fiancee Carrie Symonds have just  announced the birth of a “healthy baby boy”. Both mother and baby are said to be “doing very well” following the birth at a London hospital on Wednesday morning, their spokeswoman said. “The PM and Ms Symonds would like to thank the fantastic NHS maternity team,” the spokeswoman added.
Mr Johnson who only returned to work on Monday after spending time in intensive care during his battle with coronavirus. Ms Symonds also suffered symptoms of the disease.

The couple announced at the end of February 2020 that they were expecting a baby in “early summer” and they became engaged at the end of last year. Mr Johnson, 55, has previously suggested he intends to take paternity leave, although it is not known if this remains the case given the COVID-19 crisis. We are yet to know the name of the baby.

Following, Boris Johnson’s -divorce from his second wife Marina Wheeler early this year, with whom he has two daughters and two sons. He has become the first prime minister to get married while in office in 250 years.

Symonds, 32, who worked as head of communications for the Conservative Party until August 2018. She is now the advisor to Oceana, a conservation organisation dedicated to preserving marine life. She has also served as a special advisor to the former chancellor Sajid Javid, when he was home secretary, under the then prime minister Theresa May.