No, 50 shades of concealer is not an overkill.

When “50 shades” comes to mind, we think of the movie “50 Shades of Grey”, but from now on, anytime someone says “50 shades”, our first thought is going to be Fenty Beauty. When Fenty Beauty announced its 50-shade concealer launch (it went on sale yesterday) right around the time Morphe announced a 60-shade foundation range, the internet began to ask: Are we reaching peak shade range? Is it getting too difficult to find your color? Let’s just say, Customers, are getting satisfied.

So, when we research on YouTube via our favorite influencers channel like Jackie Aina, who has varied options to match her skin tone. She used one as an undereye concealer (Profilt’r Instant retouch concealer-Shade 390) and another as a contour (shade 498).

We looked at influencer Patricia Bright who used hers as a matte finish for her face(long-wearing), she got the Fenty face attention from the gym.

Some magazines timed a dozen staffers of varying skin tones while they shopped the 50 shades. The average time, all things considered, was pretty reasonable: 2 minutes and 51 seconds. Ten minutes was the longest (we guess debilitating perfectionism plus some ADHD—just a guess), and 13 seconds was the shortest (that’s either just plain luck or some kind of psychic power).

The truth is that Fenty’s lengthy shade range is less about creating “in-betweener” shades that could potentially lead to overlaps and way more about extending the spectrum of offerings for skin tones that have long been neglected, especially darker skin tones—there’s a large void to fill. So once you zero in on your cluster of shades, you’ll probably have just as hard or as easy of a time finding your shade as with any other brand. That said, many of us noted that there was a tinge of anxiety that we hadn’t really gotten the *perfect* shade.

And getting just the right one is pretty important because this PRO FILT’R formula is high-pigment, soft matte, and creamy—it’s designed to perform. That means it’s on the thick side and, to some, a little on the dry side, too. Others felt that this was as classic and effective a concealer as you can get, especially since a thicker type of formula usually sticks to skin best—perfect over blemishes and under the eyes. Or to cover up marks of another kind… We’re looking at you, Anastasia Steele, and Dakota Johnson-What’s your shade? 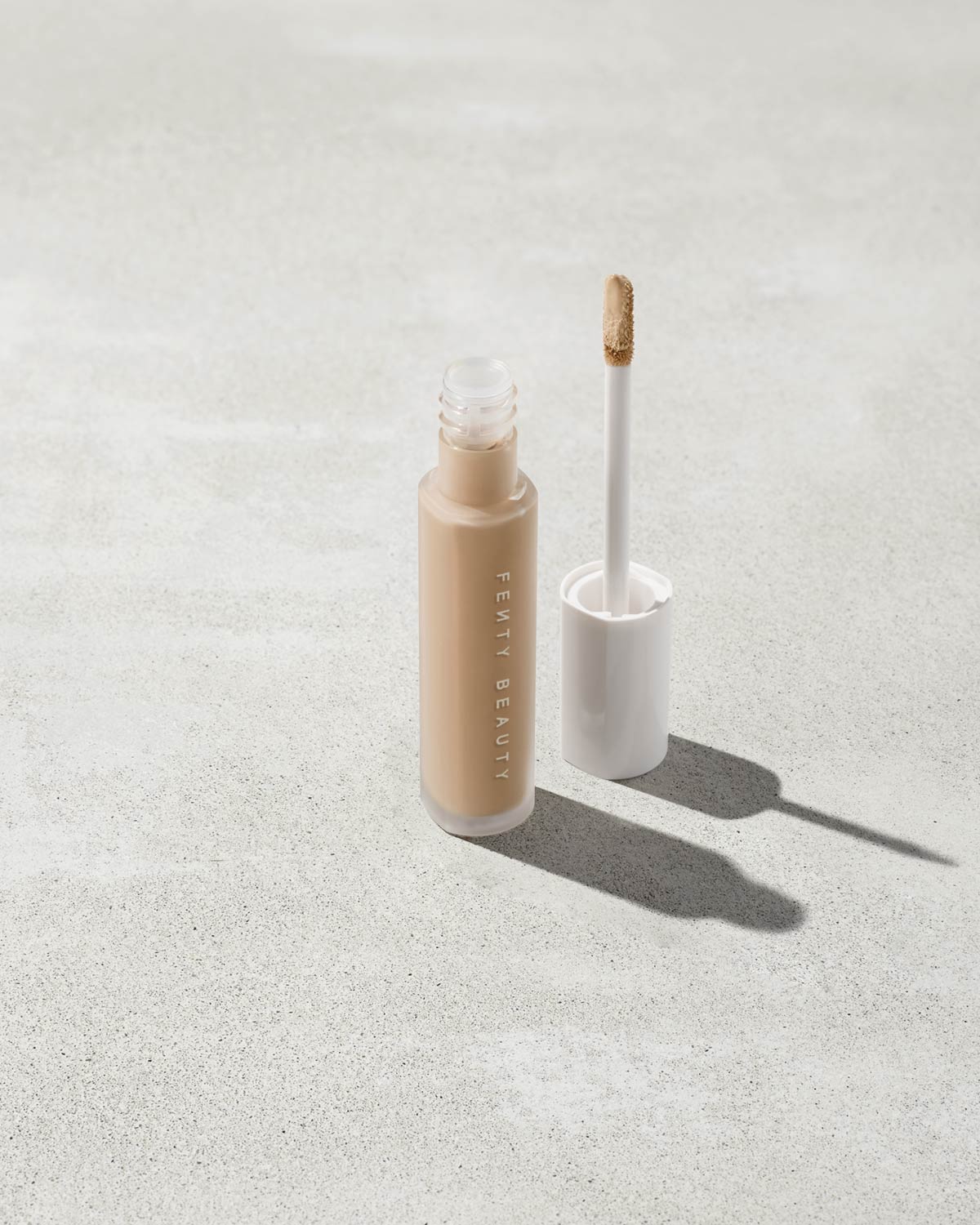 Meet The New Addition To Fenty Skin Collection By Rihanna