THE FASHION CROWD WAS ALL ABOUT SLIME GREEN ON DAY 2 OF MILAN FASHION WEEK FALL’19.

The colour shade is taking strides in fashion. 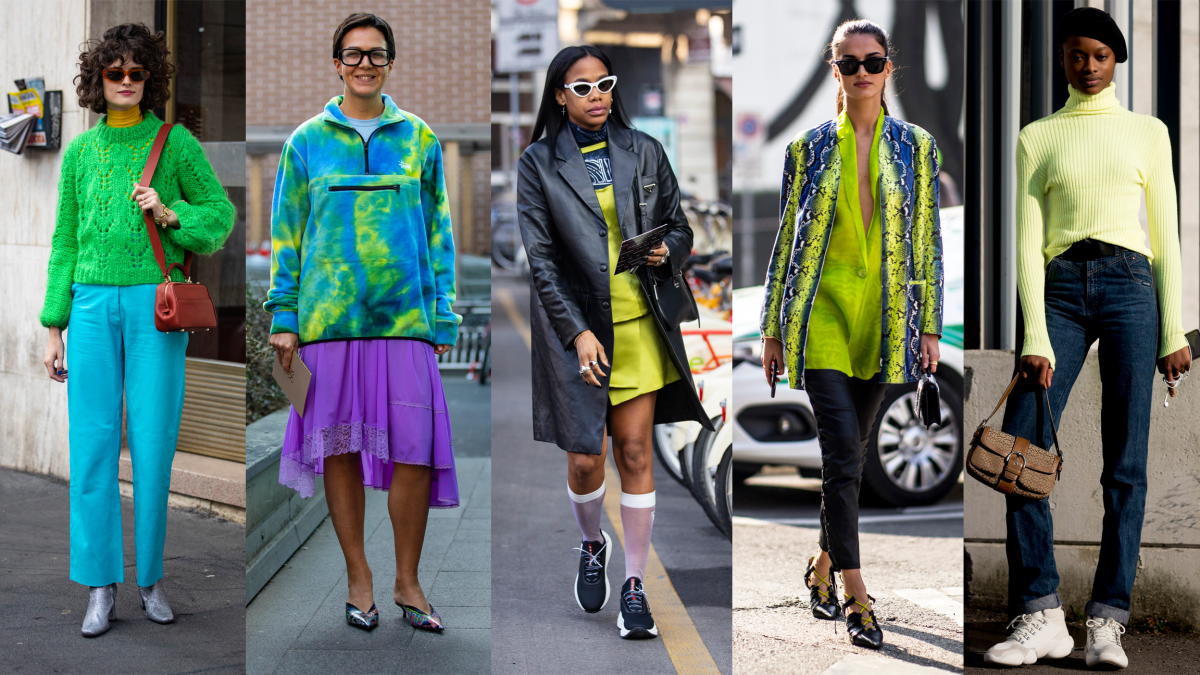 Slime green is still the colour in trend, according to the fashionistas on the street of Milan Fashion Week. From an eye-catching neon to an equally poppy pastel, the street style crowd went all in on the vibrant colour hue on Thursday. There were chunky knits and tie-dye fleeces that blended the colour shade with a vivid turquoise, as well as breezy green blouses and sculptural blazers. Some matched the colour with sleek leather jackets and bright bottoms in blue or purple, and it showed up on a number of mini bags.

The sartorial slime was also accompanied by a series of Baguette bags and head-to-toe Fendi looks. We are not in the Kid’s choice Award but the stylistas aren’t afraid of getting slimed. Versace Fall ’19 is filled with slime green and the heritage label presented its Fall 2019 collection – the last from Karl Lagerfeld – earlier in the day, so it came as no surprise that its double F monogram was spotted on a range of bomber jackets and that notable front-rowers toted around the brand’s recently reintroduced “It” bag from the ’90s. Overall, day two was filled with nostalgia both on and off the runways.