THE NEXT GENERATION OF BACKSTAGE BEAUTY PROS YOU NEED TO KNOW 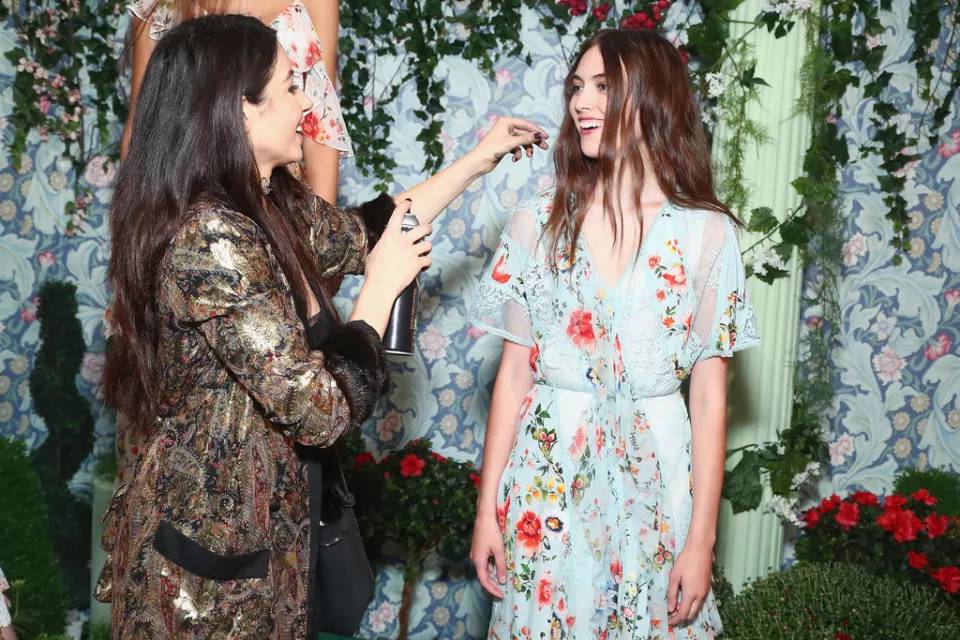 Pat McGrath, Guido Palau, Jin Soon Choi, James Pecis, Odile Gilbert, Diane Kendal, Val Garland. These are the names you’ve heard for years if you follow what’s going on backstage at any given Fashion Week, no matter the season (or even the continent). At the shows in New York, London, Paris and Milan, these are the pros who have become not only backstage staples, but also legendary forces in the beauty industry. But while their careers are all going strong, they aren’t the only ones setting the hair, makeup and nail trends that make their way down the runways.

Just as those aforementioned superstars won their way to the top, so too has a new generation of makeup artists, hairstylists and nail artists, whose talents and perspectives have positioned them to the be the next must-know names in runway beauty. Below, a roundup of the up-and-coming backstage names you need to know. You’re going to want to remember these names. 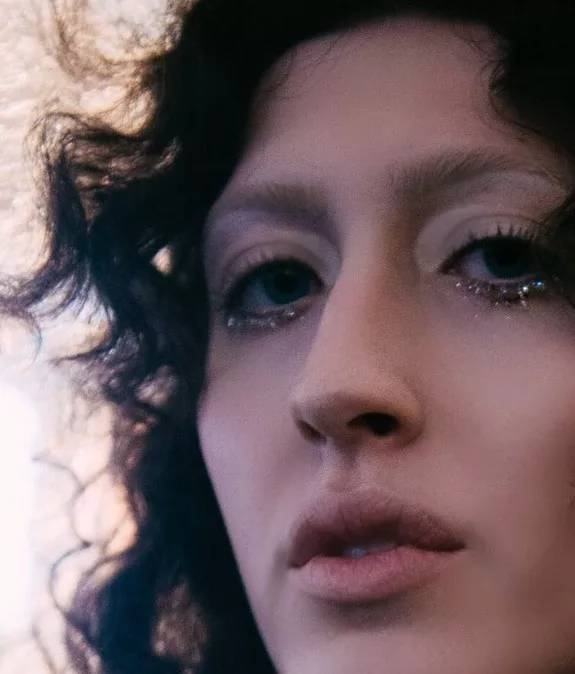 After having assisted for the Queen of All Backstage (Pat McGrath, obviously), Parsons worked her way up through numerous editorial, runway and campaign gigs, eventually becoming a go-to makeup artist for Gigi Hadid. In June 2017, she was officially tapped for a position as Maybelline’s global makeup artist, helping to create Hadid’s eponymous line for the brand and heading up many of its sponsored NYFW shows for the Fall 2018 season.

Fans new and old of this Fashion Week veteran look to her for dramatic, seamlessly-blended eyes, lips in classic reds and nudes and strategically placed highlighter that practically screams “I drink three gallons of water a day.” 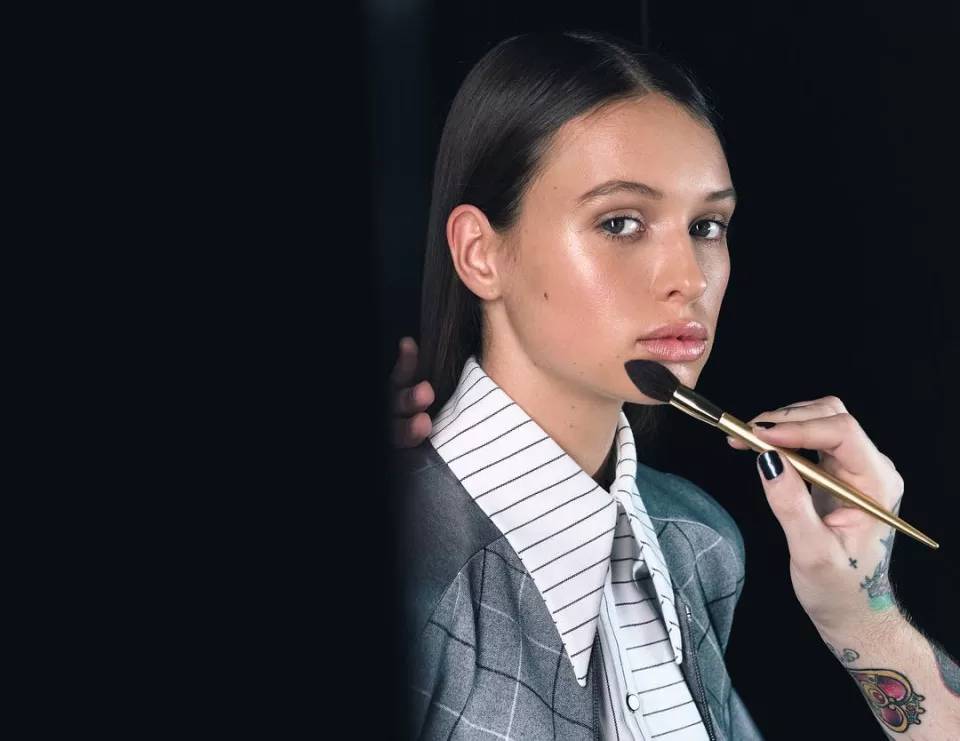 Known for his playful downtown aesthetic (his work has been heavily featured in indie-cool, newly digital-only Nylon) and his regular presence assisting behind the scenes at some of the glitziest Fashion Week runways, Tony Tulve has distinguished himself as a makeup artist to watch.

Starting out as a MAC artist over a decade ago, Tulve really made his mark in 2014 when he worked his first NYFW show just two days after moving to New York. Inspired by natural colors and textures, Tulve’s designs typically feature millennial-friendly fresh skin, glossy eyes and hints of his personal goth-leaning aesthetic with bold pops of colors and sharp geometric lines. 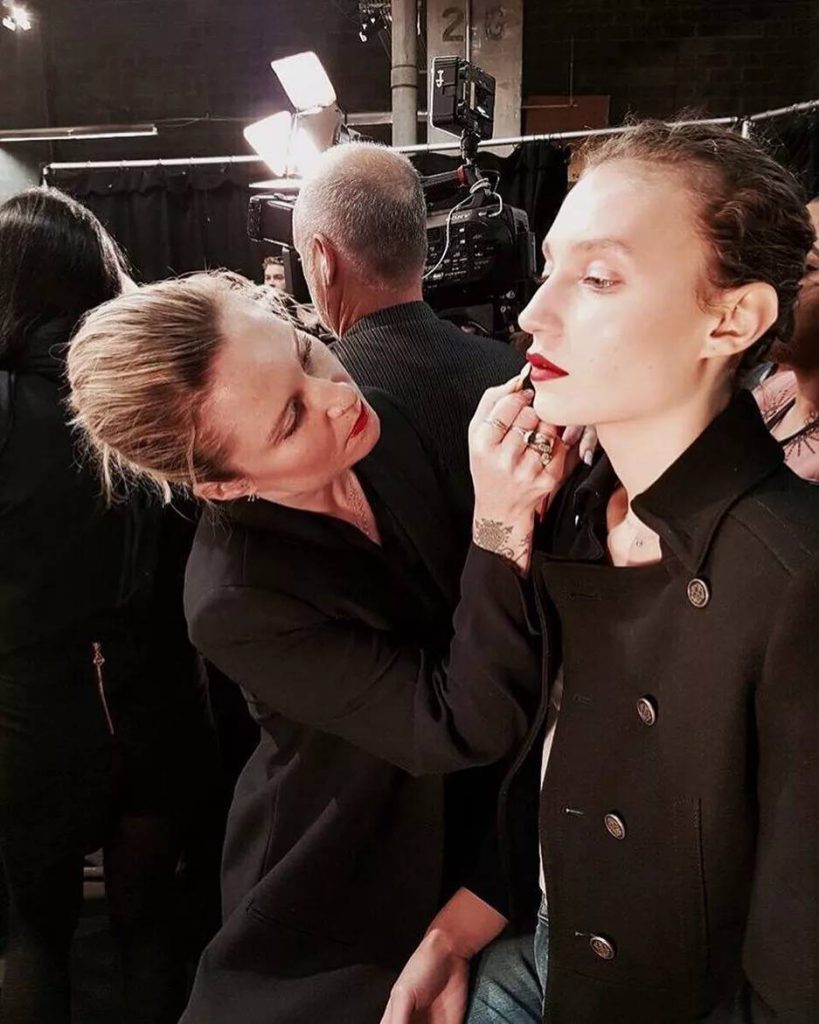 Runway beauty has a reputation for being difficult to replicate in real life, which is what makes makeup artist Ashleigh Ciucci’s knack for making aspirational elements like graphic liner, yellow eyeshadow and all-over purple lips, lids and cheeks seem accessible so exceptional. She’s a veteran of the New York shows, but consistency is key in building a career, and that’s something Ciucci has mastered, working regularly with Maybelline and Revlon, becoming a backstage mainstay at shows like Narciso Rodriguez, Philipp Plein, Alice + Olivia and BCBG. 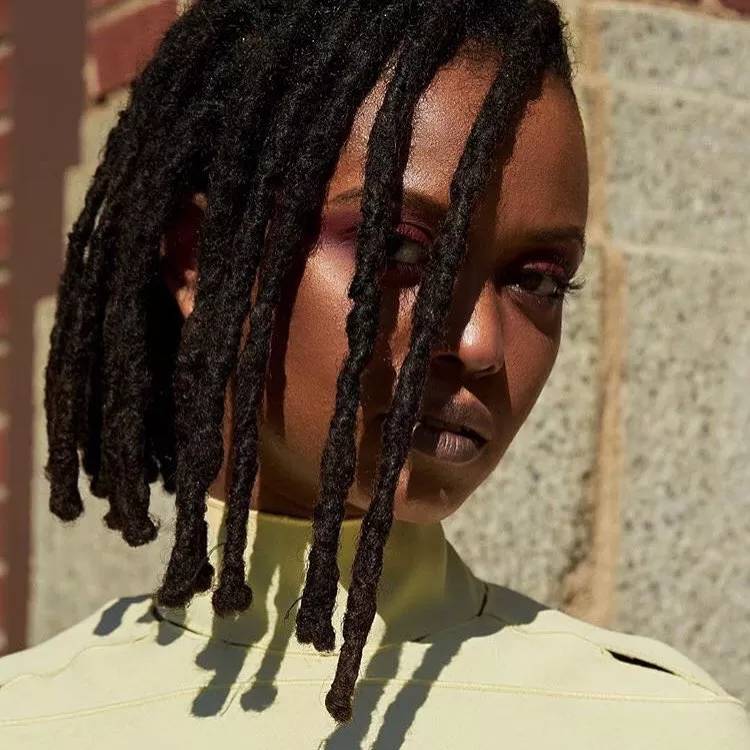 In an industry that’s still struggling just to manufacture makeup for people of color, let alone correct the parity on the runway, makeup artist Raisa Flowers has made a name for herself crafting makeup looks both daring and demure for models of all skin tones.

Flowers brings a unique perspective with brilliant, sometimes SFX-inspired makeup (check out her Instagram for some seriously cool, seriously out-there, self-modelled looks) and her experience on the other side of the runway. In addition to her work behind-the-scenes this year, Flowers will also be taking to the catwalk for designer Kaimin. That’s what we call multitasking. 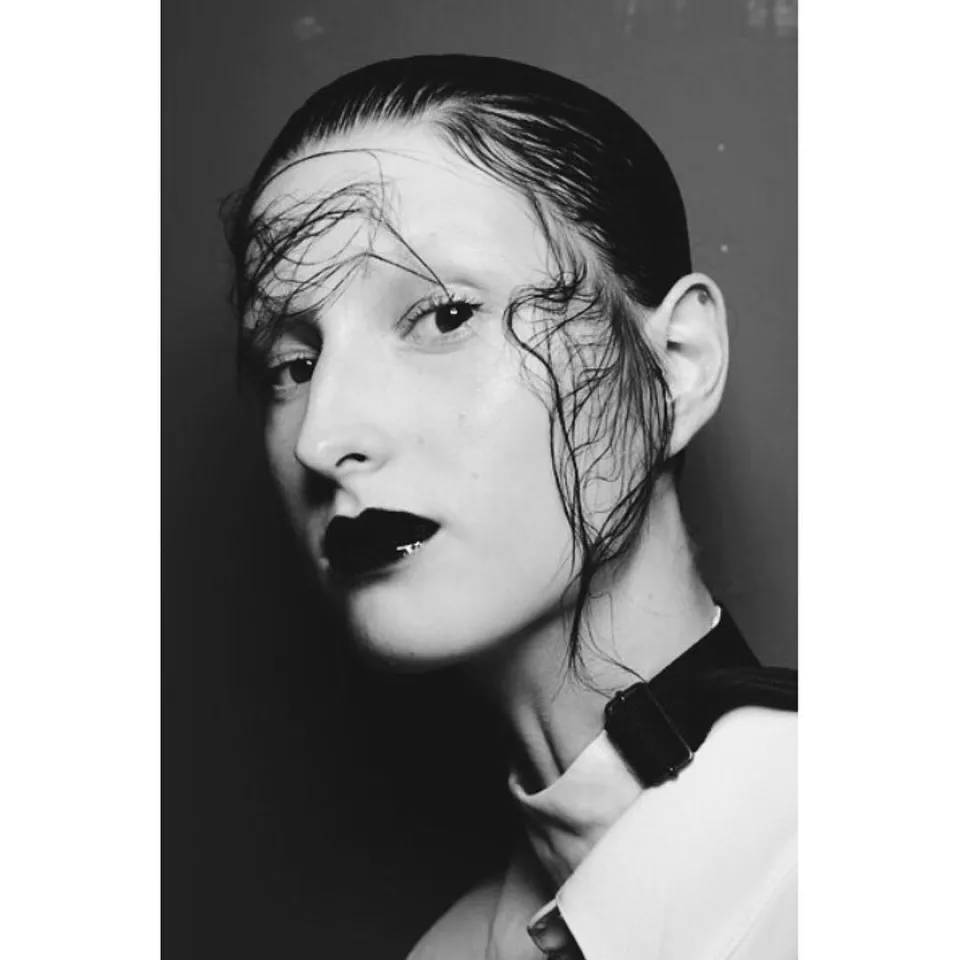 Whether it’s undone California cool or bombshell waves (of the Victoria’s Secret Fashion Show pedigree), hairstylist Emily Heser — with 12 years of backstage experience, working everywhere from basements to palaces — has it covered. Working frequently with styling hero James Pecis, Heser can count shows by Off White, Rachel Comey and Missoni among her assisting history with another two dozen coming up this fashion month across multiple continents, including a spot as lead stylist for BCBG this NYFW.

A former protégé of honorary-Kardashian Jen Atkin, Marjan’s mirror-shine blowouts and beachy waves have earned her positions styling for Insta girls like Olivia Culpo, Rocky Barnes and Lily Aldridge, nabbed a contract with hair mega-brand Tresemmé, and taken the reins at multiple Fashion Week standouts, including this season’s Creatures of Comfort, Cushnie et Ochs and Alice + Olivia shows. With Kardashian roots (Marjan still frequently works with the family), it’s also no surprise that she’s garnered quite a following on social media — currently, 215K, to be exact — and her work easily straddles the influencer, celebrity and backstage realms. 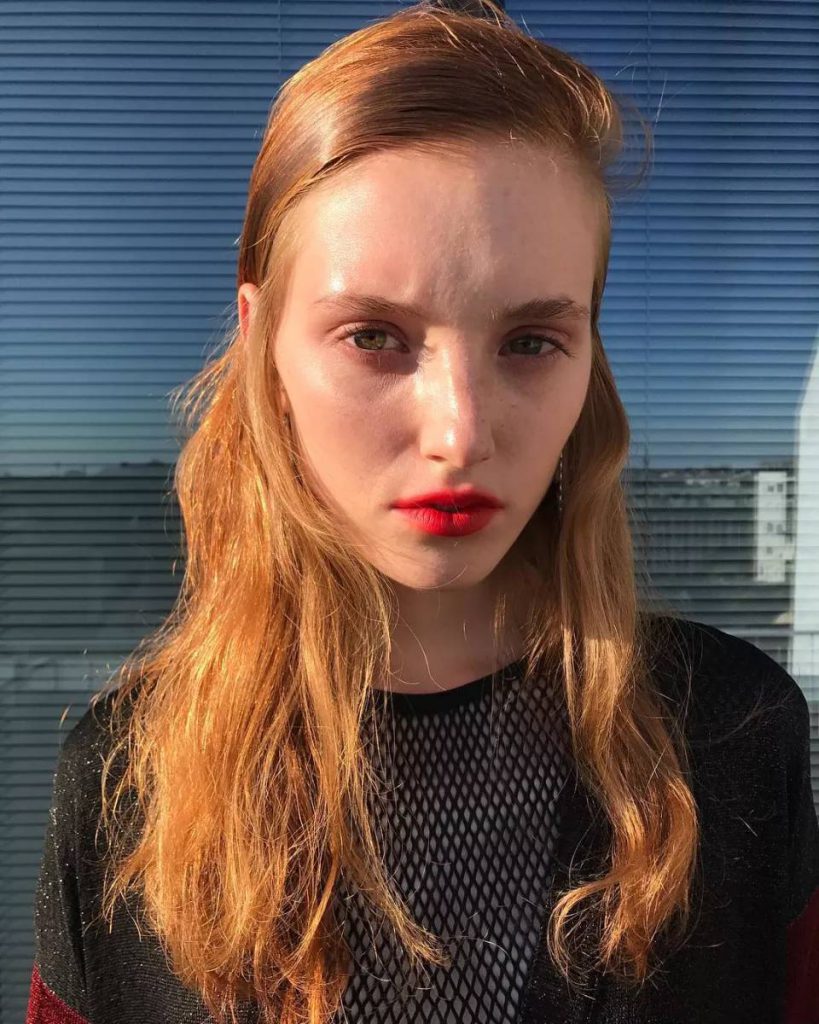 While most of Holli Smith’s two-decade-plus career has been spent outside of the fashion month crawl, she’s more than made up for that time since she started working backstage in the last few years. Her aesthetic — a mix of punk-inspired silhouettes and the sort of rumpled, effortless-looking coifs we all dream of waking up with each morning — has made her a mainstay key hairstylist for both men’s and women’s brands alike, counting Acne, Jason Wu, Balenciaga and Proenza Schouler amongst her usual gigs. 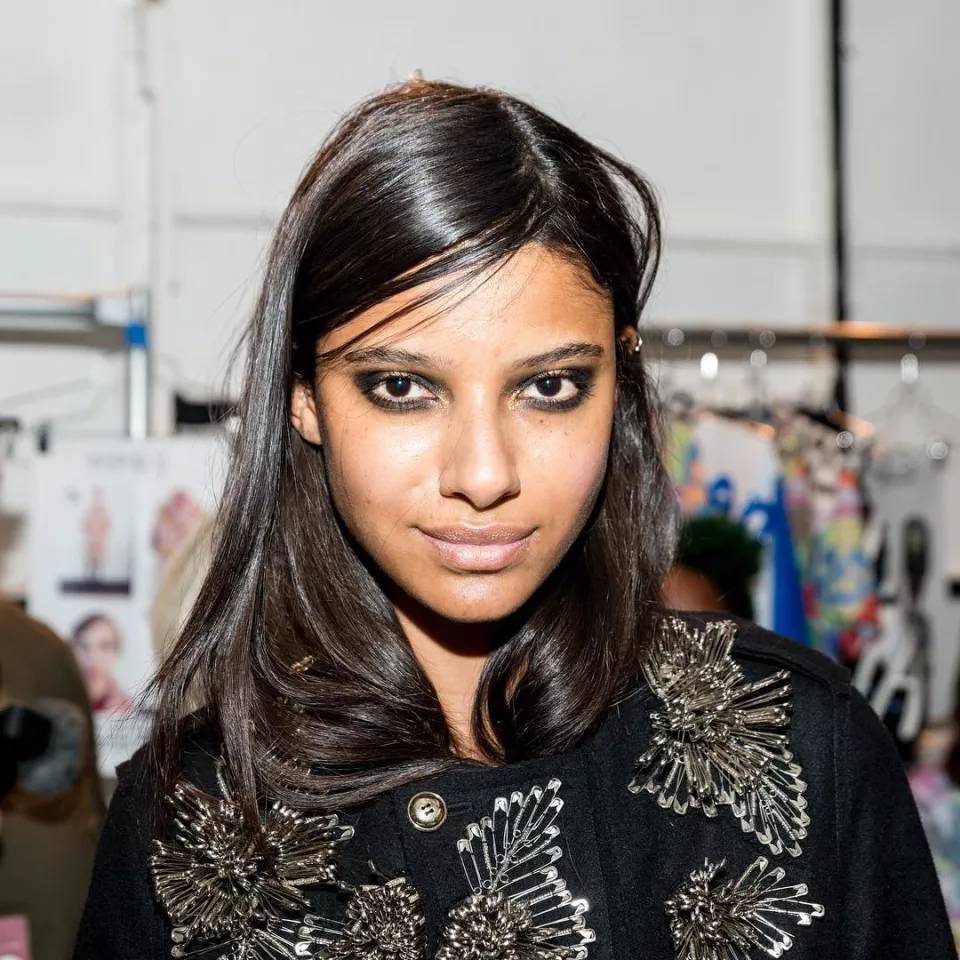 Though she started her beauty days as an esteemed manicurist — she served as a longtime brand ambassador and nail artist for Butter London — Katie Jane Hughes made waves three years ago when she transitioned to focusing full-time on her work as a makeup artist. Her nearly 89K Instagram followers obsess over the trademark glossy skin and bold eye looks that have made Hughes a hit with the Glossier set, not to mention behind-the-scenes glimpses of clients like Rosie Huntington-Whitely. Backstage, Hughes has served as key makeup artist for the likes of Rachel Zoe, Karen Walker, Creatures of the Wind, Milly and Libertine, bringing dewy complexions and creative eye makeup to the runways. 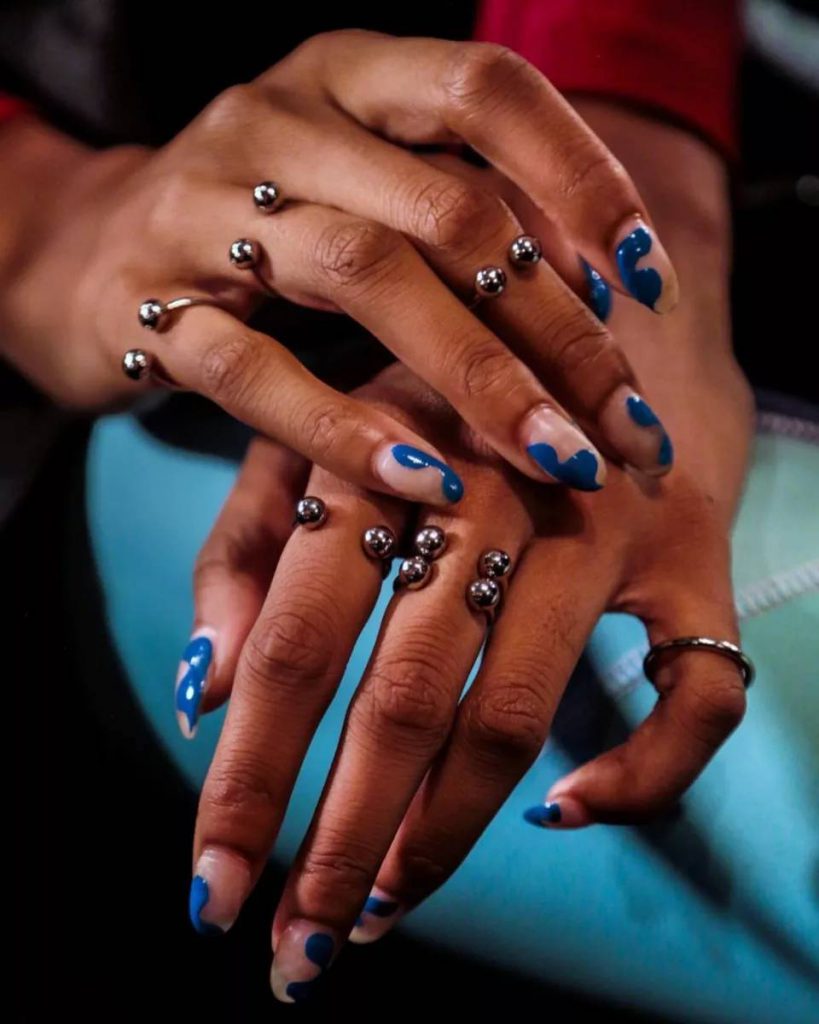 New York City-based nail enthusiasts are likely already familiar with the stylings of nail artist Eda Levenson, aka Lady Fancy Nails, thanks to her insanely-Instagrammable seasonal nail designs for chic nail salon/coffee spot, Chillhouse. But she also sets nail trends on the runways, this season creating the looks for Adeam, Han Wen, Chromat and MUSED by Lindsay Jones. Inspired by her family’s graphic design background, Levenson decorates her tiny fingertip canvases with creations based on typography, architecture, jewellery and pattern-making; the dainty, dynamic nature of which have made her one of the most sought-after nail artists in the business of late. 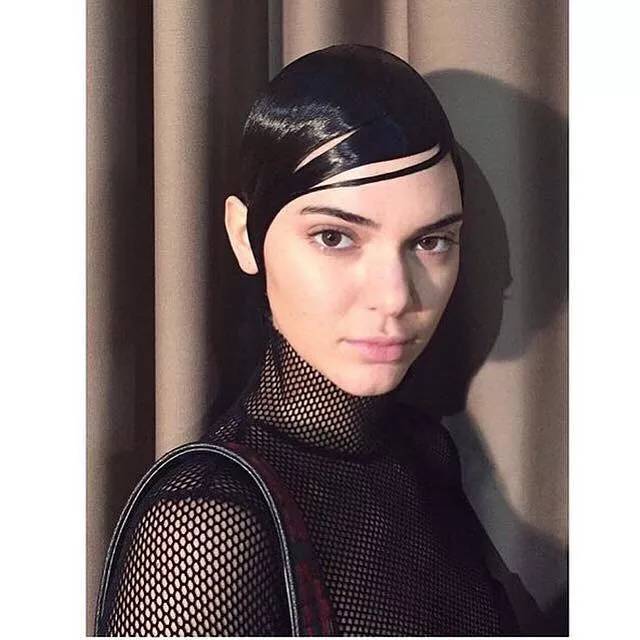 With a knack for silky blowouts and a long history of work with major industry names like Orlando Pita and Guido Palau, hairstylist Karla Serrano has the pedigree to become a power player in the backstage beauty scene. Add in an assisting role on ten NYFW shows this season alone — including big names, like Calvin Klein, Marc Jacobs and Alexander Wang — Serrano’s proclivity for tousled waves and floaty layers seem destined to be some of the most noteworthy looks of the season.