With those ‘gram-friendly red phone booths and His Royal Cuteness Prince George, our sibling across the pond doesn’t lack for charm. And while you can feel the excitement of the city’s young creatives turning everything from the art scene to the culinary world upside down, the equally palpable hum of history is what makes this capital truly one of a kind.

London has its fair share of museums, but some of the city’s best art can be found scrawled on the walls of buildings around town. “London is famous for its world-class street art,” says Dave Stuart, founder of Shoreditch Street Art Tours, a guided walking tour service located in the graffiti-heavy Shoreditch neighbourhood on the East End. “Banksy made his name here and many other street artists from the U.K. and abroad use our walls to create an ever-changing visual assortment of legal and sometimes not-so-legal art.” Considering some pieces are challenging to find, we asked Stuart for seven highlights worth visiting on your next trip. While some of the below may have disappeared by the time you arrive, you can rest assured that there will be new things in their place. 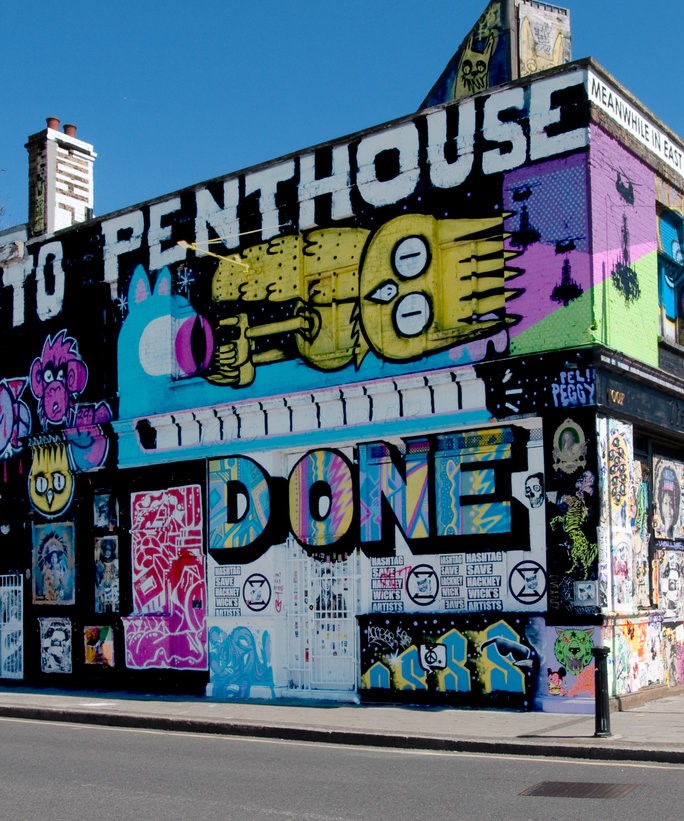 “Hackney Wick in East London is a riot of colour around its canals and streets. While gentrification is currently pricing artists out of the area, the explosion of art on this former pub on White Post Lane is a protest against the demolition of the artists’ workplaces and homes. Get there quick 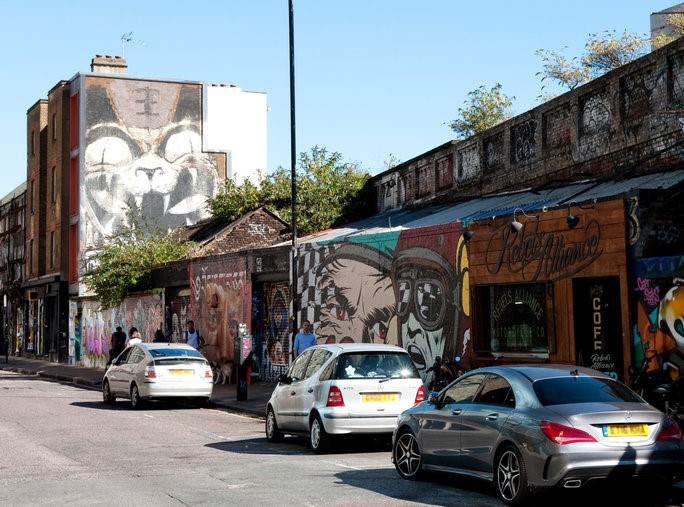 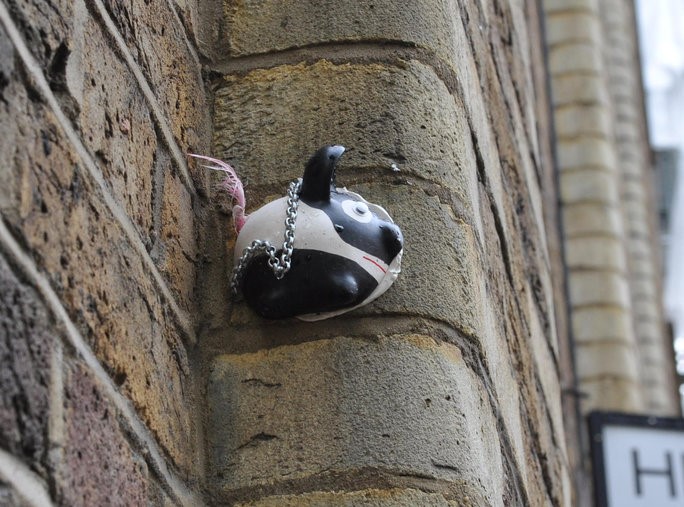 “In this vibrant alleyway in Shoreditch, you may find novices jostling for space alongside real legends from the street art world. Some of the work may be done with permission, perhaps some not. But remember that it’s not all about big murals: If amongst the overwhelming splashes of art you look carefully up high, you can usually find a piggy or two by Hamburg’s own LovePiePenBrinck (pictured above).” 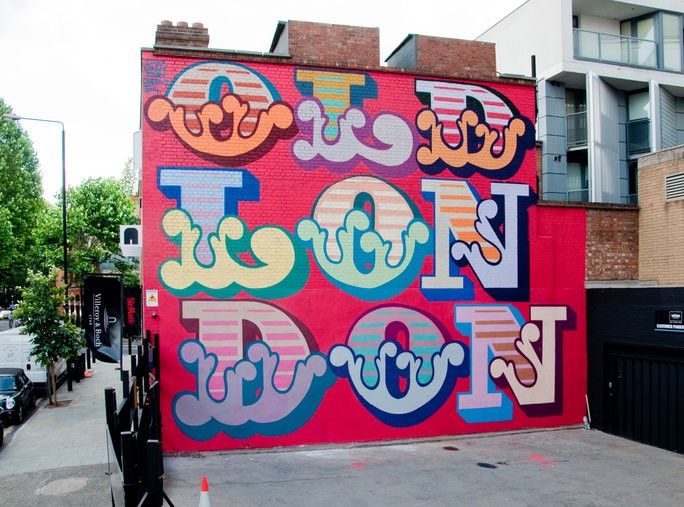 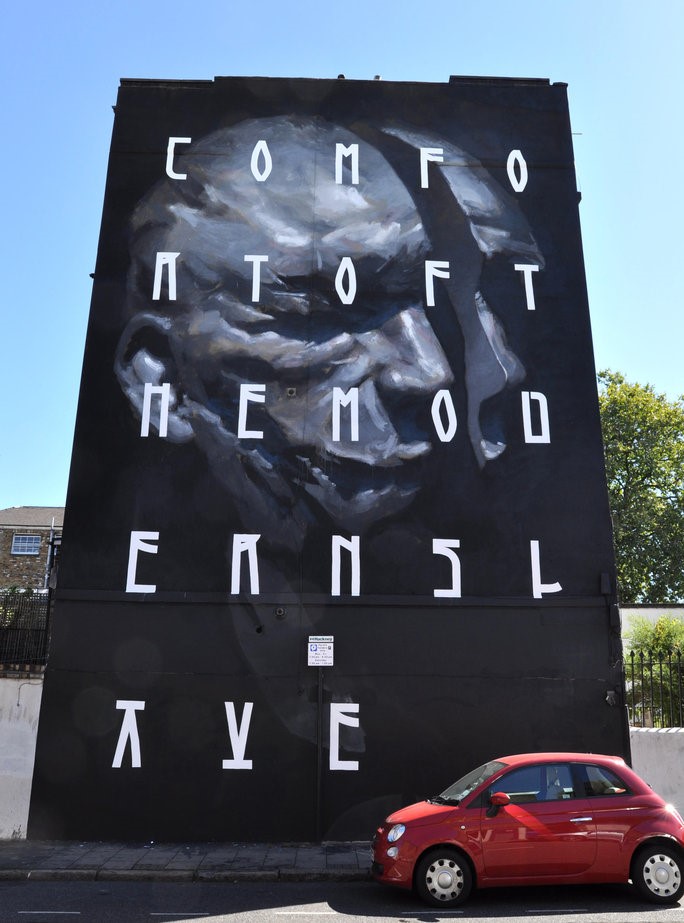 “Miami resident Axel Void painted this stunning mural, titled “Comfort of the Modern Slave,” on Hackney Road in the summer of 2016. He is a star of many street art festivals and was a standout at Banksy’s 2016 Dismaland show.” 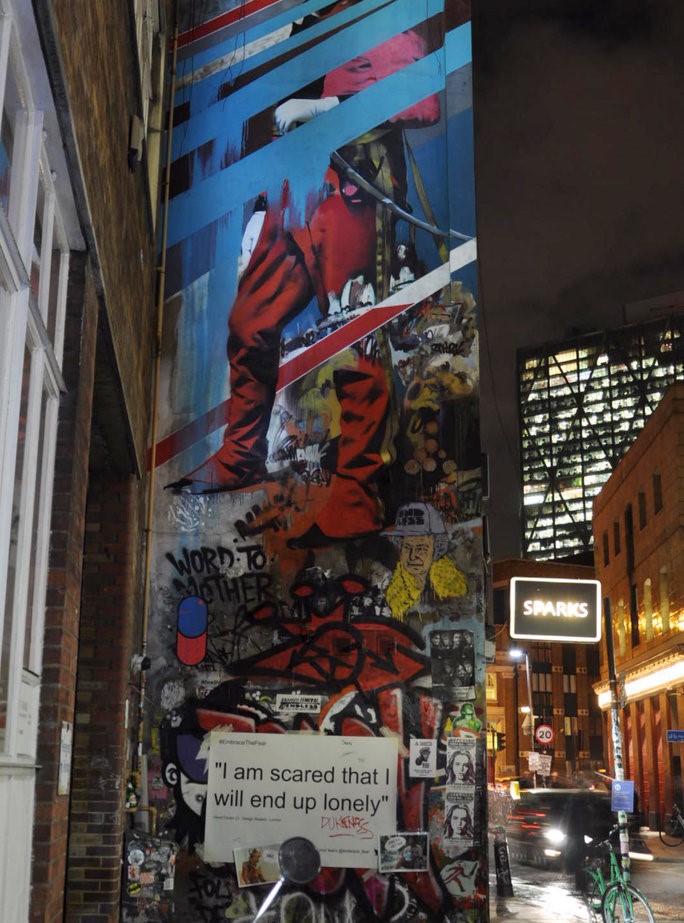 “Irish lad Conor Harrington, whose work is shown above, is a rising star of British figurative art, not to mention a street art legend. A couple of more examples of his incredibly masculine military figures can be found nearby on Fashion Street and Whitecross Street.” 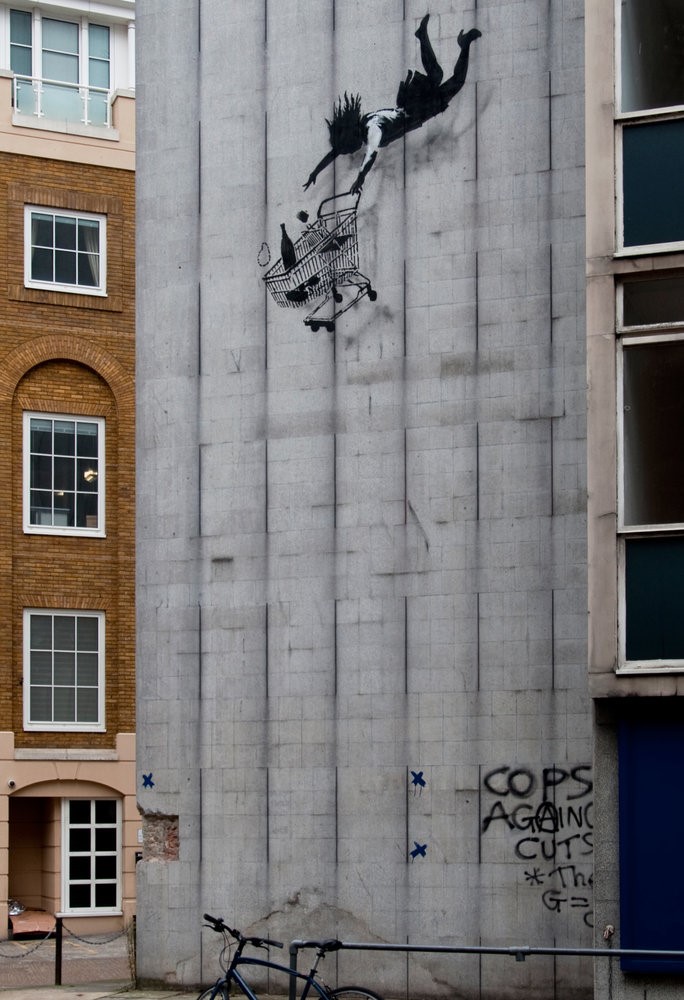 “The brilliance of this Banksy piece, titled “Shop Till You Drop,” lies in both its jaw-dropping execution—it was done without permission—and its stunning location, yards from the expensive boutiques of new Bond Street and the shopper’s paradise of Oxford Street.”