The Dolce & Gabbana Alta Moda 2019 show was held at the Valle dei Templi in Agrigento on the south coast of Domenico Dolce’s native Sicily – a two-hour drive from Palermo. A runway was erected at the 430 BC Temple of Concordia with its beautiful structures of Ancient Greeks that built them and the fashion show was also inspired by the designer’s Italian Island’s Ancient Greek roots. Dolce said in an interview; “Culture is a complicated word,” Dolce said in a preview. “This is a very private story. We only want to share this with people who feel the same as we do.”

By this, you can tell by the attendees who were their fabulous-looking clients in their Alta Moda dresses, their Alta Sartoria suits and Alta Gioielleria jewels with each other, for each other, and get to be part of a spiritually connected gathering.

“From 1984, little by little, we built an image and a label,” Gabbana said. “We know we are good not because we are better than other labels but because we are independent and it’s not easy to tell a story like we do. Everything comes from our hearts, not from a CEO. We are spontaneous. We make what we want. Alta Moda is an expression of this. It’s an experience. We want to share with you our hearts.”

Dolce and Gabbana named each dress after a Greek muse and took inspiration from their patronages, from the armour of Athena to the crossbow of Diana. Tne collection consist of metal accessories, beaded gold leather sandals and each of their haute couture dress says Ancient Greek masterpiece. 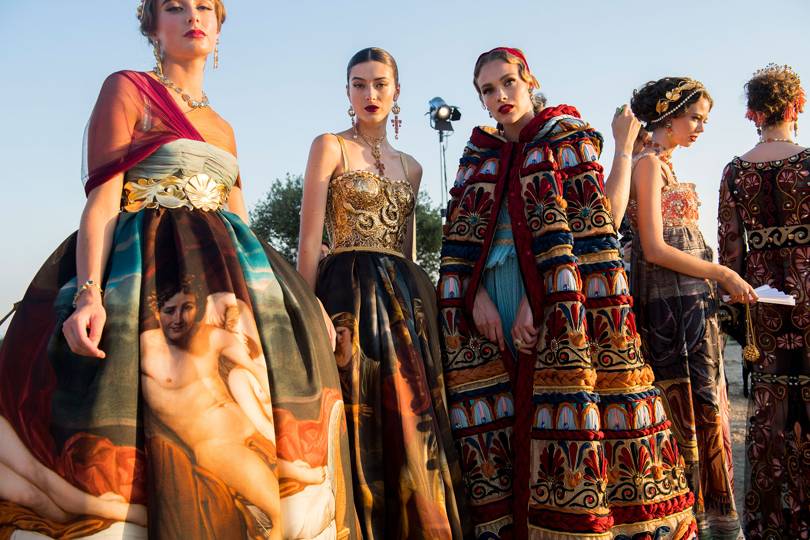 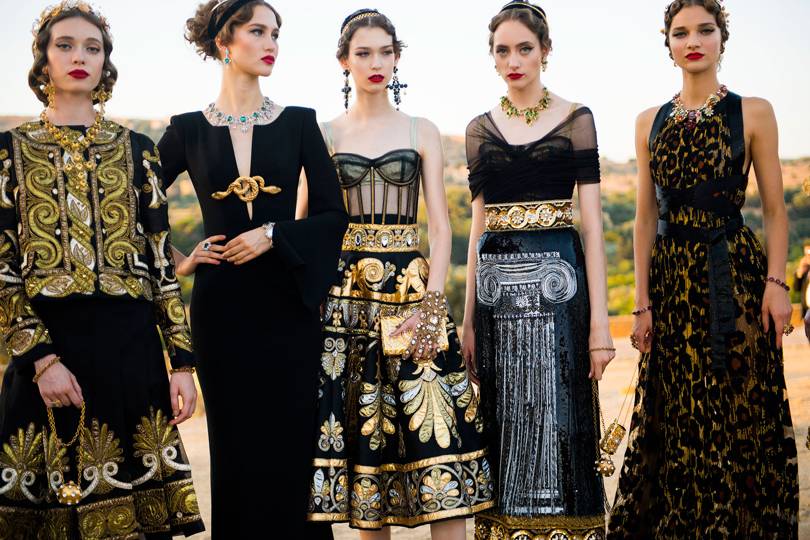 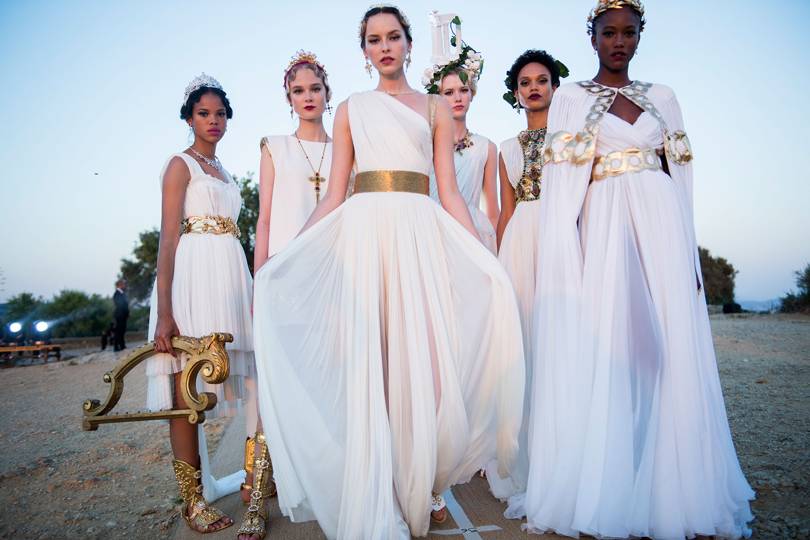 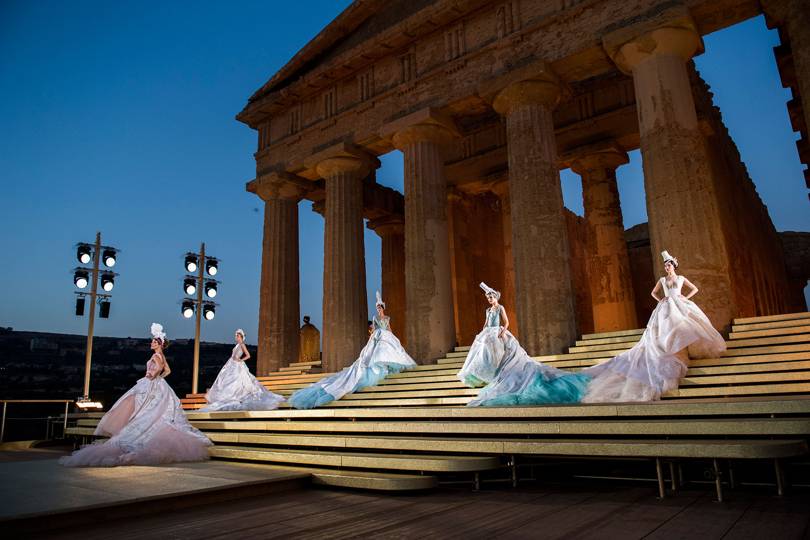 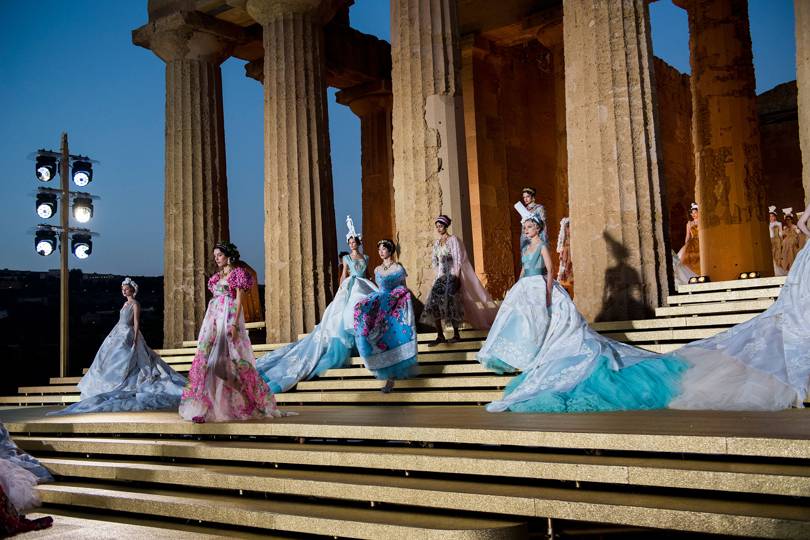 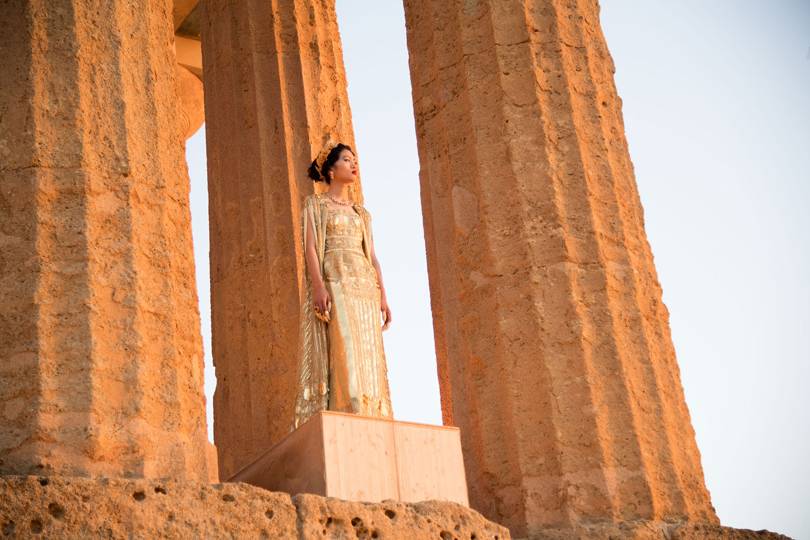 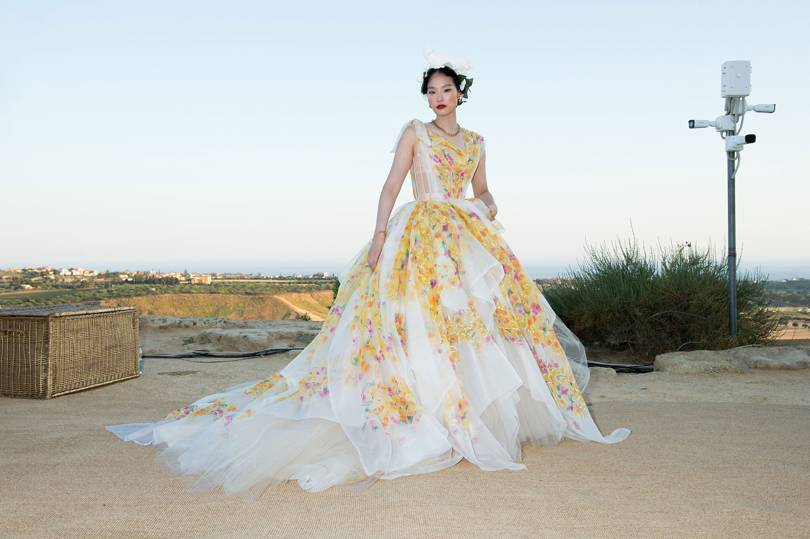 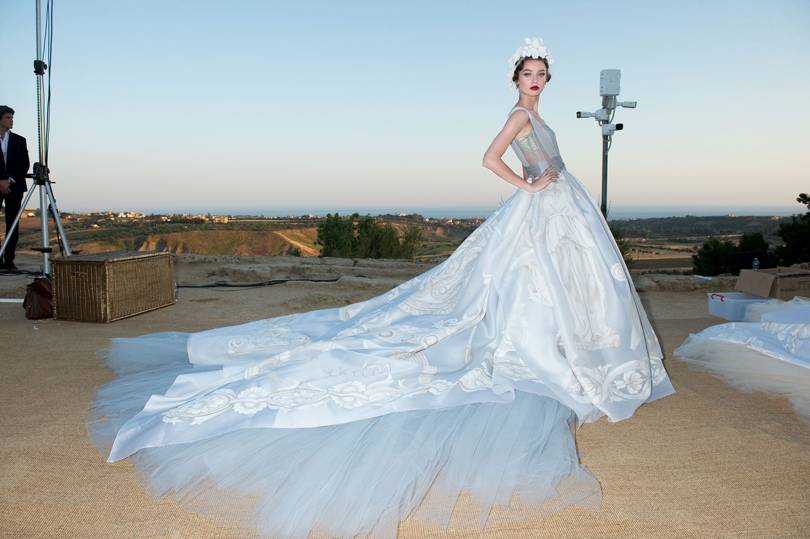 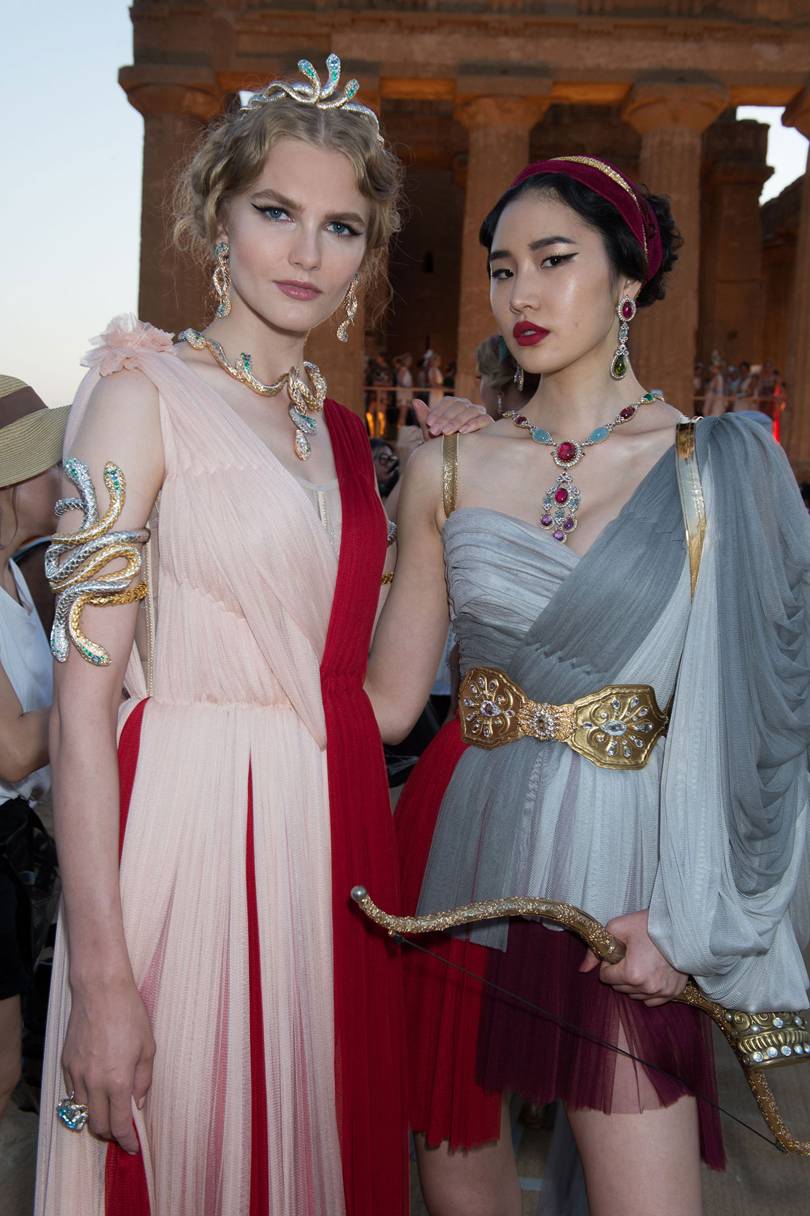 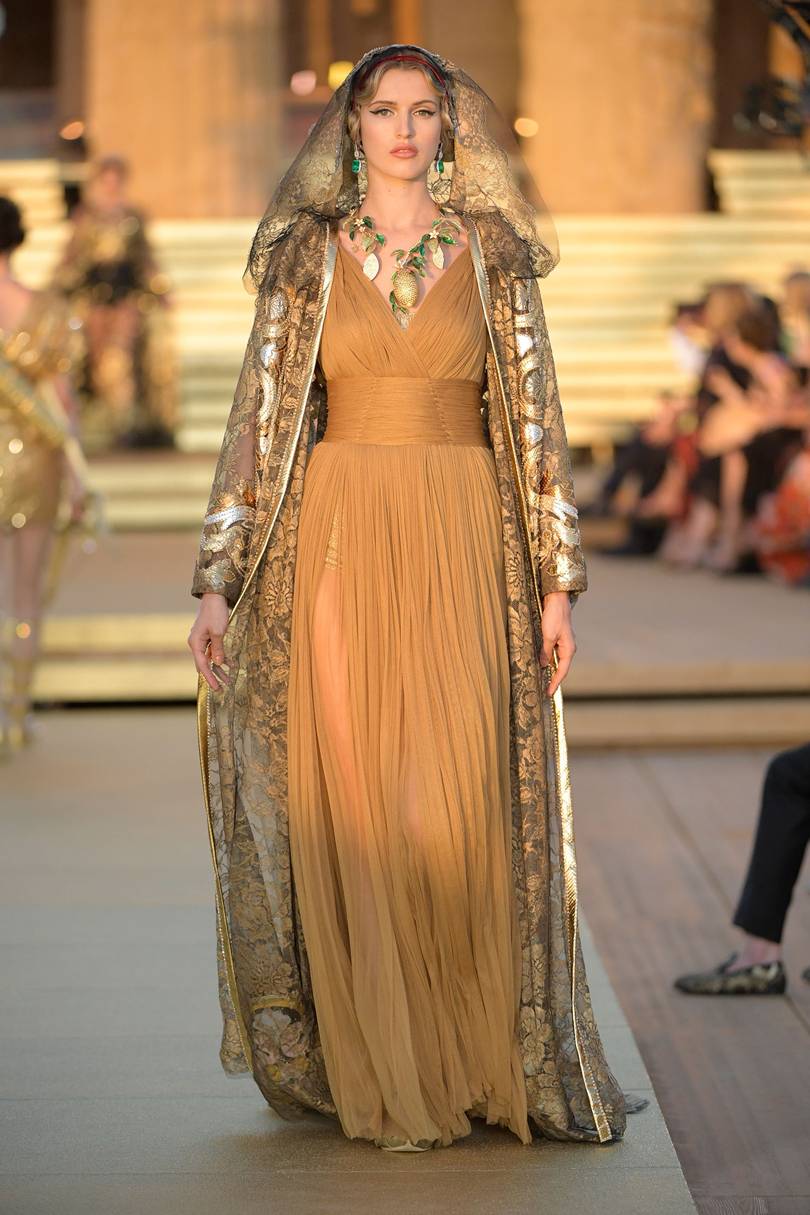 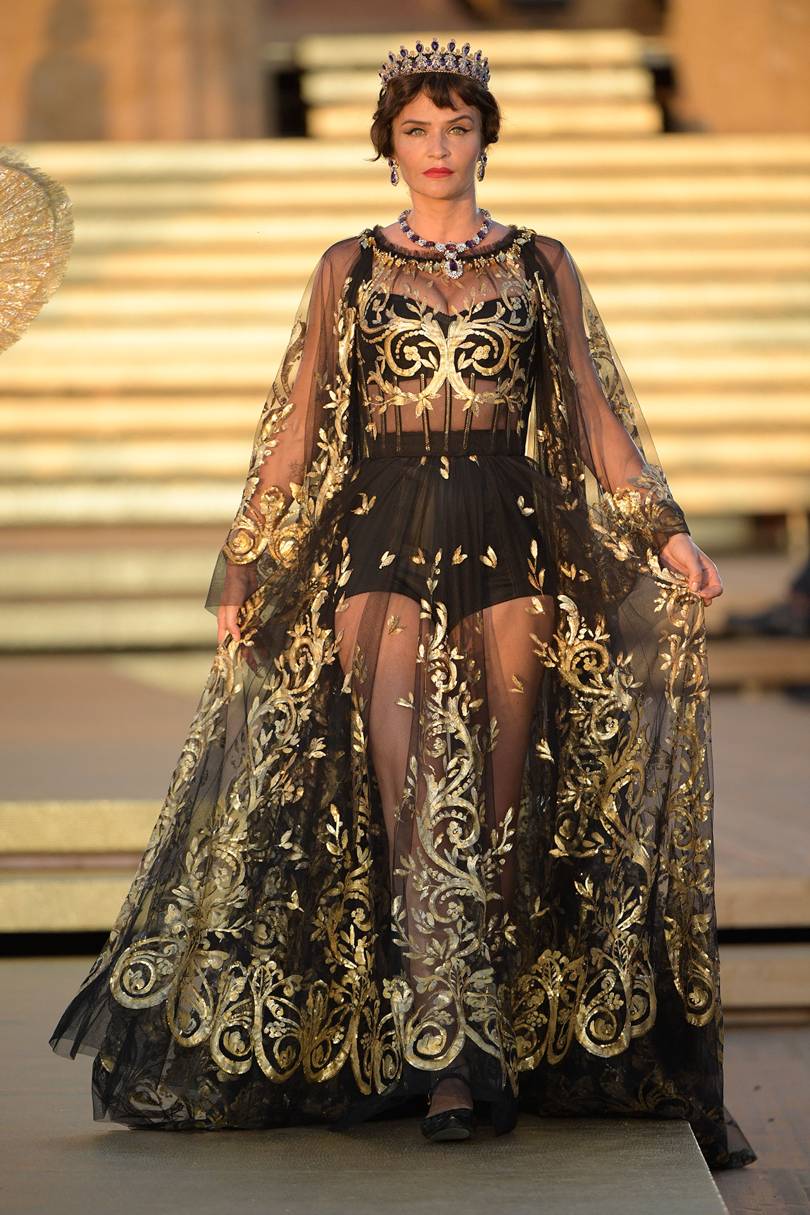 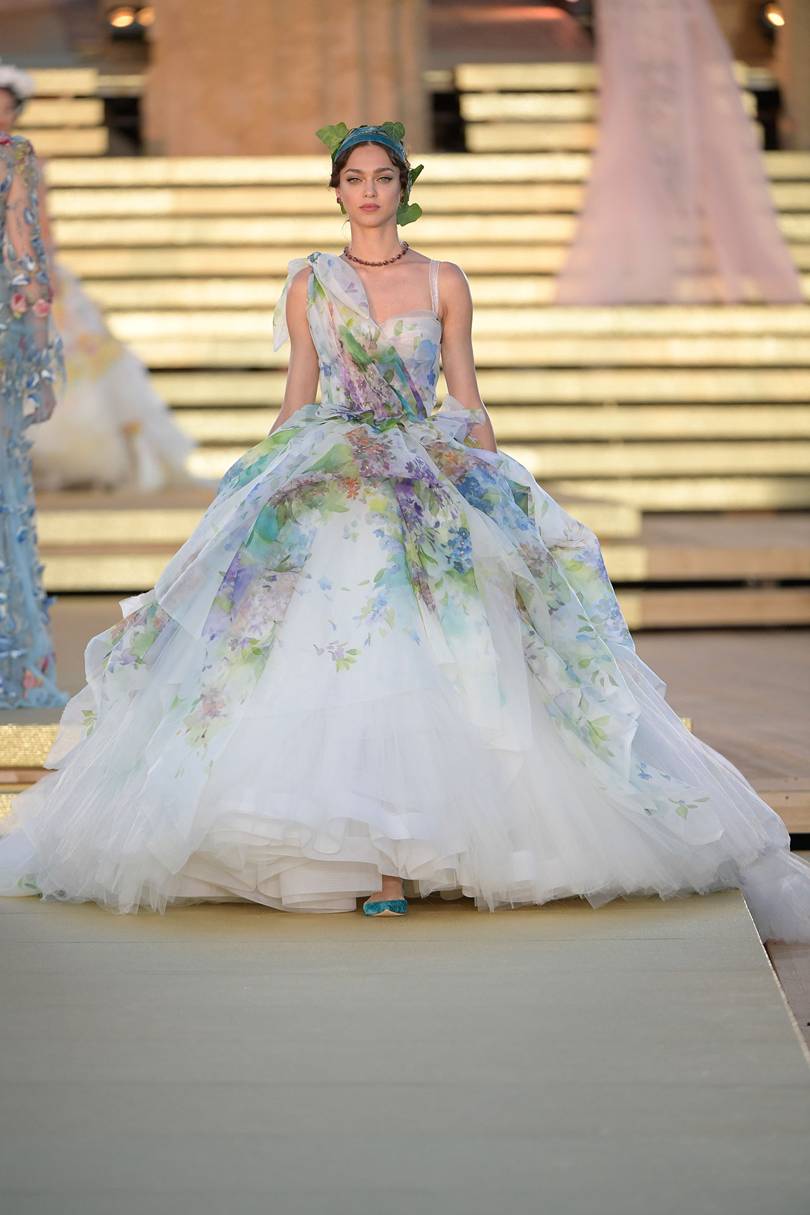 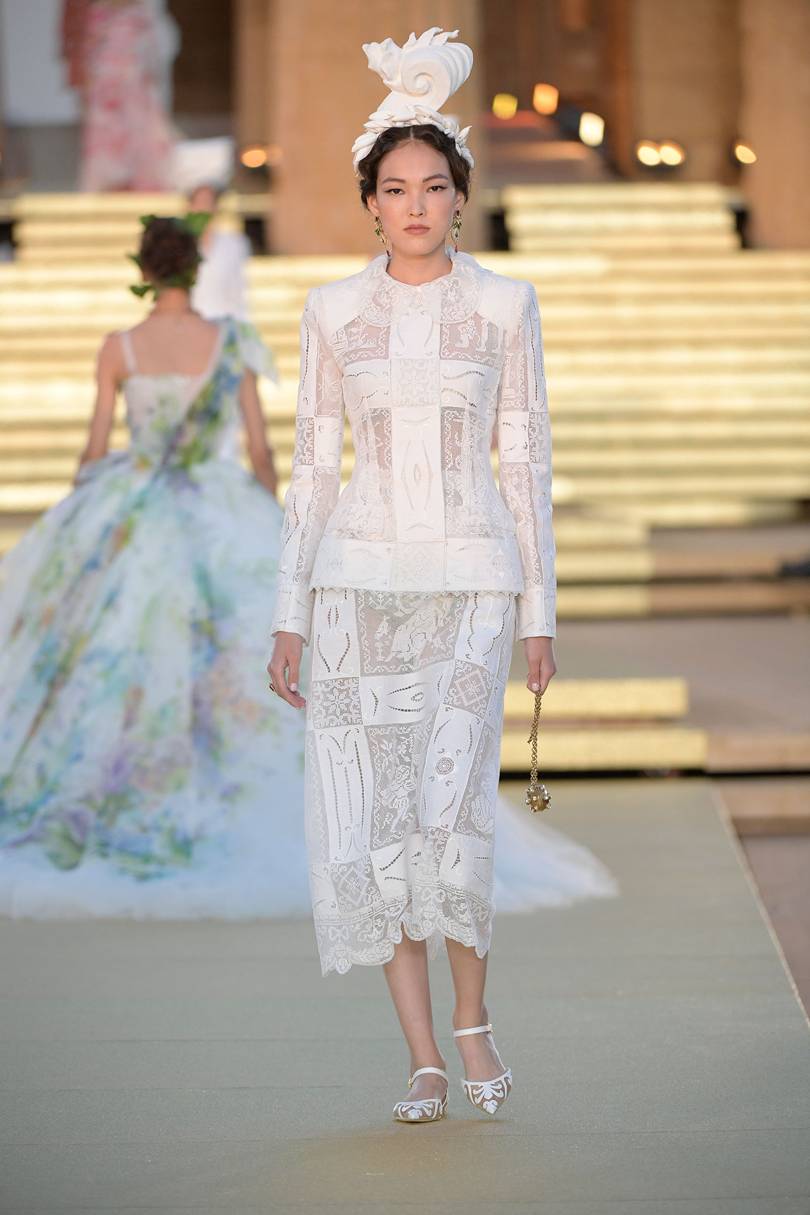 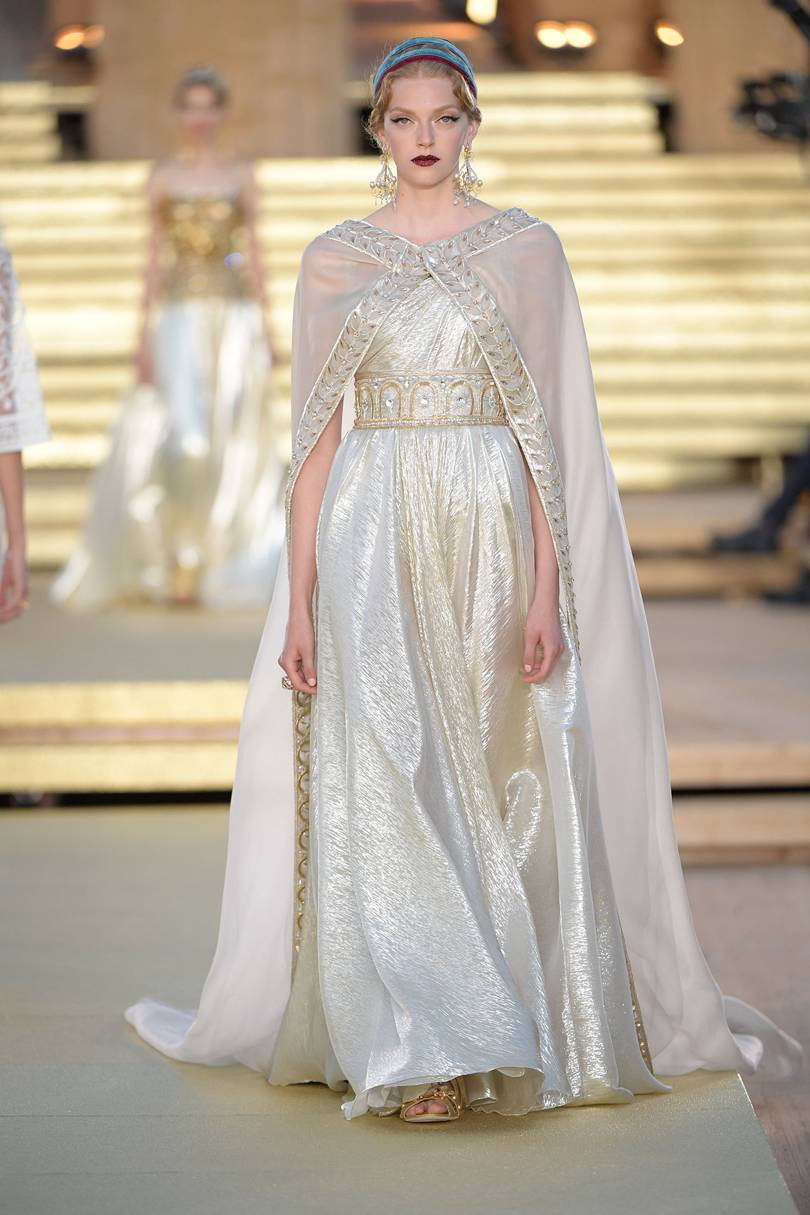 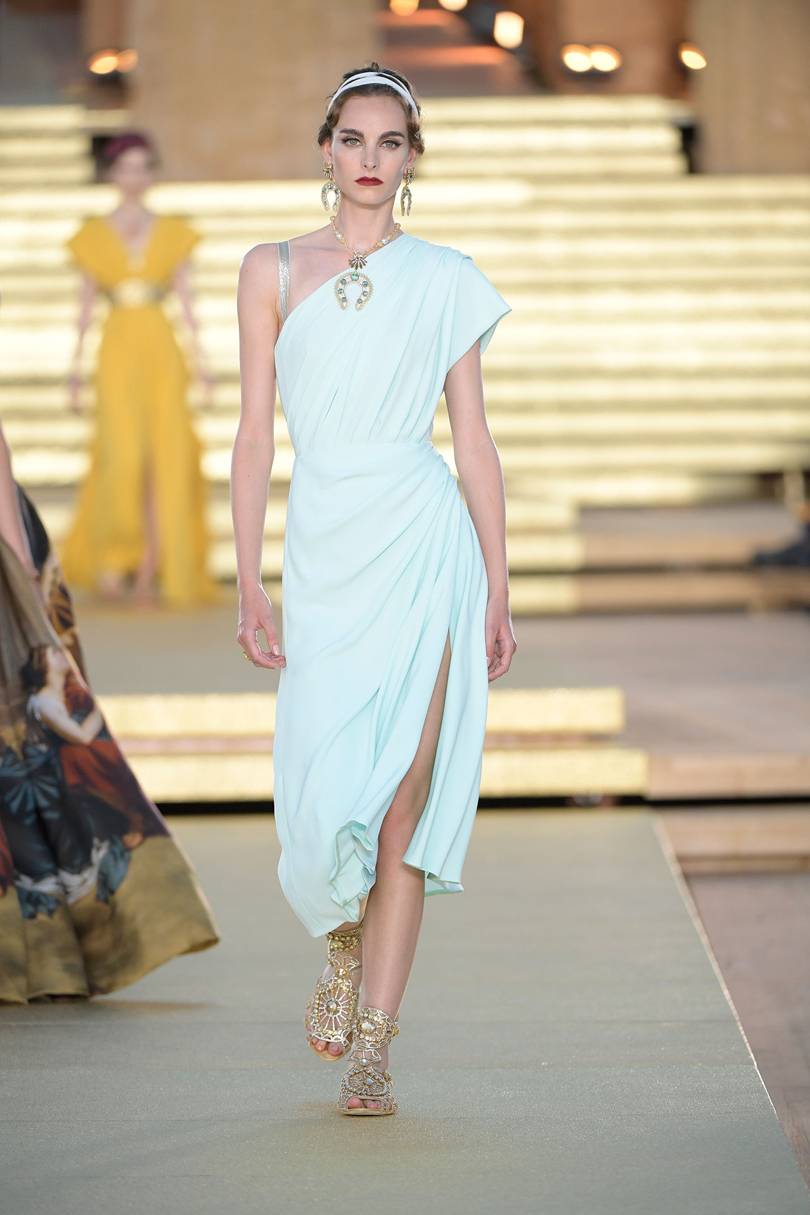 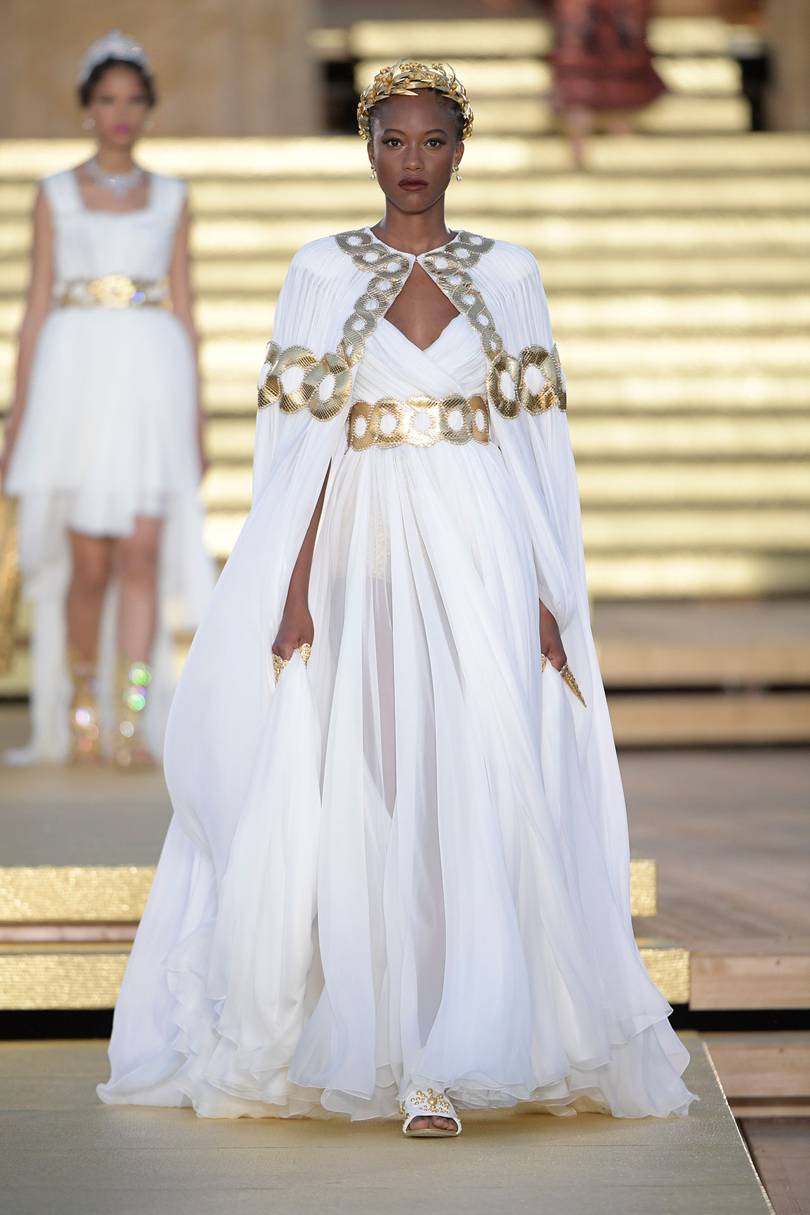 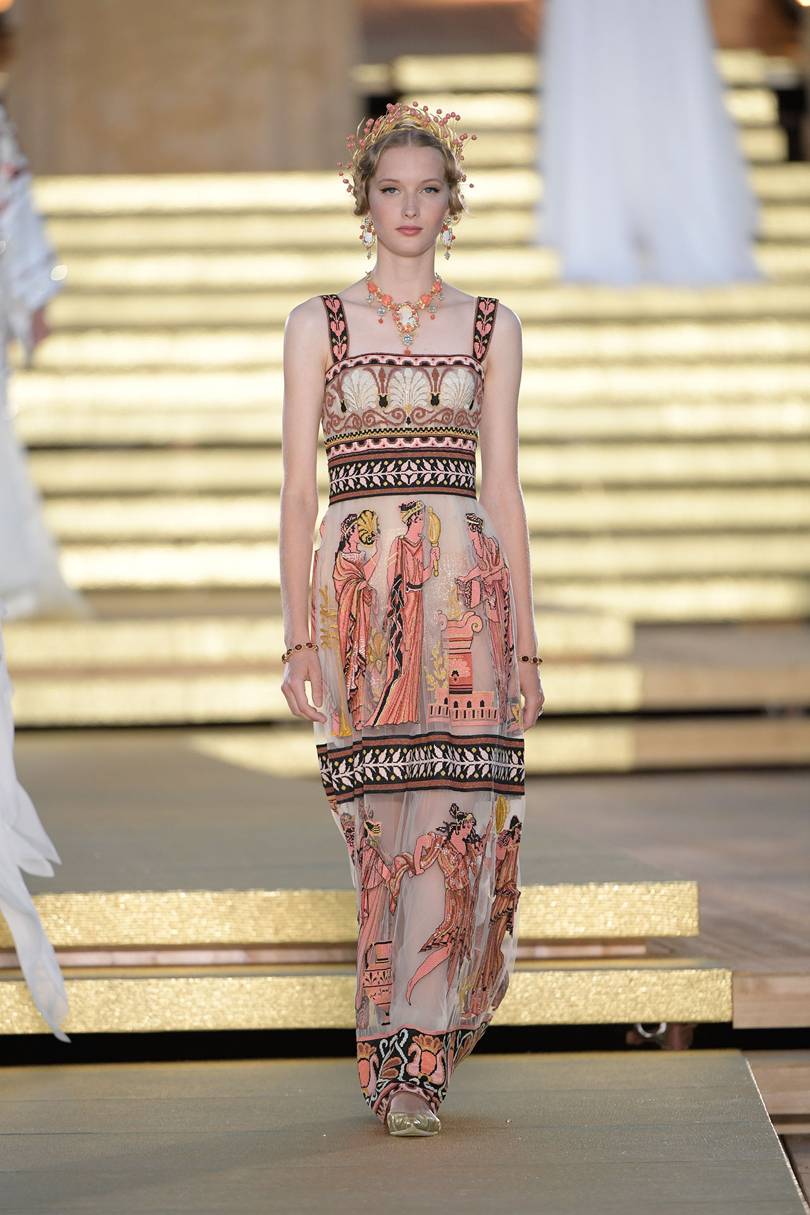 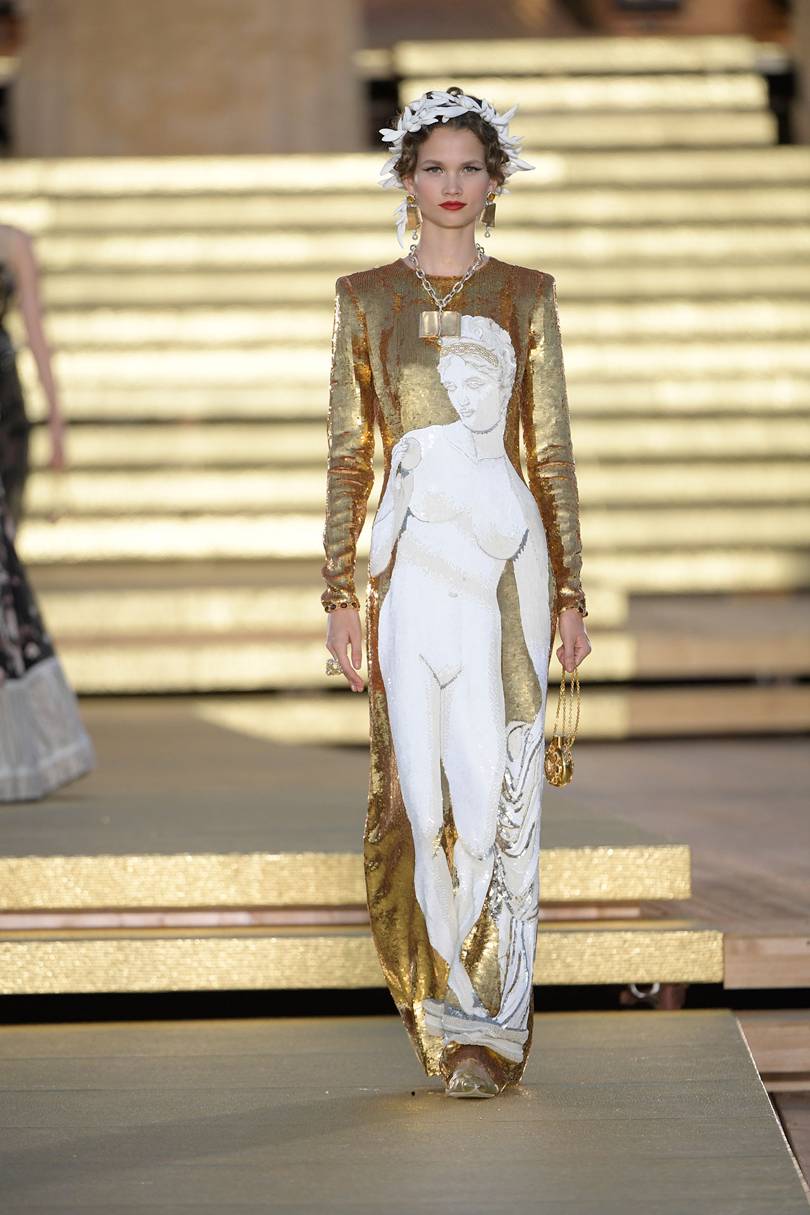 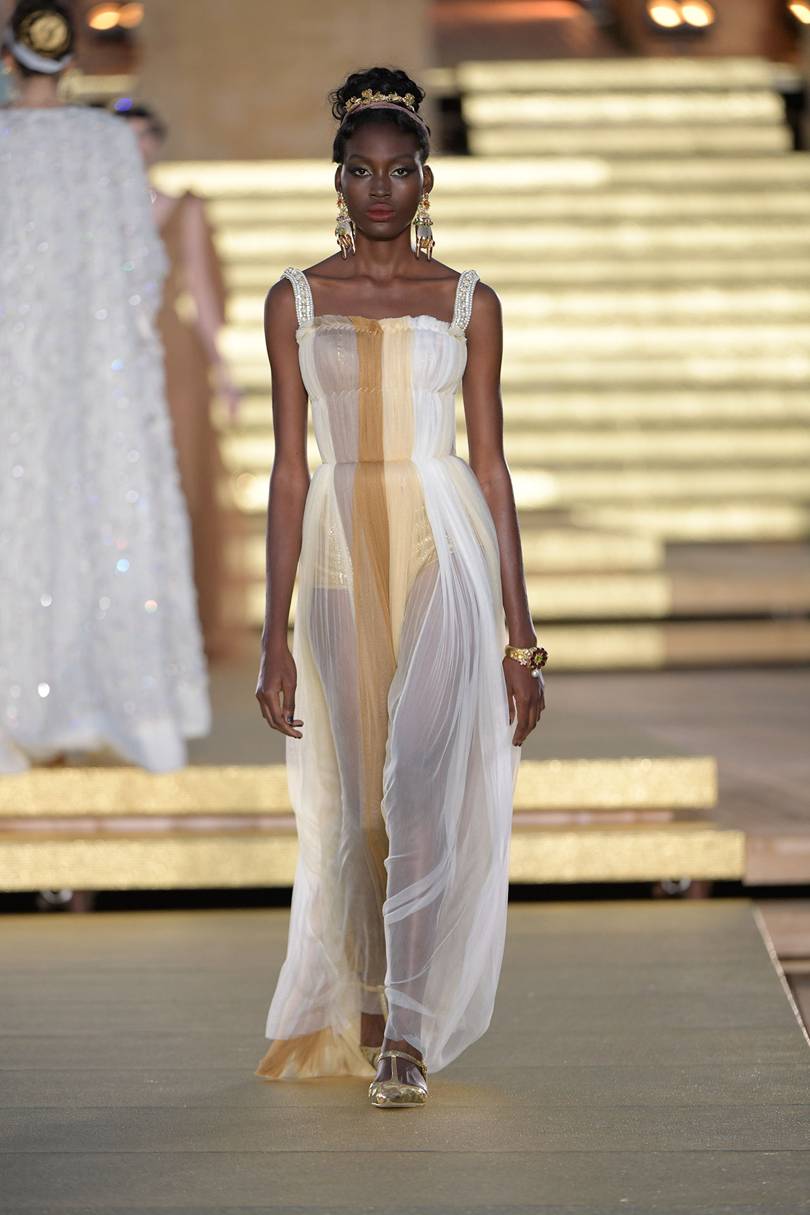 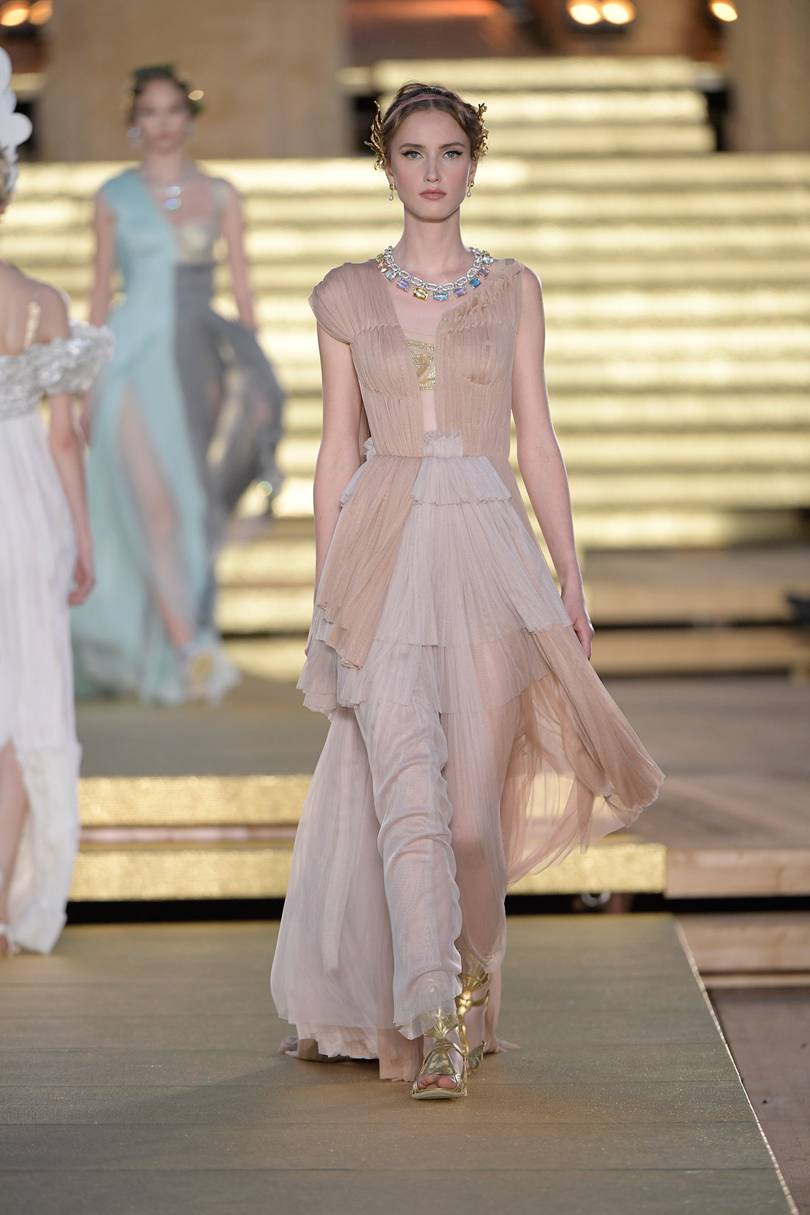 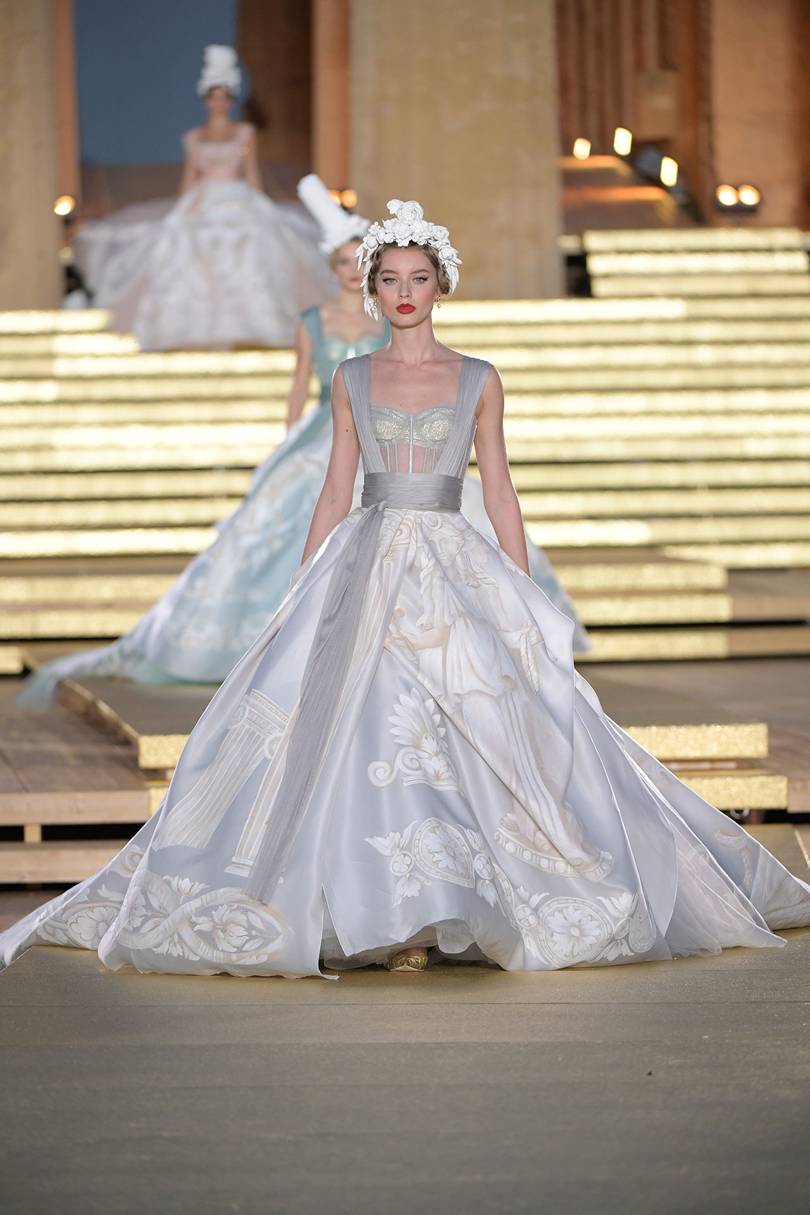 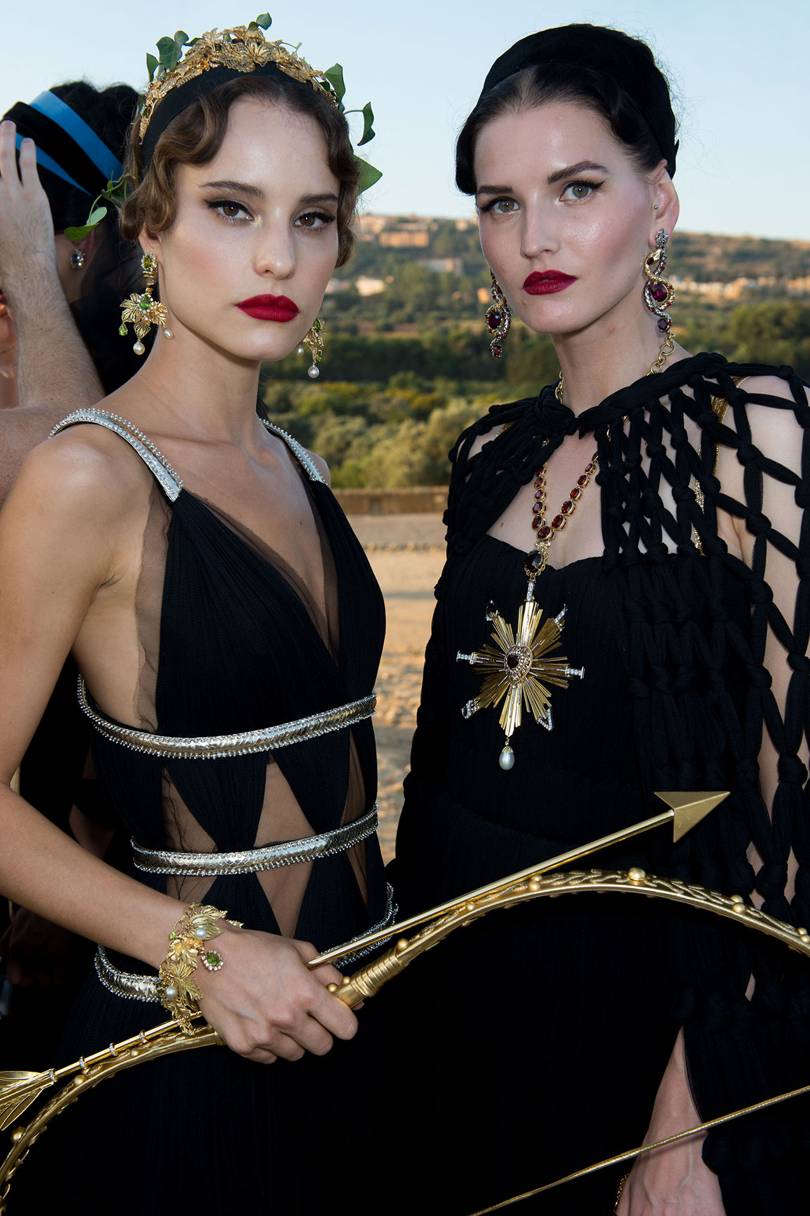 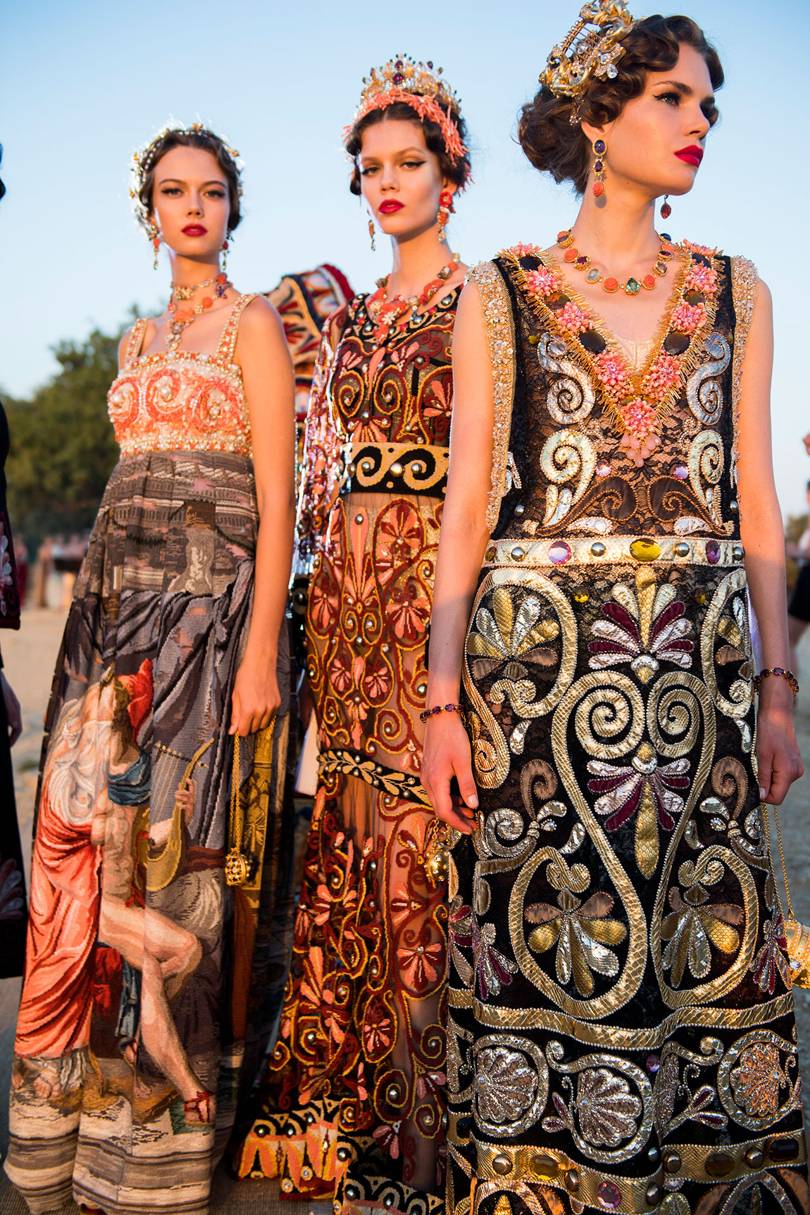 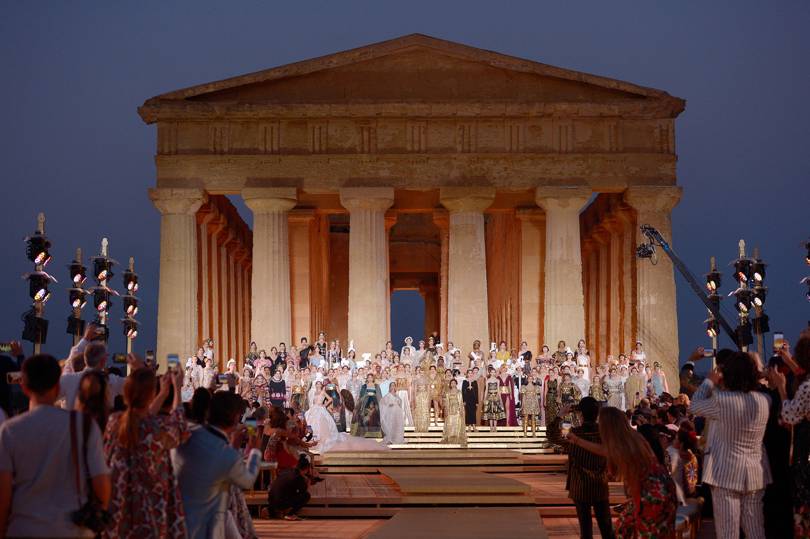 There were Pottery motifs and meander patterns materialised on dresses in delicate needle-punch embroidery on translucent tulle or lace, in beaded appliqué on a dress with sleeves shaped like ceramic vases, rendered entirely in sequins on cocktail dresses, or on a mink cape constructed in intarsia. A section of gowns paid homage to the Grecian goddess silhouette in peplos architecturally composed from plissé panels, while fringe – the most ancient idea of surface decoration – was interpreted all over a dress in micro-beaded frills that rustled like metal tinsel, and feather work was evoked exclusively through intricate, super-dimensional embroidery that resembled plumage.

There were, porcelain like dresses, tulle dresses covered in embellishments with floral decorations of Sicilian houses. The designers also created an optical illusion through a neoclassical paintings of Jacques-Louis David and Jean-Antoine-Théodore Giroust to silk gazar gowns. The fabrics were well wrapped around the model that made them look like an Ancient Greek Goddes. Overall, the show was tasteful, full of the hollywood A’listers, artistic and told a beautiful story.