With legendary leader Karl Lagerfeld who was noticeably absent, the poolside show went on.

We’ve seen many Chanel Couture brides on the runway that made us weak at the knees. (Lily-Rose Depp stunned in a pink wedding dress for Spring 2017, and we were smitten by the white feathered tuxedo from 2018.) But enter the swimwear bride, a glamour queen in a silver cutout monokini with sequins and a matching cap affixed to a floor-sweeping glitter veil. Whoa. Model Vittoria Ceretti impressed in the finale look, standing confidently in shimmering mules.

But if that’s not enough to make you stare wide-eyed at the Spring 2019 Haute Couture runway, which was transformed into a Mediterranean garden at the Grand Palais in Paris, perhaps the celebrity-filled front row will make you do a double take; that, or Kaia Gerber in a pink appliquéd midi with wispy grey feathers to boot. The celebrities like pharrell aren’t found wanting too.

The big news from Tuesday’s Chanel Spring 2019 Haute Couture show in Paris wasn’t about the new collection or another over-the-top set design (though there was that in the form of a makeshift villa, complete with pool). Rather, it was the mysterious absence of designer Karl Lagerfeld that sent waves of whispers through the fashion industry.

In an unusual move for the prolific Lagerfeld, the designer did not appear to take his bow at the end of either couture show, instead sending right hand and sometime runway companion, Chanel Fashion Studio Director Virginie Viard in his stead. According to a report from WWD, an announcement made at the 10 a.m. show stated Lagerfeld would appear at the second show slated for noon; at that show, however, the same announcement was made which ended with, “We wish Mr. Lagerfeld to recover quickly.” Well, it says it all.

So back to the show, what we can;t help but notice are the hair and makeup, accessories like the  couture swimming cap and the shoes which sets a new trend for the SS19 fashionistas. 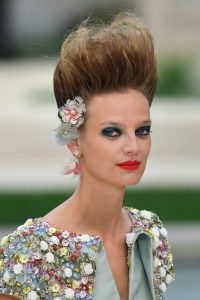 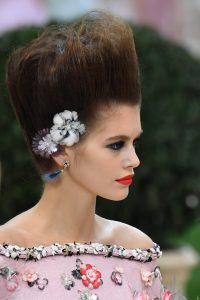 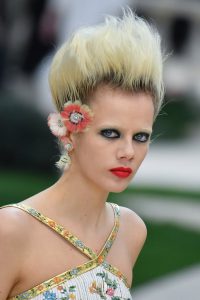 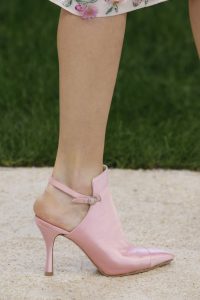 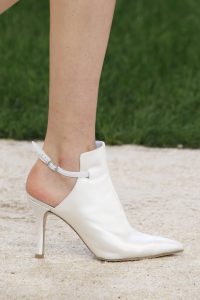 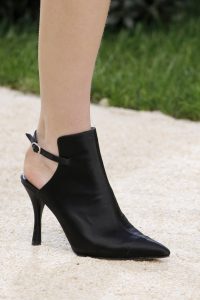 Read on to see all the images from the latest show, and join us in imagining a wedding that takes place on the beach with one villa nearby for changing into a miraculous designer one-piece, no gown necessary and that lucky cover model of a magazine wearing it.