From python prints and plaid to slouchy suits and hair accessories.
MARIA BOBILA 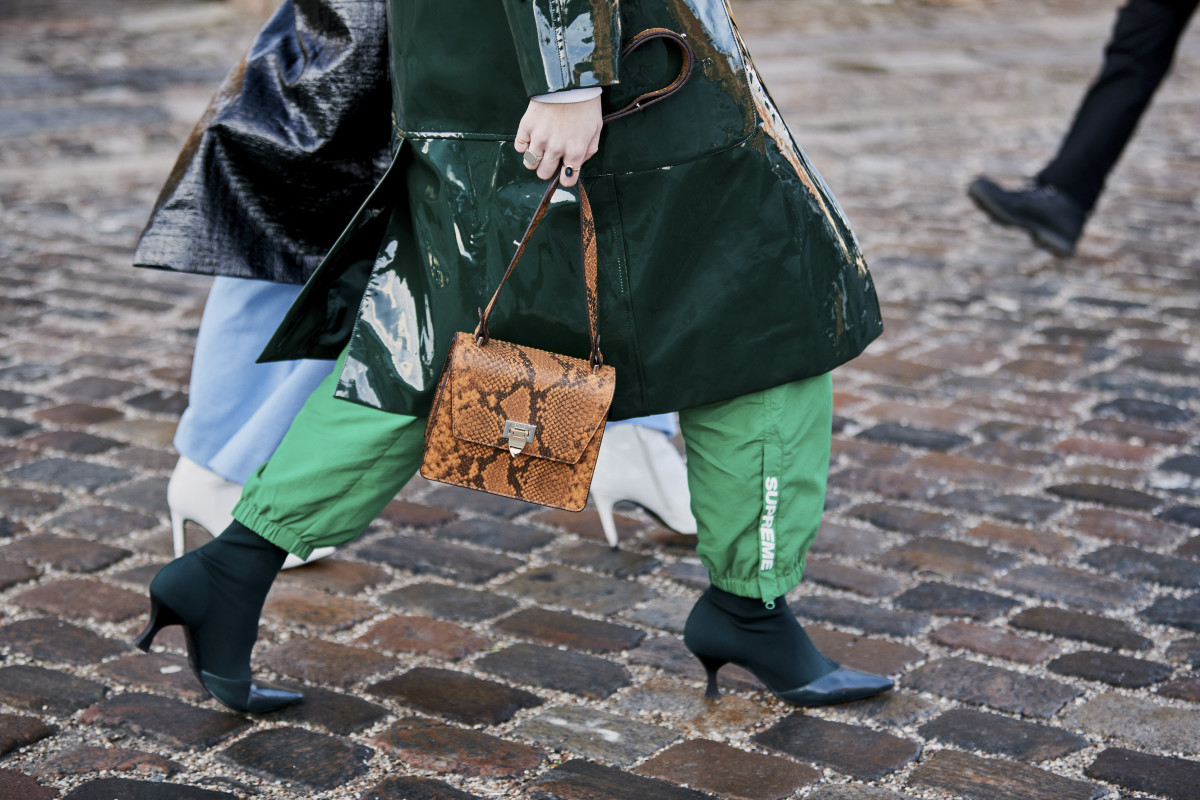 We’re back at it again, New York Fashion Week! After stocking up on our fashion month essentials and combing through our inbox for invites and seat assignments, it’s finally time to get to the fun part: getting dressed. Along with the rest of the street style crowd, we’re brainstorming our best outfit ideas for a seven-day showcase of New York’s Fall 2019 collections. And since the industry is fairly small — and we’re all probably looking at the same Instagram accounts for inspiration — there will likely be a few repeat “It” items among everyone’s ensembles, from python prints and plaid to slouchy suits and hair accessories. Read on to find out what fashion products you’ll probably be seeing everywhere at New York Fashion Week. 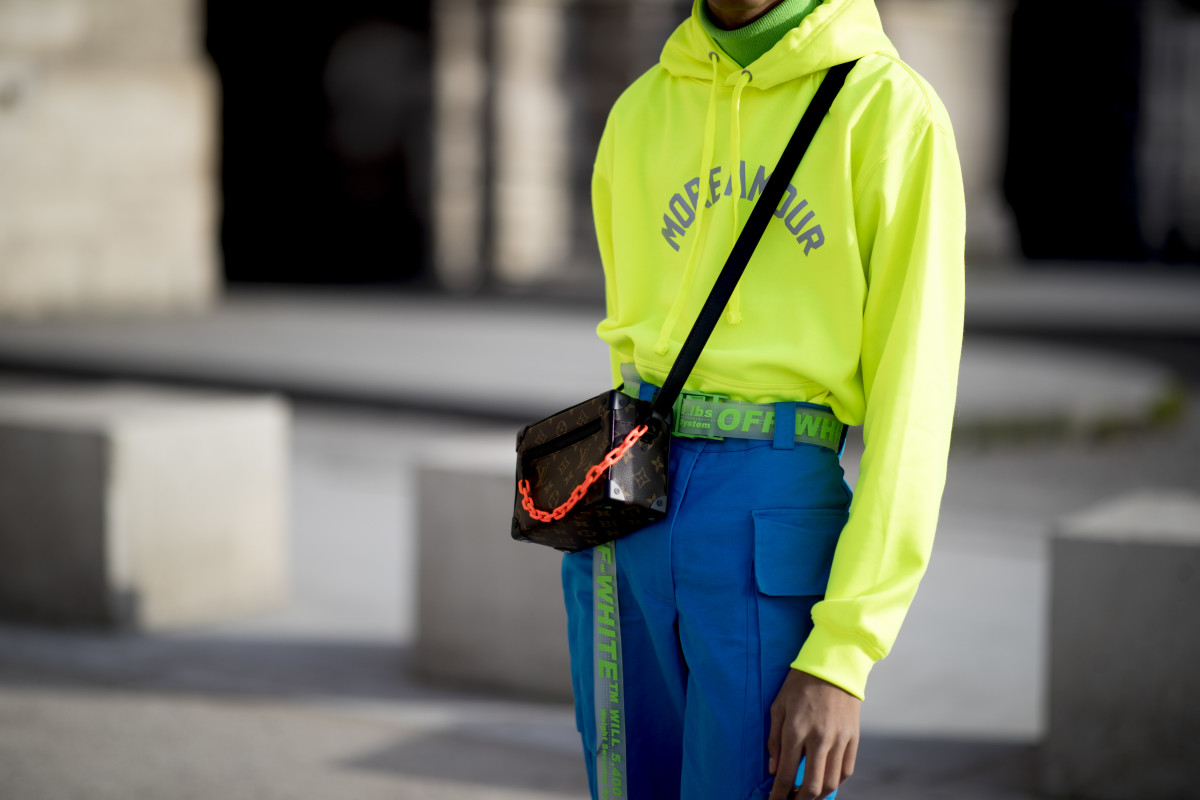 With Virgil Abloh’s debut collection for Louis Vuitton men’s finally hitting stores, we expect to see a rise of LV-logo items among showgoers this season. 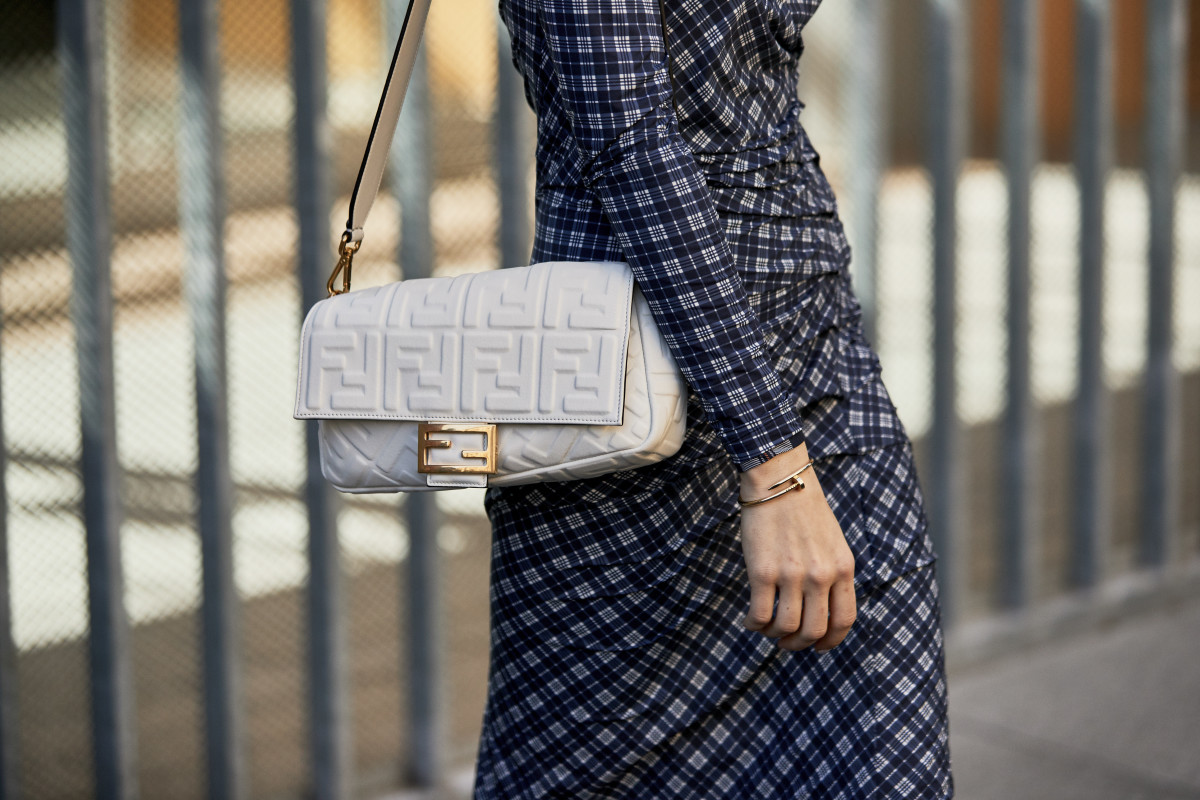 In similar Dior Saddle Bag fashion, Fendi is betting on early-aughts nostalgia to push its famous Baguette style among consumers. We’ve already seen a slew of influencers promoting the item via (paid) Instagram posts, and chances are they’ll bring their gifted Baguettes to the shows, too. 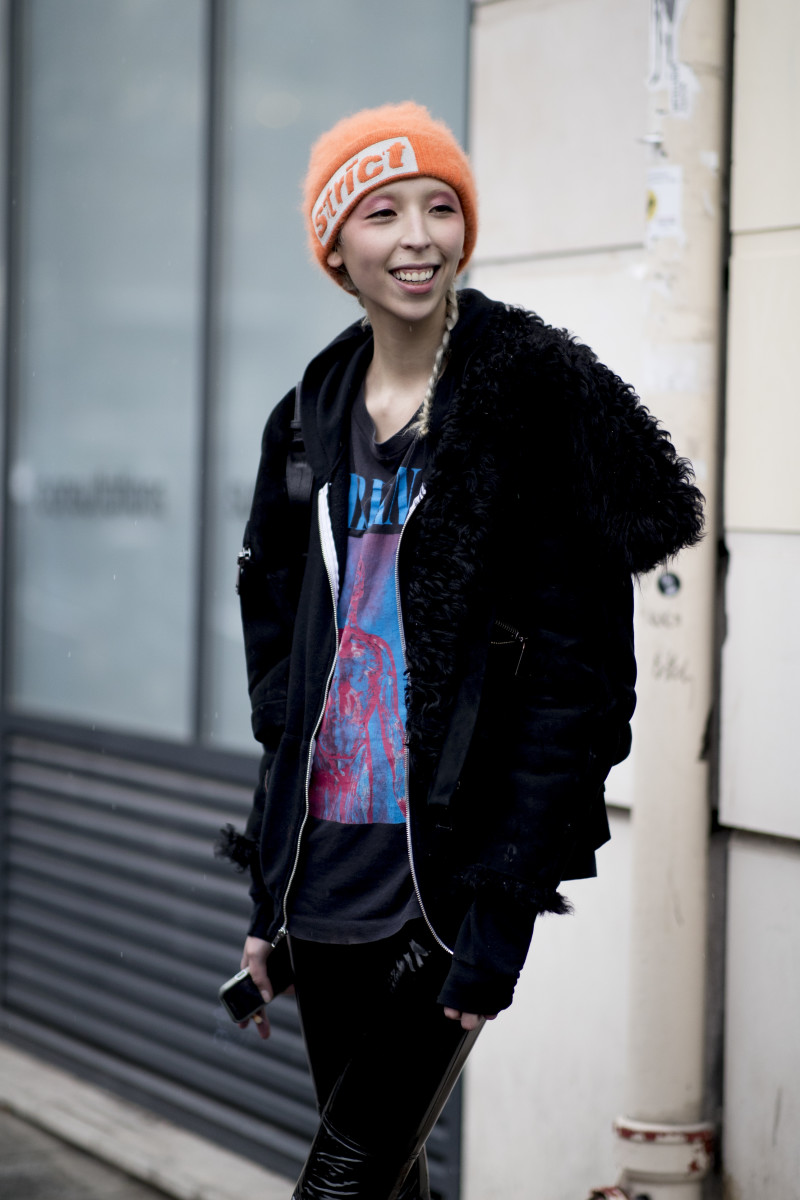 Sure, traipsing throughout the city from show to show sounds glamorous, but traveling between venues in the middle of February — along with snow, rain and sometimes freezing temps — kind of sucks. So we protect ourselves from the elements, but make it fashion, and that involves as many quirky, winter-ready details as possible, like a bright, neon-hued beanie. 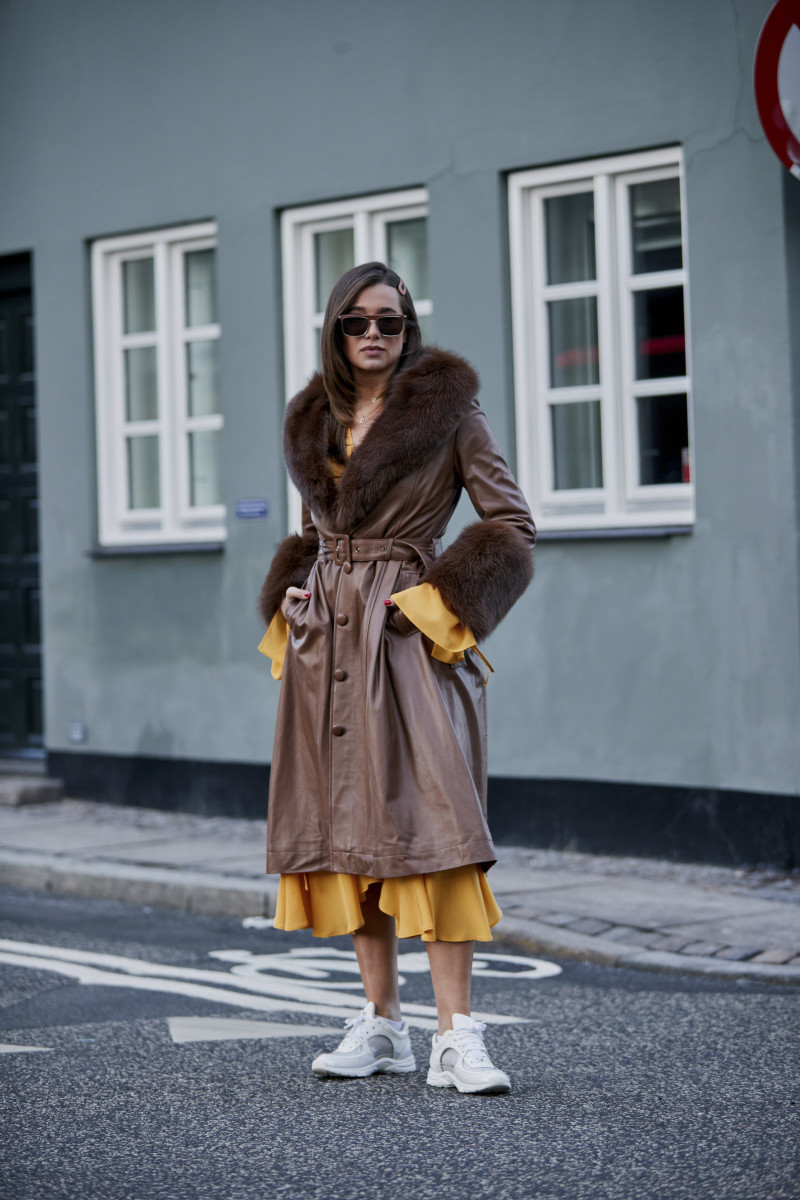 Since coats are pretty much the wardrobe requirement during fashion week in February, all sorts of statement outerwear will please the street style photographers hoping to fill their sartorial content quota. The heavy-hitters for this season? Saks Potts belted coats (seen above), colorful faux fur and teddy jackets. 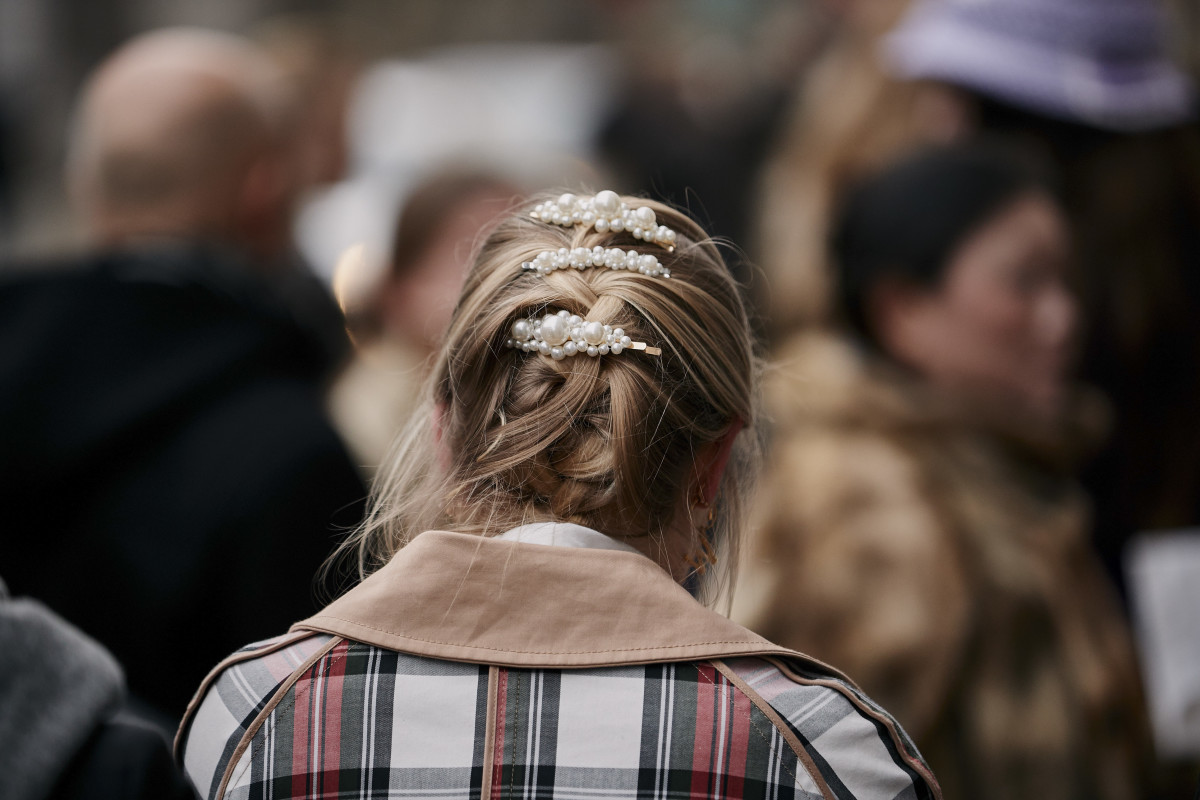 Scrunchies, barrettes and banana clips (or is it claw clips?) are making a big comeback in the beauty department, which means showgoers will get very creative when it comes to accessorizing their own hairstyles, such as this trio of pearl-adorned hairpins seen above. 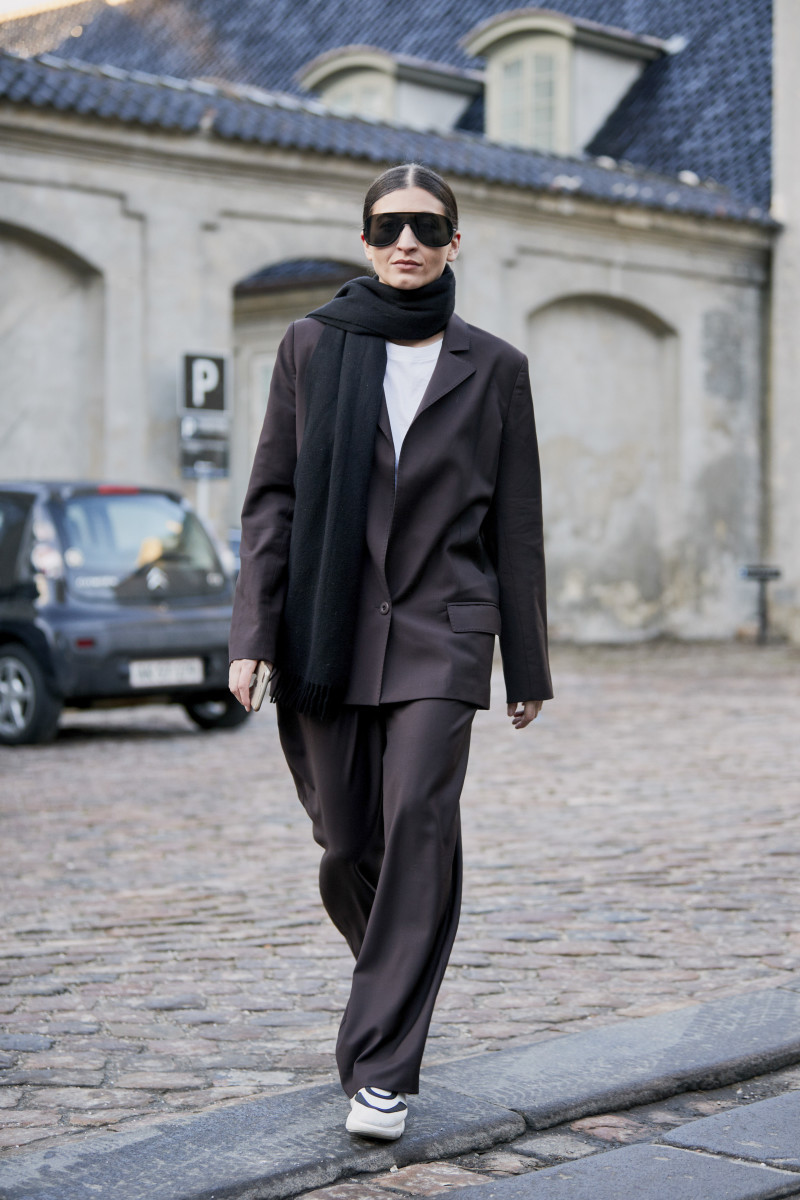 Suits have become quite the street style staple over the past few seasons, and we’ve seen this two-piece ensemble in a variety of styles, from candy-colored versions to boasting all-over prints. The suit’s latest iteration is a super-slouchy silhouette, usually paired with chunky sneakers. 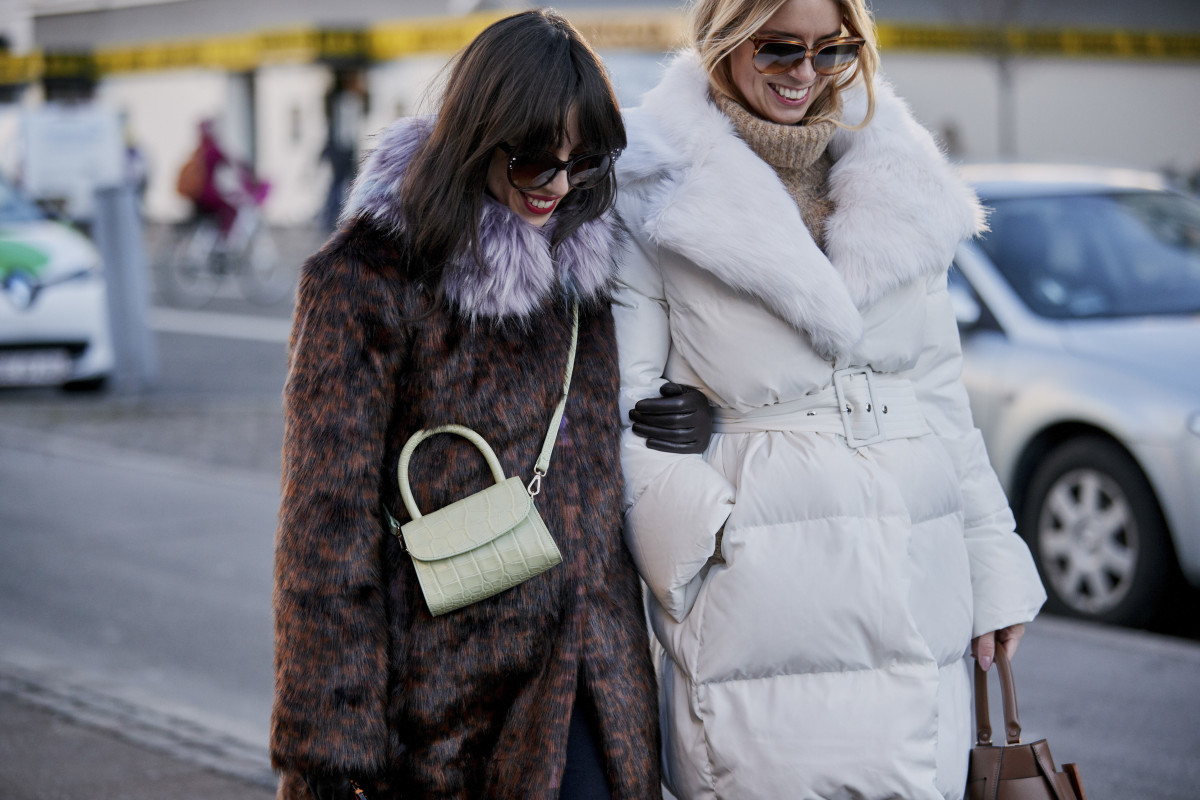 While fanny packs are still riding a wave of popularity, we sense the accessory is nearing its peak among industry insiders. At the women’s shows, a slightly-inspired version will be on the rise instead: mini crossbody bags. They’re held up close across the chest — much like a clout pack — but will come in a slew of different styles, like By Far’s beloved version in a mock-croc material (seen above). 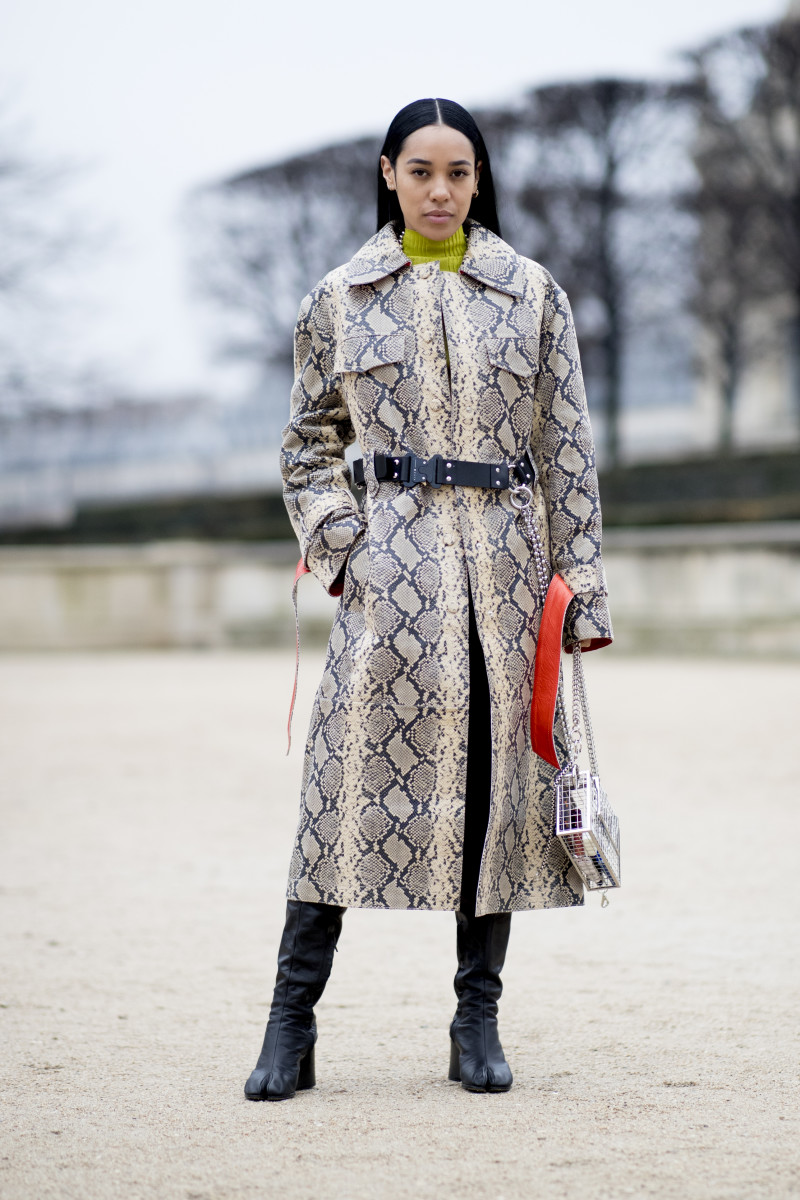 Leopard print was the motif du jour at NYFW last season, and python prints had a bit of a moment, too. But we think the snake-style pattern will get the street style spotlight even more this time around. 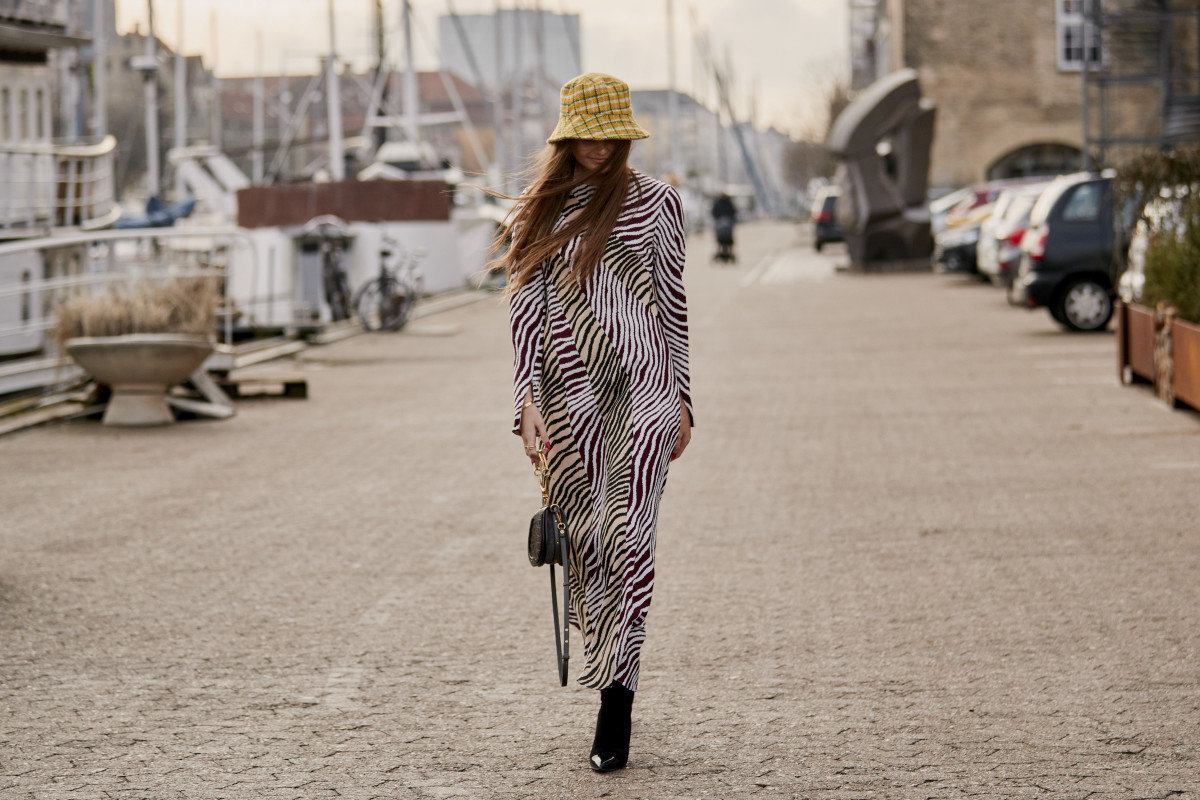 In addition to python prints, zebra stripes — in multiple colorways beyond just black and white — will adorn a number of outfits, as well. 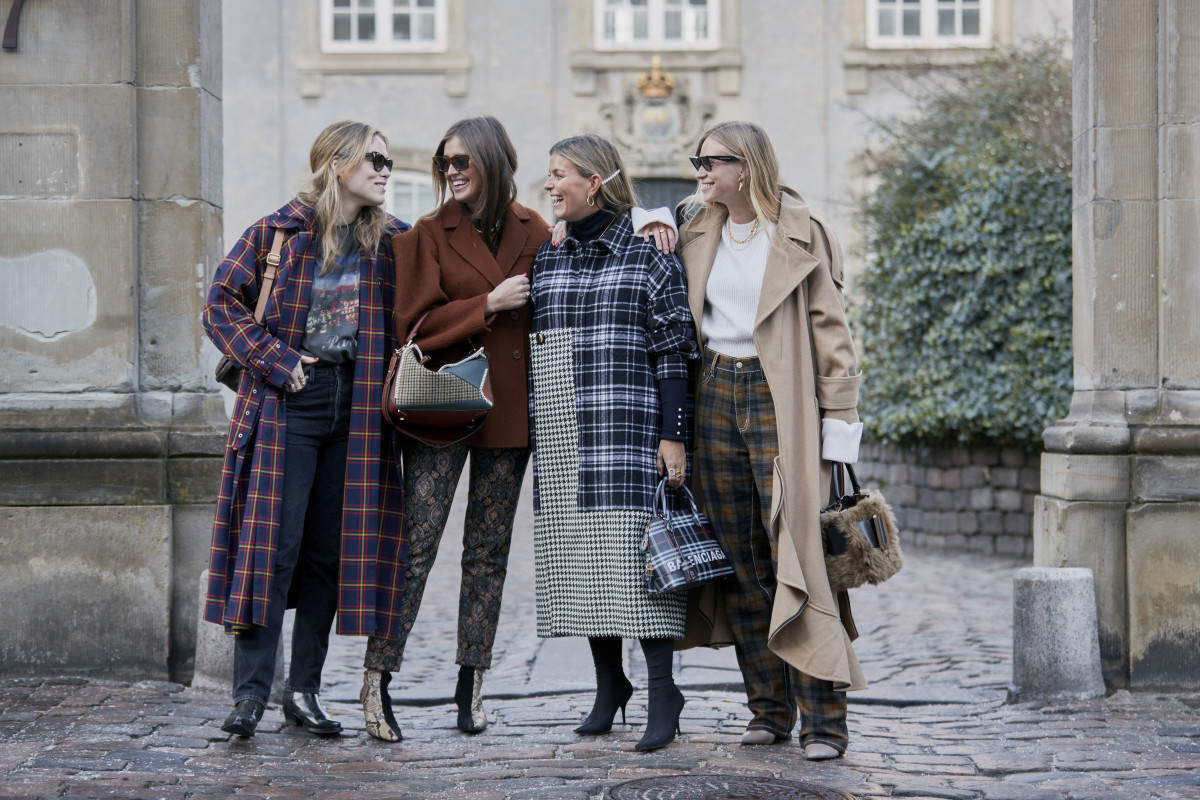 If we’re following where fashion’s trend pendulum will soon swing, then we’re experiencing a revival of prep in response to all things streetwear, athleisure and normcore. One way to ease into this polished aesthetic is by wearing plaid in all different forms, like coats, tailored pants or mixed-and-matched into one whole outfit. 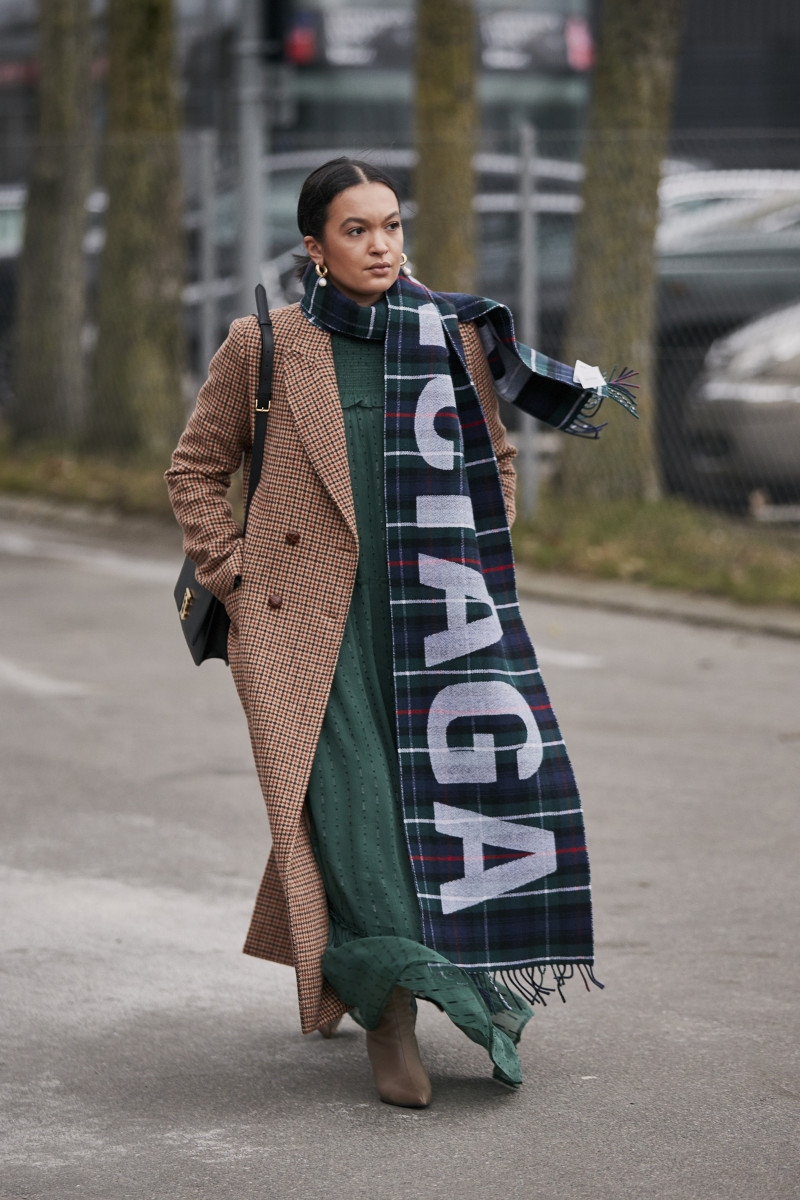 Large, logo-covered blanket scarves — by the likes of Balenciaga, Acne Studios, Fendi and more — will not only keep the street style crowd warm in between shows, but they help make a major, literal fashion statement, too. Win win.