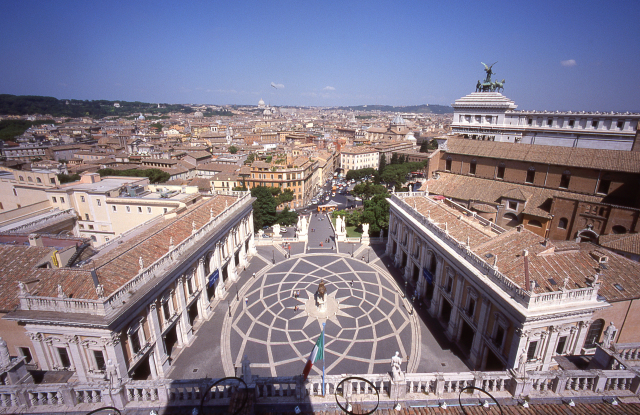 The show will be presented on May 28 2019 at the Capitoline Museums.

Gucci chose not to travel far for its cruise 2020 fashion show — instead, it has selected one of the most striking sites in what’s called close to home- Rome: the Capitoline Museums.

The creative director Alessandro Michelle, has chosen a place that reflects his childhood and his ongoing interest in ‘the Old World’ inspirational theme. Located on the Capitoline Hill, the museums display a large number of ancient Roman statues, inscriptions, and other artifacts; a collection of medieval and Renaissance art, and collections of jewels and coins, among others. In line with his interests, most recently Michele shot the brand’s pre-fall 2019 collection in the archaeological parks of Pompeii, Herculaneum and Selinunte.

As of last year, Gucci Cruise shows were previously held at the Promenade Des Alyscamps in a Roman necropolis in the southern French city of Arles. Also at the Dia-Art Foundation in New York City; the Cloisters of Westminster Abbey in London; the Palatine Gallery at Pitti Palace in Florence.

It was also reported that over the next two years the Florence-based company will make a donation to support the restoration project of the Rupe Tarpea, the Tarpeian Rock, a steep cliff of the southern summit of the Capitoline Hill, overlooking the Roman Forum, in addition to his cruise 2020 plan.

This won’t be the first donation made by the brand. Gucci has supported the restoration of Florence’s Boboli Gardens two years ago in which it pledged  a donation of $2.1 Millions.

Gucci has also established cultural collaborations with Palazzo Strozzi in Florence, the Minsheng Art Museum in Shanghai, Chatsworth House in England and LACMA in Los Angeles in recent years.

It happens that Gucci’s Cruise 2020 presentation is not the only brand presenting, it follows that of Dior, which will stage its resort show this year in Marrakech on April 29 and Chanel, which is set to show its cruise collection at the Grand Palais in Paris on May 3. Prada will stage its cruise show in New York on May 2, with Louis Vuitton to follow on May 8, and Max Mara will show its 2020 resort collection in Berlin on June 3.