The Hadid Sisters, Kaia Gerber, Adut Akech and Imaan Hammam give the new Moschino SS’20 Campaign a new meaning when they turned from models to rock and roll stars.The campaign was shot by Steven Meisel who can do no wrong when it comes to magazine covers, fashion editorials and advertising campaigns.

Jeremy Scott’s direction for the brand’s campaign can be called a fabulously camped ones and thanks to the iconic photographer Meisel who has been working with Moschino since 2014. Moschino was on the road on Dynasty theme campaign last season  and we are grateful for the new 80s theme for the Spring 2020 collection which featured Gigi Hadid, Bella Hadid, Kaia Gerber, Adut Akech and Imaan Hammam who were rocking out as Moschinorama.

The campaign was shot with 80s girl group realness look and the “band” even performs Karla DeVito’s “Cool World” in the campaign videos with Tyra Banks making surprise cameos. 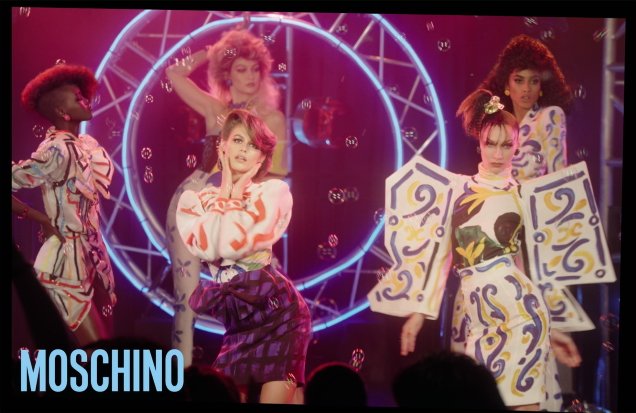 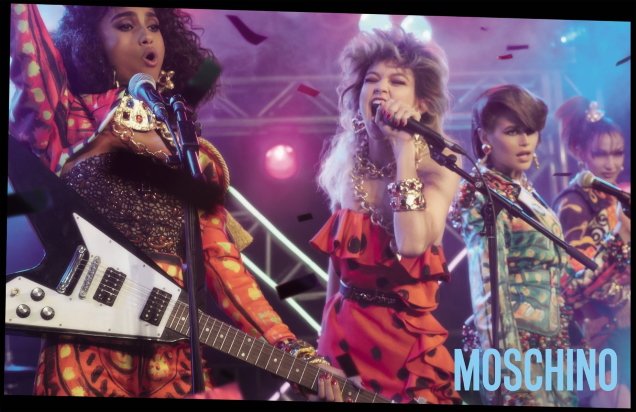